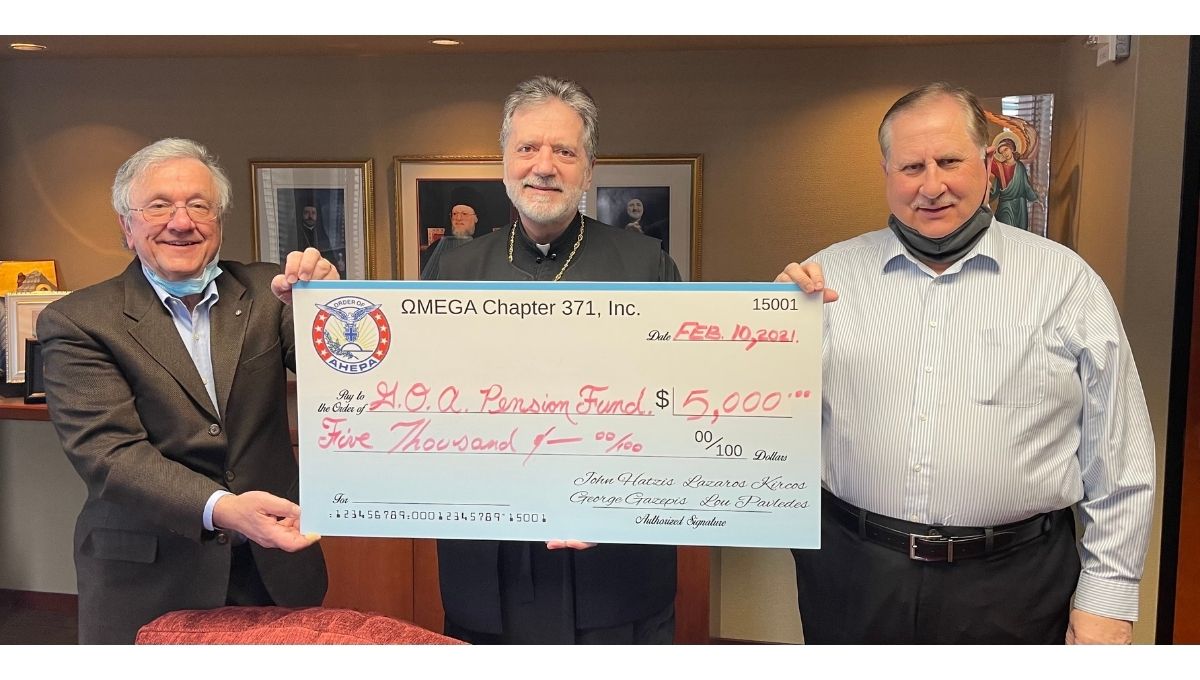 Along with the AHEPA Omega’s ongoing support of Greek Orthodox parishes in the Metropolis of Detroit with contributions to fund-raisers, iconography programs, COVID relief, and other projects; this year the organization has also shown their love and support for our Clergy with a $5,000 contribution to the GOA Clergy Pension plan.

A few years ago, it became clear that the GOA Pension Plan was not fully funded. Working together, the GOA and Archdiocese Benefits Committee (ABC) began developing plans to address the deficit and improve the plan's funding. Although the plan has sufficient assets to meet pension payments for the next 15-25 years, everyone wanted to ensure that the plan has sufficient assets to pay all accrued benefits when due well into the future.

To address that issue, funding from the GOA as well as parishes has been enhanced and the GOA and ABC have been working to encourage donations to the plan to help address its long-term underfunded status. Omega's contribution is in recognition of that need and a desire to help fill the gap.

AHEPA stands for the American, Hellenic, Educational Progressive Association. Founded in 1922, this service organization is now the oldest and largest Hellenic heritage membership organization in the United States. With over 400 chapters worldwide, AHEPA promotes values of ancient Greece, which involve Hellenism, Education, Civic Responsibility, Family and Individual Excellence and Philanthropy.

• HIS EMINENCE METROPOLITAN NICHOLAS OF DETROIT