As a first step in gauging the efficacy of the investments made by the Archdiocese in its Ministries, the Archdiocese commissioned Barna Group, a leading research group that works with faith- based organizations, to perform a study with two phases:

The objective of the research was to determine which Ministries are found to be the most useful to users and should be maintained, perceptions of the value of those Ministries and where investments should be made, reduced or eliminated to optimize the use of Total Commitment funding.

An online survey was utilized that was managed by Barna and to ensure validity of the study, responses were collected anonymously. 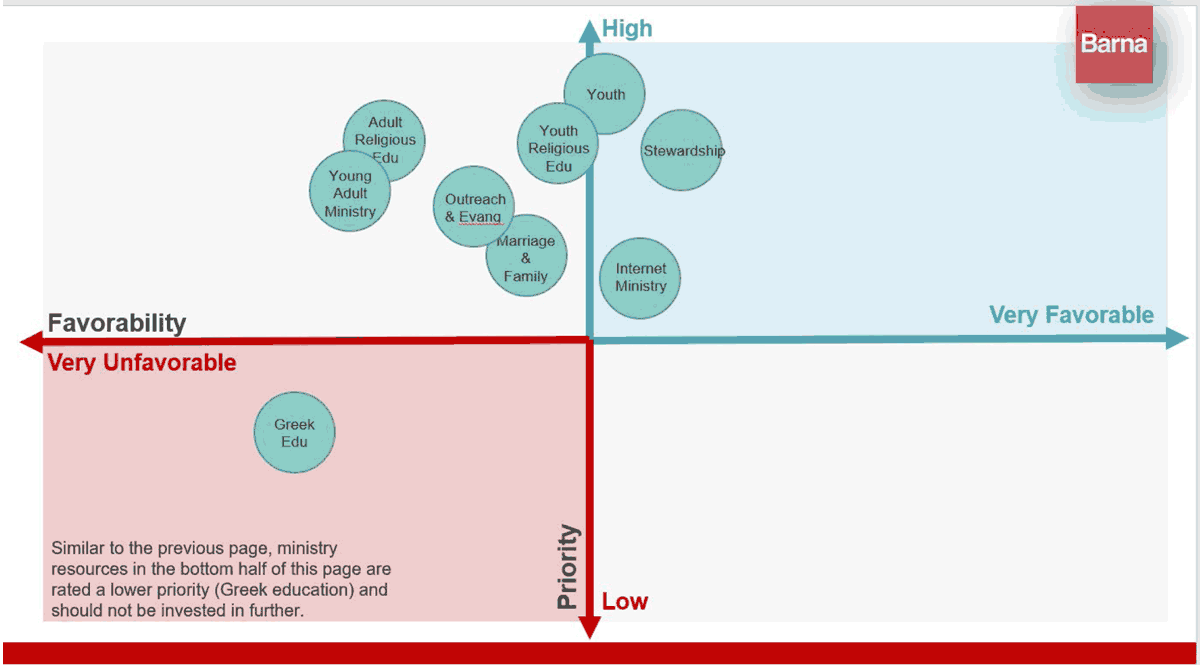 The above chart plots favorability against priority and shows those Archdiocesan Ministries that have the highest priority and the most favorable ratings in the upper right-hand quadrant: Youth Programs, Stewardship and Internet Ministries.

75% or more of all leaders prefer programs and resources developed by the Archdiocese that they can modify to fit the needs of their local parish including 75% of Clergy.

Just 14% of Clergy prefer programs or resources developed by the Archdiocese that can be administered without any additional work of the part of the Parish. 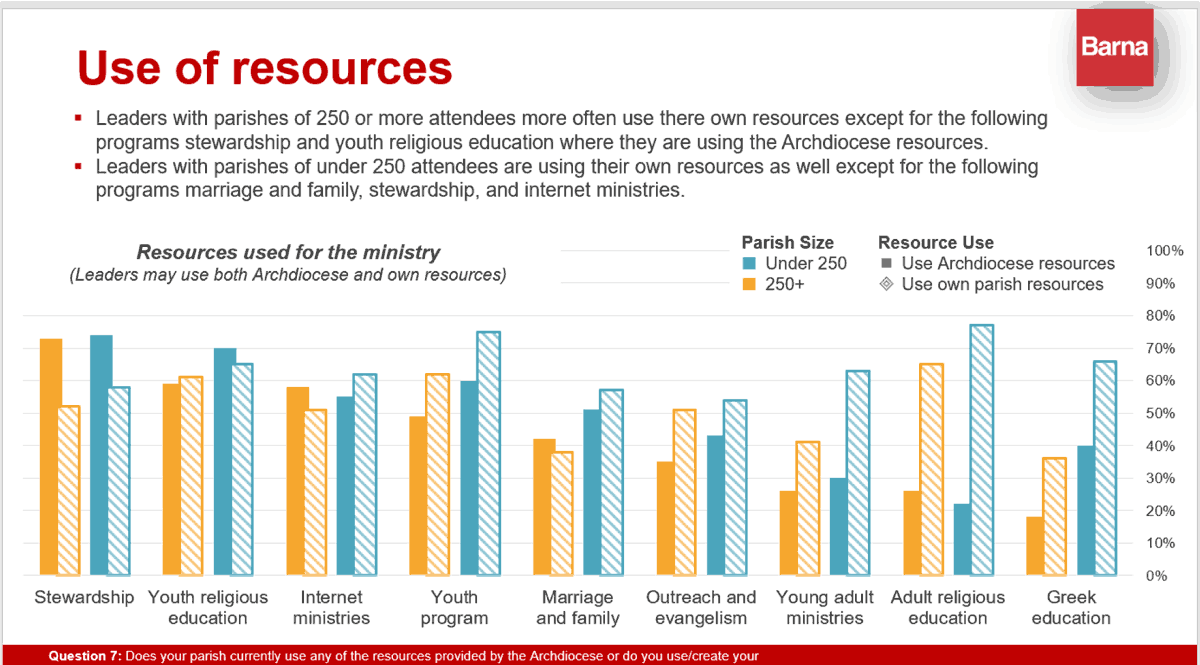 Importantly the survey asked about where the Archdiocese should invest in terms of Ministry dollars and resources. Ministries where more investment is warranted: 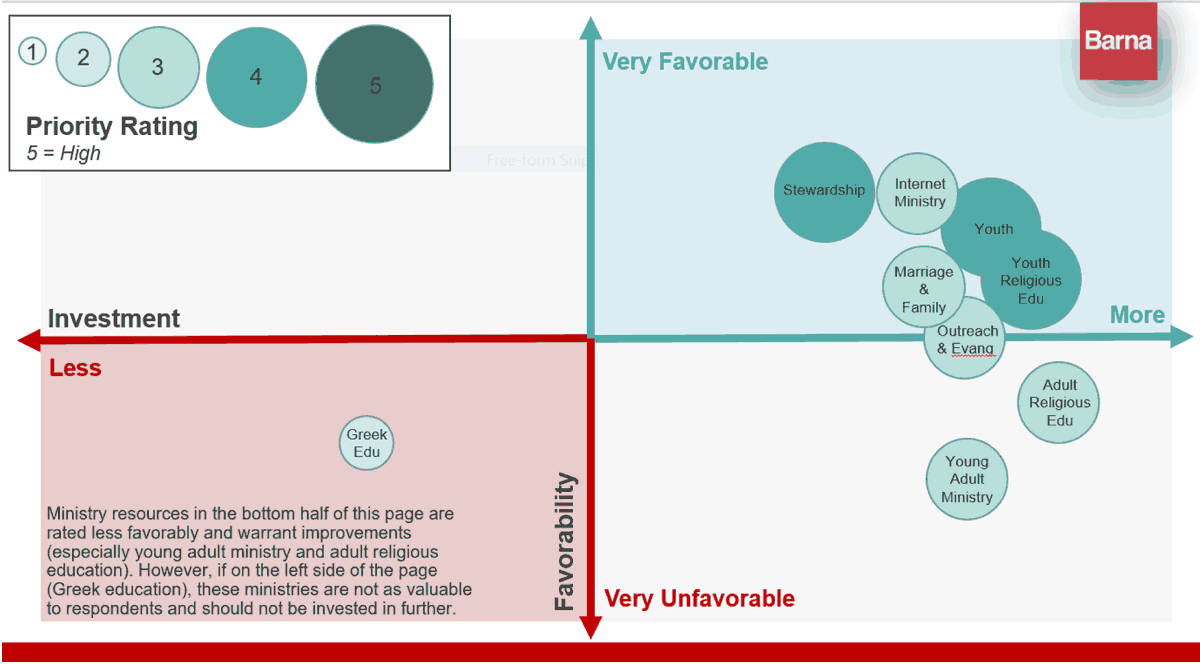 The above chart plots favorability of Ministries against investment and shows those in the upper right-hand quadrant as being most favorable and requiring more investment.

Communications were also surveyed and had the following top line findings: 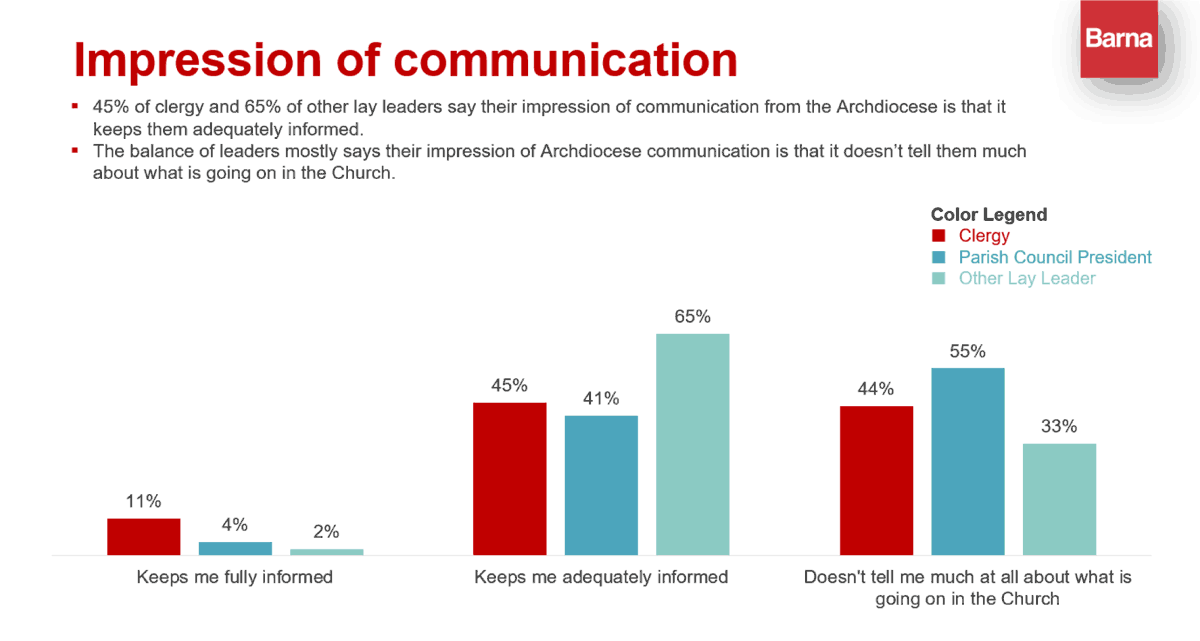 The following are the types of information that are most sought by Clergy and Lay Leaders to be included in regular communications. 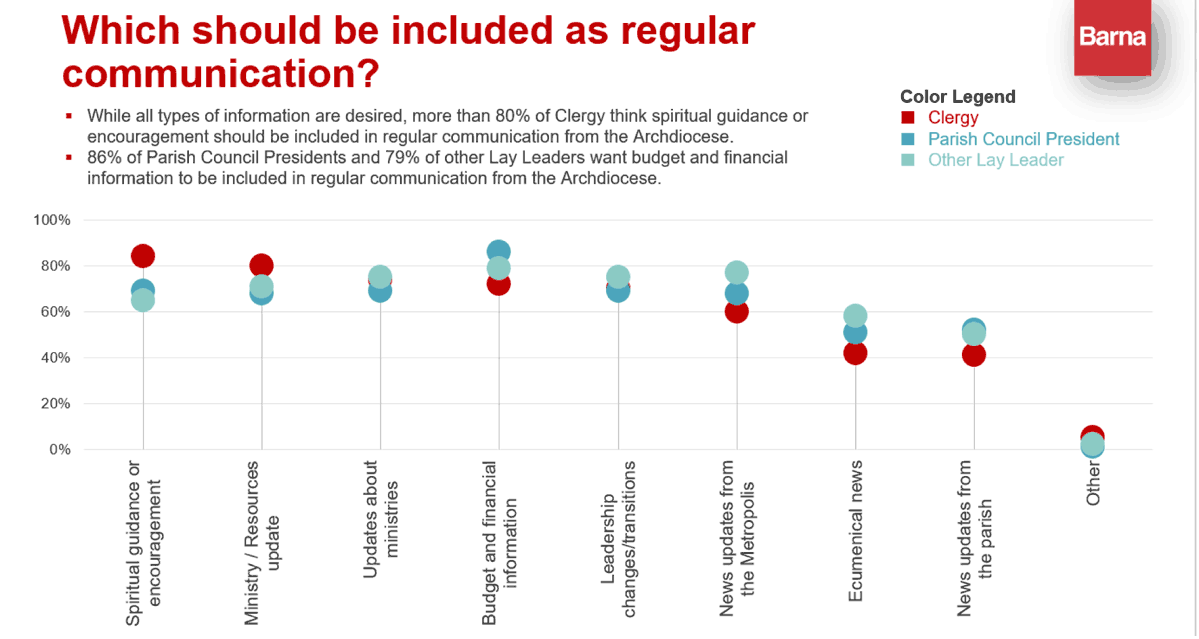 Sources of information are received from the following: 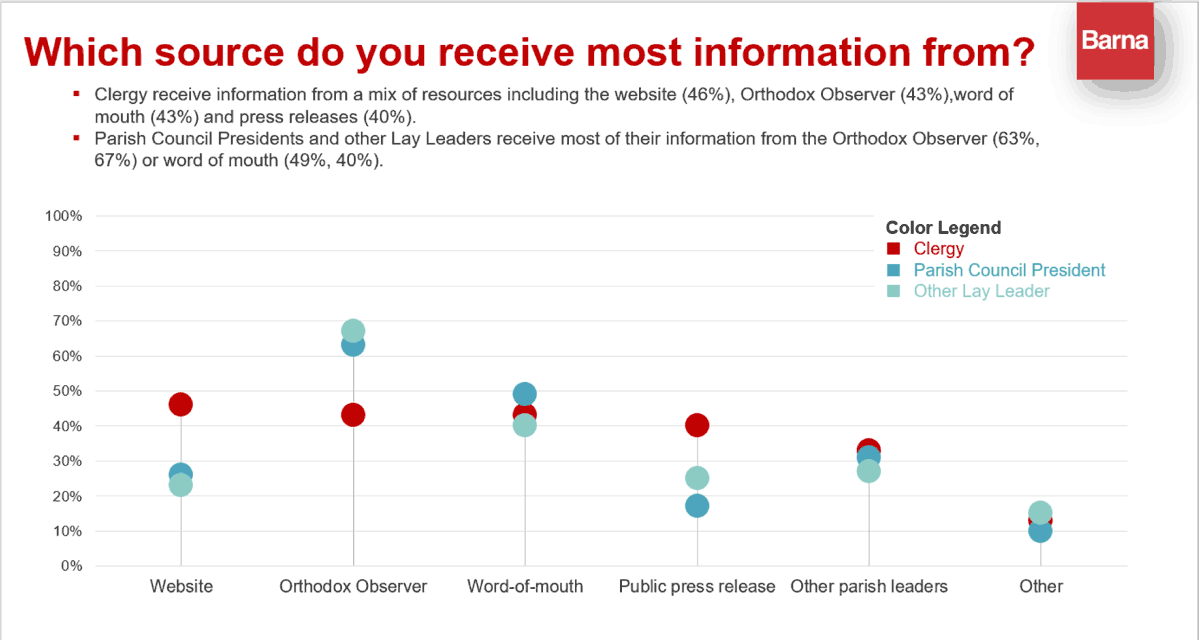 Funding and Next Steps