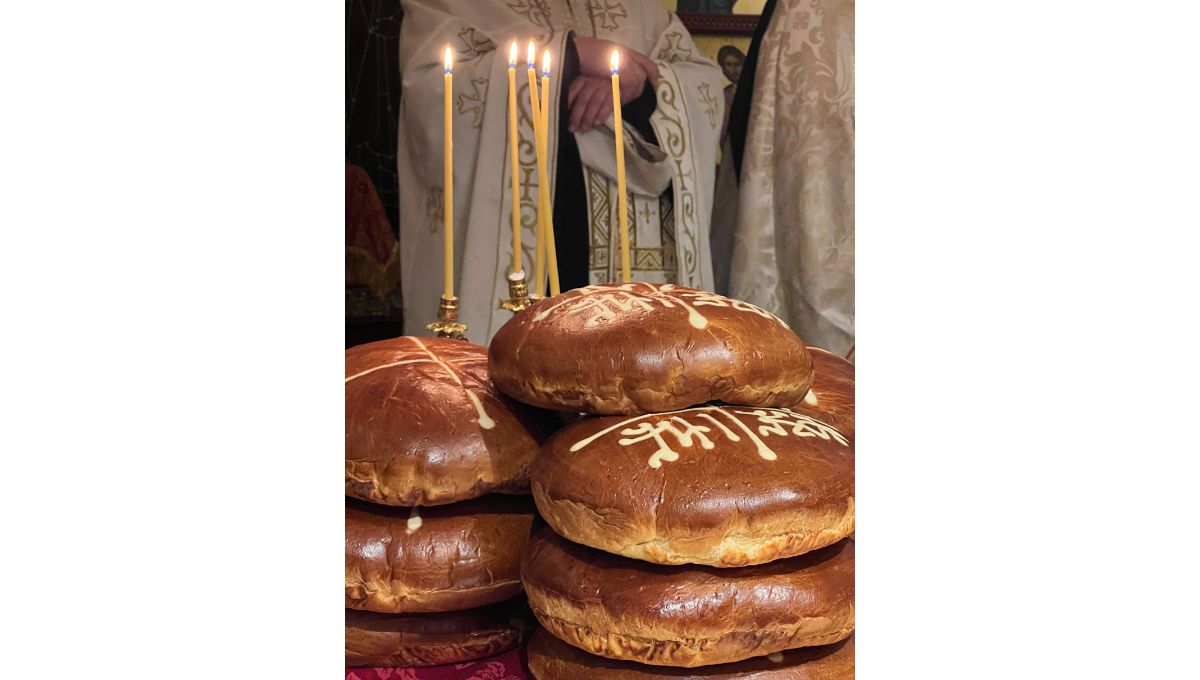 At the Great Vespers of the Feast of Saint John Chrysostom

The Chapel of Saint John Chrysostom, Metropolis of New Jersey

Dear brothers and sisters in Christ,

On this eve of the feast of the holy patron of this God-protected Metropolis of New Jersey, as your Patriarchal Vicar, I greet you with the final words of the Saint of “Golden Speech.” These words were the Holy Chrysostom’s “Τετέλεσται” – not so much the ending of his mission, but the pronouncement of a new beginning.

Our Lord Jesus Christ did not utter the word “Τετέλεσται” from the Cross to signal an ending to His work of salvation. Rather, his final word, before He bowed His precious head and accepted death, was the sign of a commencement. For His perfect soul leapt from the Cross and descended into Hell itself to free the souls held there from ages past. And then, by His Glorious Resurrection, a new way of love, forgiveness, mercy, and peace was revealed for all humankind to traverse in freedom of spirit.

The last word from the Cross was the first utterance of a new humanity! So, too, with the ultimate words that flowed from the golden lips of this preeminent Archbishop of Constantinople, as he perished in exile surrounded by cruelty. We behold how thankfulness to God for all things is the very engine of redemption.

Saint John Chrysostom died in exile, removed from the Throne of Constantinople by political actors, who felt threatened by his honesty, his bravery and his fearlessness to speak truth to power.

But he was faithful to the end – even a bitter end, because he knew in his heart that it is God who writes the epilogue of human history.

Thirty years after his death in Comana, where he was exiled deep in the Pontic Mountains, his holy relics were returned to the Queen of Cities in a silver coffin. The Imperial powers who had exiled him had passed, and the new occupants of the Throne begged to have him returned in honor. Miracles attended the whole process, and those who had conspired against the Saint of God were put to shame.

His last words had been “Glory to God for everything.” And in embracing the course of his life with the most sublime Christian virtues – faith, hope and love – Saint John Chrysostom prepared his soul to journey to his Creator, and his memory to be determined by God alone.

From disgrace and ignominy, his icon would now adorn the Tympana of Hagia Sophia.

The Liturgy that bears his name would become the standard worship Eucharist of all Orthodox Christians.

And his commentaries on Holy Scripture would become a source of the very texts of the Bible.

All these, for a man who died in exile, surrounded by cruelty.

On this night, when we celebrate the Heavenly Patron of this precious Metropolis of New Jersey, let us give thanks as did the Holy Chrysostom – for everything that has come our way. The good and the bad. The easy and the difficult. The inspiring and the challenging.

All these things come our way, so that we may grow and develop into the children of God that our Heavenly Father has called us to be.

And so, may we embrace them as did the Holy Chrysostom, so that we may say with him: