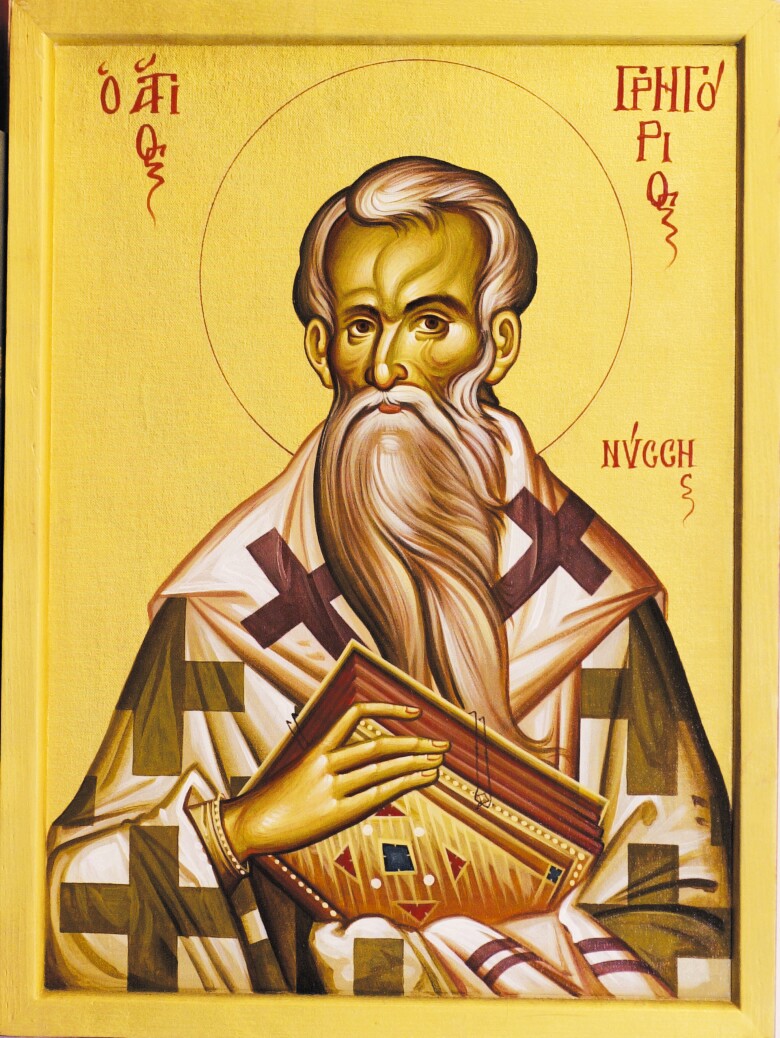 Saint Gregory, the younger brother of Basil the Great, illustrious in speech and a zealot for the Orthodox Faith, was born in 331. His brother Basil was encouraged by their elder sister Macrina to prefer the service of God to a secular career (see July 19); Saint Gregory was moved in a similar way by his godly mother Emily, who, when Gregory was still a young man, implored him to attend a service in honor of the holy Forty Martyrs at her retreat at Annesi on the River Iris. Saint Gregory came at his mother's bidding, but being wearied with the journey, and feeling little zeal, he fell asleep during the service. The Forty Martyrs then appeared to him in a dream, threatening him and reproaching him for his slothfulness. After this he repented and became very diligent in the service of God.

Gregory became bishop in 372, and because of his Orthodoxy he was exiled in 374 by Valens, who was of one mind with the Arians. After the death of Valens in 378, Gregory was recalled to his throne by the Emperor Gratian. He attended the Local Council of Antioch, which sent him to visit the churches of Arabia and Palestine, which had been defiled and ravaged by Arianism. He attended the Second Ecumenical Council, which was assembled in Constantinople in 381. Having lived some sixty years and left behind many remarkable writings, he reposed about the year 395. The acts of the Seventh Ecumenical Council call him 'Father of Fathers."

Apolytikion of Gregory of Nyssa

Kontakion of Gregory of Nyssa

Rejoicing with the Angels and taking delight in the Divine Light, Gregory of Nyssa, the vigilant mind, the God inspired hierarch of the Church, and wisdom's revered hymnographer, intercedeth unceasingly for us all.

Share the feast of Gregory of Nyssa with an icon greeting ecard.