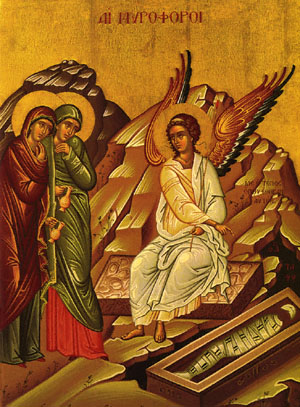 The content on this page is under copyright and is used by permission. All rights reserved. These works may not be further reproduced, in print or on other websites or in any other form, without the prior written authorization of the copyright holder:
Icon © Theologic Systems
Reading © Holy Transfiguration Monastery - Brookline, MA
Apolytikion © Greek
Apolytikion © Greek
Kontakion © Narthex Press