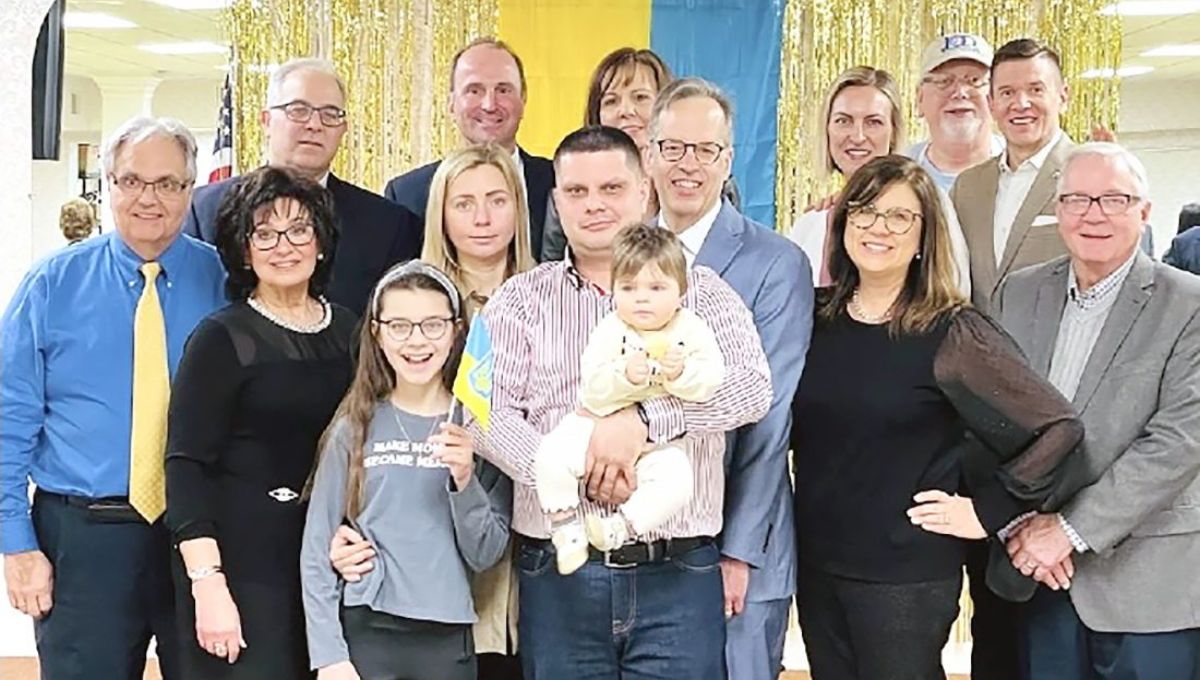 In their letter to His Eminence Archbishop Elpidophoros, Father Frank A. Milanese, Proistamenos of All Saints, and Mrs. Pearl Tranto, President of the All Saints Philoptochos, shared an enclosed donation of $6,350, raised through the fundraising efforts.

The event, held in conjunction with the Greek Orthodox Archdiocese of America, the National Philoptochos Society, and the International Orthodox Christian Charities (IOCC), followed church services and included a luncheon of pasta, salad, fruit and desserts in the Hellenic Memorial Hall on West Street.

The hall was decorated with Ukrainian flags and sunflowers, the national flower of Ukraine.

Special guests were Vasyl and Natalia Turianyn from Ukraine. Five years ago, the couple, along with their then 4-year-old daughter, won a lottery issuing them a visa to immigrate to the United States. Once in Weirton, the priest at the Byzantine Catholic Church at the time, the Rev. Vasyl Symyon, asked John and Sue Greco if they would sponsor the couple by offering temporary housing for “two weeks.”

They agreed and later, Vasyl and Natalia and their daughters, Violeta, now 9, and Mika, 1, were moved into a home owned by the Grecos and have resided there ever since. Greco shared that the Turianyns are now “part of the family.”

Vasyl, a skilled craftsman, has now begun his own business in construction which includes remodeling, painting and various other projects.

As the main speakers, the couple spoke passionately of their native country, friends and family they left behind and the war that began Feb. 24.

Each day, they said, they anxiously await word from their relatives remaining in Ukraine, and they continue watching news reports of the destruction of their native land.

Their daughter, Violeta, a student at St. Joseph the Worker in Weirton, also spoke, ending her speech with, “I love my mom and dad. And I love America.”

The Turianyns said they are thankful to be in the United States and look forward to someday becoming American citizens.

The Ukrainian people are in desperate need of basic necessities such as food, water, clothing and medical supplies, it was emphasized during the event.

“We thank everyone who donated and offered their support,” a spokesperson noted. “Our prayers are with the Ukrainian people whose spirit will never be broken.”