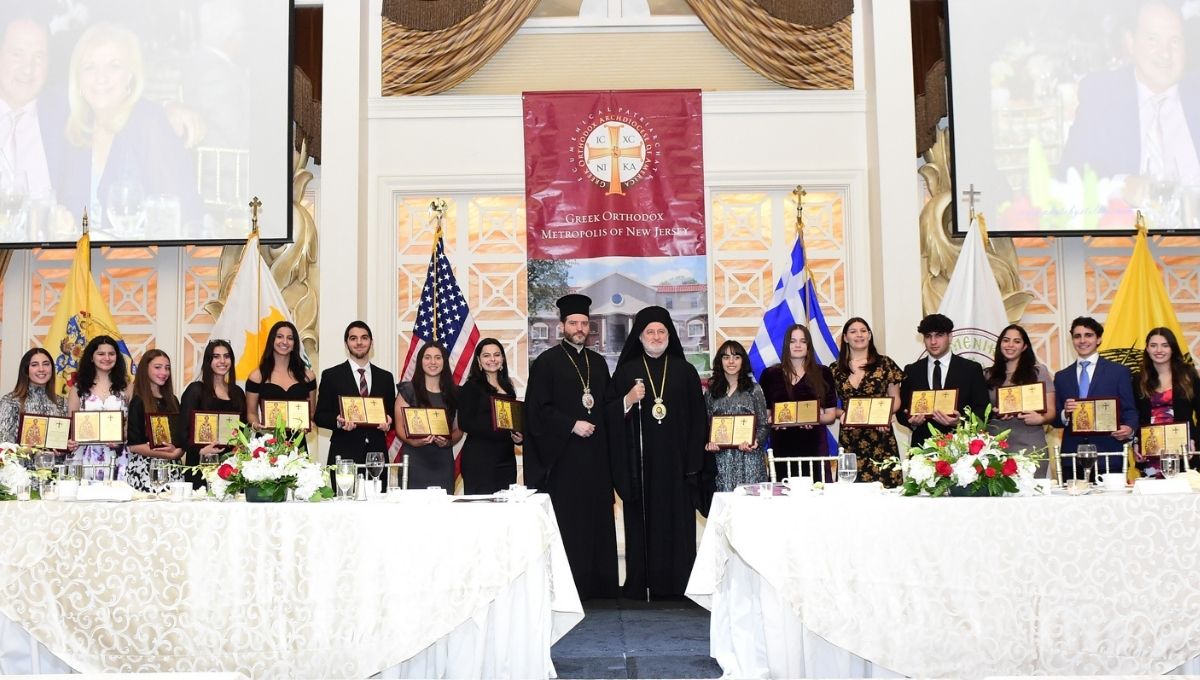 On Monday, May 9, 2022 the Greek Orthodox Metropolis of New Jersey, under the auspices of His Eminence Archbishop Elpidophoros of America, held the Annual Northern New Jersey Region Honoree Grand Banquet at The Venetian in Garfield, New Jersey. This beautiful evening banquet brought together over 600 faithful parishioners from throughout the Northern New Jersey Region of the sacred Metropolis of New Jersey for an evening of acknowledgement and recognition. During the course of the banquet, Archbishop Elpidophoros recognized various individuals from the parishes for their selfless contributions and devoted service to their respective communities. This year the parish honorees were selected from the following categories: Community Honoree, Philoptochos Honoree, Most Senior Steward, Religious Educator Honoree, Parish Council Honoree, Essential Medical Worker Honoree, and Youth Worker Honoree.

During his remarks, His Grace Bishop Apostolos of Medeia congratulated all of the parish honorees and expressed his appreciation to the various individuals who contributed to the banquet including the Chancellor, the V. Rev. Christoforos Oikonomidis, Archdeacon Philotheos and Mrs. Georgia Vlitas. Following his remarks, His Grace presented a cake to His Eminence in honor of the three year anniversary of His Eminence’s election as Archbishop of America. Afterwards, His Grace, on behalf of the area clergy, presented a cake to Fr. Christoforos on the occasion of his nameday and one year anniversary as the Chancellor.

In his Archpastoral Exhortation, His Eminence expressed his love and appreciation to all of the attendees, but most especially to this year’s honorees for their exemplary service to their individual communities and to our Archdiocese. (Read Full Remarks).

His Eminence concluded his remarks by offering a gift of an Engolpio to His Grace on the occasion of His Grace’s birthday and His Eminence offered a Pectoral Cross to Fr. Christoforos for his Nameday. His Eminence then concluded the evening with the presentation of the most anticipated honorees of the evening, the Youth/GOYA Honorees.