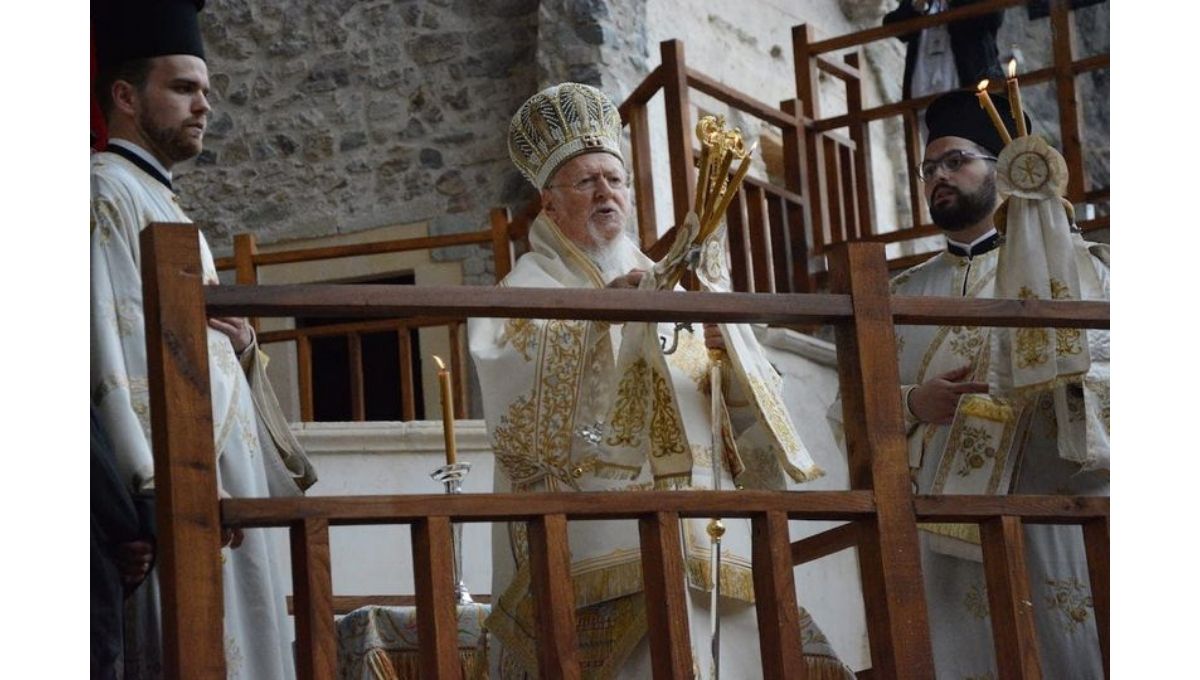 His All-Holiness, Ecumenical Patriarch Bartholomew sent a letter of protest to His Excellency Mr. Mehmet Nuri Ersoy, Minister of Culture and Tourism of the Turkish Republic, regarding the sacrilege of the Patriarchal and Stavropegial Monastery of Panaghia Soumela of Trabzon – a most hallowed sanctuary of the Ecumenical Patriarchate and of the Romeosyne of Pontos, but also a monument of global religious and cultural heritage – areas of which were made available, according to audiovisual materials circulating on the internet, for purposes that are not in line with its religious character and history.

It is known that the ancient Soumela Monastery today functions as a museum, with the Ministry of Culture and Tourism of Turkey bearing the responsibility of its sound management and protection in every respect.

It is also recalled that a few years ago, in a similar case of profanation of Haghia Sophia in the City, which then functioned as a museum, one New Year’s Eve, His All-Holiness had strongly protested to the then-responsible Minister, who hastened to renounce the unacceptable act by revoking the relevant permission.

Further to the abovementioned letter of protest, the Ecumenical Patriarch had this afternoon a telephone conversation with Mr. Ersoy.