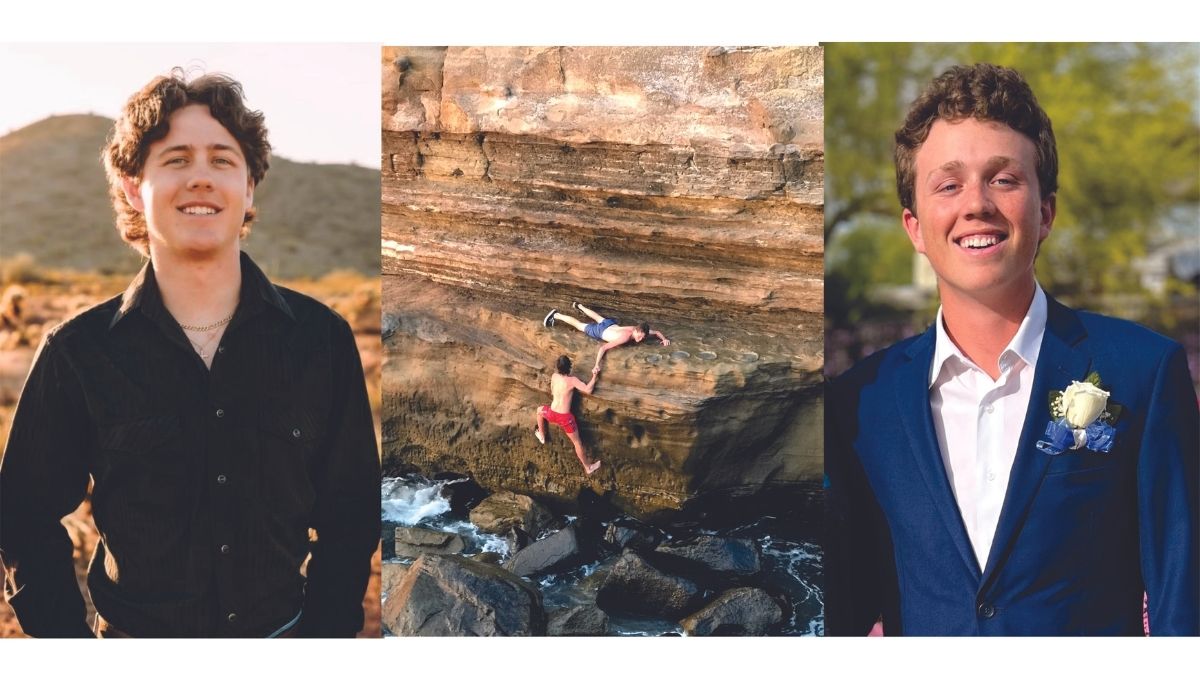 It was nearly two years ago that the Greek Orthodox Metropolis of San Francisco shared with pride the story of the heroism of two Arizona teens who saved two young women from drowning after they were swept into a Pacific Ocean cove by a five-foot wave.

And now, their bravery is being honored nationally as Zachary Haugen (18) and Jake Watson (17) are being awarded the Carnegie Medal, North America’s highest honor for civilian heroism. They are among the 18 recipients nationwide for 2022.

“Shortly after the incident happened in 2020, I had the opportunity to meet virtually with Zach and Jake, along with their mothers Alexia (Hotis) Haugen and Paulina (Pestrivas) Watson. What I admired most about them was how unassuming they were about what they had done,” stated His Eminence Metropolitan Gerasimos of San Francisco. “I do not think they comprehended the level of danger they put themselves in. Rather, they saw an urgent need and responded. To save someone’s life is an immeasurable gift, and I know they will continue to be great servants as they journey through college and establish their careers.”

“The Carnegie Medal is given through the U.S. and Canada to those who enter extreme danger while saving or attempting to save the lives of others,” according to a statement released by the Carnegie Hero Fund Commission. A total of 10,291 Carnegie Medals have been awarded since its inception in 1904.

Haugen and Watson are best friends, and now are bonded by this moment of heroism that will forever be etched in their hearts and minds. They grew up together with their families attending Holy Trinity Greek Orthodox Cathedral in Phoenix, AZ, where they have been active in Sunday School, Greek Dance, and Summer Camp.

Haugen will be graduating from Chaparral High School in May 2022, and will be attending Coconino County Community College, majoring in forestry with an emphasis on fire ecology/wild land firefighting.

Watson is a senior at Desert Mountain High School and is considering a career either as a firefighter or working in his family’s custom home building company following his graduation later this spring.

Congratulations Zach and Jake for this well-deserved honor!