His Eminence Archbishop Elpidophoros to Honor Predecessors At Clergy-Laity Congress 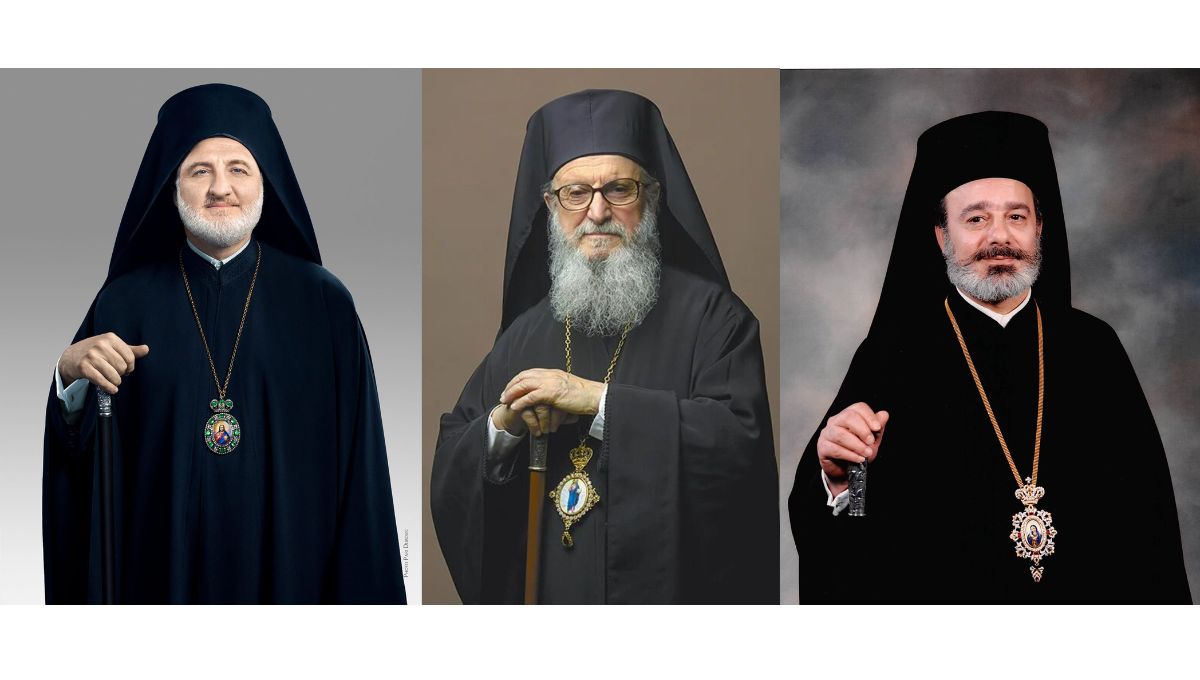 His Eminence Archbishop Elpidophoros to Honor Predecessors At Clergy-Laity Congress

His Eminence Archbishop Elpidophoros of America will welcome his two living predecessors, their Eminences Archbishops Formerly of America, Spyridon and Demetrios, and recognize each of them as “Centennial Honorees” at the Clergy-Laity Congress Opening Ceremonies in New York City on July 4, 2022. Both Former Archbishops graciously accepted the invitation of Archbishop Elpidophoros to attend and participate in both the historic Consecration of Saint Nicholas Greek Orthodox Church and National Shrine, as well as in the Clergy-Laity Congress.
Archbishop Elpidophoros stated the following:
“Our Archdiocese has had eight Archbishops, only eight men who have led our National Church over the past one hundred years, We are indeed blessed to have two of those leaders with us this year, as we celebrate the Centennial of our Archdiocese. Let us use this opportunity to come together as the fullness of the Church, to thank them for their many contributions, and together, let us concentrate our focus on the vision of the Second Centennial of the Greek Orthodox Archdiocese of America. Let our Centennial be remembered as a moment of healing and unity, of reconciliation and peace, so that we may move into the next hundred years as one Archdiocese, united in the love of our Lord Jesus Christ.”
The Opening Ceremony will take place at the Marriott Marquis Hotel at 5:00 p.m. on July 4, 2022, following the morning Consecration of Saint Nicholas Greek Orthodox Church and National Shrine. The Opening Ceremony will be attended by all registered delegates and observers of the Clergy-Laity Congress, as well as the delegate of the National Philoptochos Convention. In addition, the Opening Ceremony will be live-streamed on the Greek Orthodox Archdiocese of America social media.