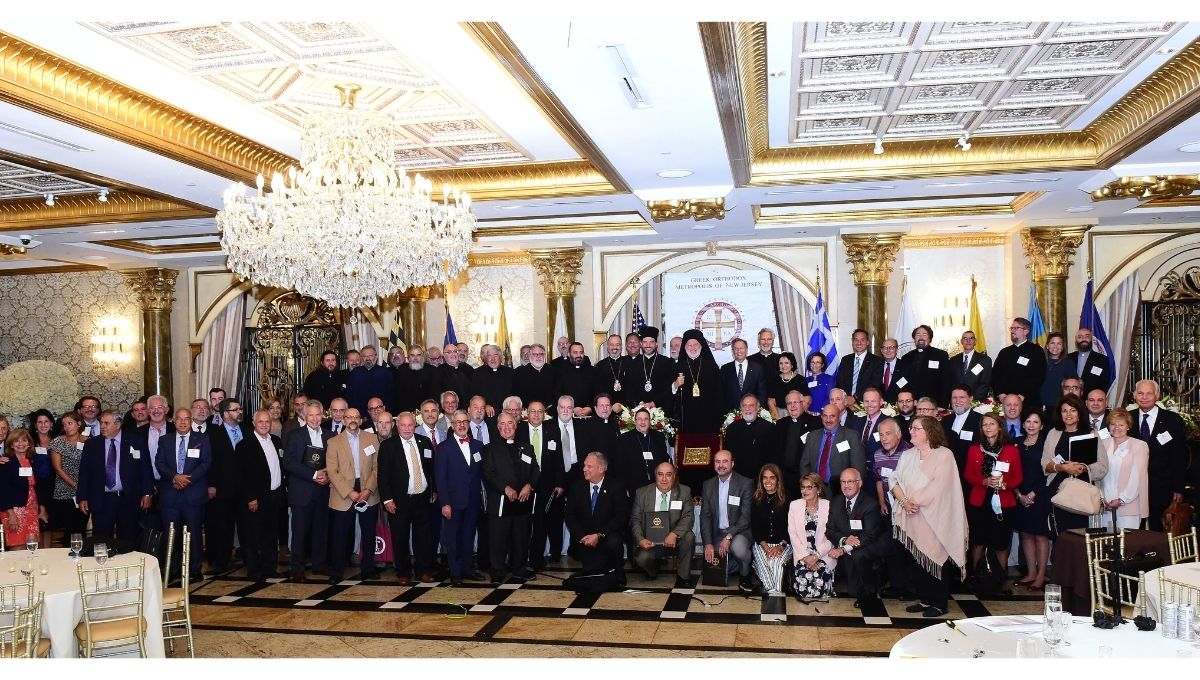 On Monday, September 20, 2021 the Greek Orthodox Metropolis of New Jersey hosted its annual Clergy-Laity Assembly and Philoptochos Convention at The Venetian in Garfield, New Jersey. This Assembly was historic as it was the first in person Clergy-Laity held in the Greek Orthodox Archdiocese since the start of the Covid Pandemic. In addition, this was the first Metropolis of New Jersey Clergy-Laity held under the chairmanship of His Eminence, Archbishop Elpidophoros of America, the Patriarchal Vicar of the Metropolis who, in his Archpastoral Exhortation to the parish delegates and Philoptochos representatives, reflected on the theme of the Assembly, “Then you will know the truth, and the truth will set you free”(John 8:32), offering the faithful important guidance and updates on the progress of our Archdiocese.

The Assembly began with the official opening Prayer Service offered by His Grace, Bishop Apostolos of Medeia together with the V. Rev. Christoforos Oikonomidis, Chancellor of the Metropolis of New Jersey. Throughout the day the 180 registered delegates representing 51 parishes heard various reports regarding the ministries of the Metropolis, an update on the new Charter, as well as the financial reports for the Archdiocese and the Metropolis. Additionally, 80 Philoptochos representatives gathered for their convention where they discussed the various philanthropic ministries as well as held elections for the new Metropolis Philoptochos board.

Later that evening, the annual Clergy-Laity Grand Banquet was held with over 700 faithful from throughout the sacred Metropolis of New Jersey in attendance. During the course of the banquet, His Eminence Archbishop Elpidophoros of America recognized various individuals from the Northern New Jersey Parishes for their contributions and service to their respective communities. This year the parish honorees were selected from the following seven categories: Community Honoree, Philoptochos Honoree, Most Senior Steward, PTO Honoree, Parish Council Honoree, Essential Medical Worker Honoree and the Youth Honoree.