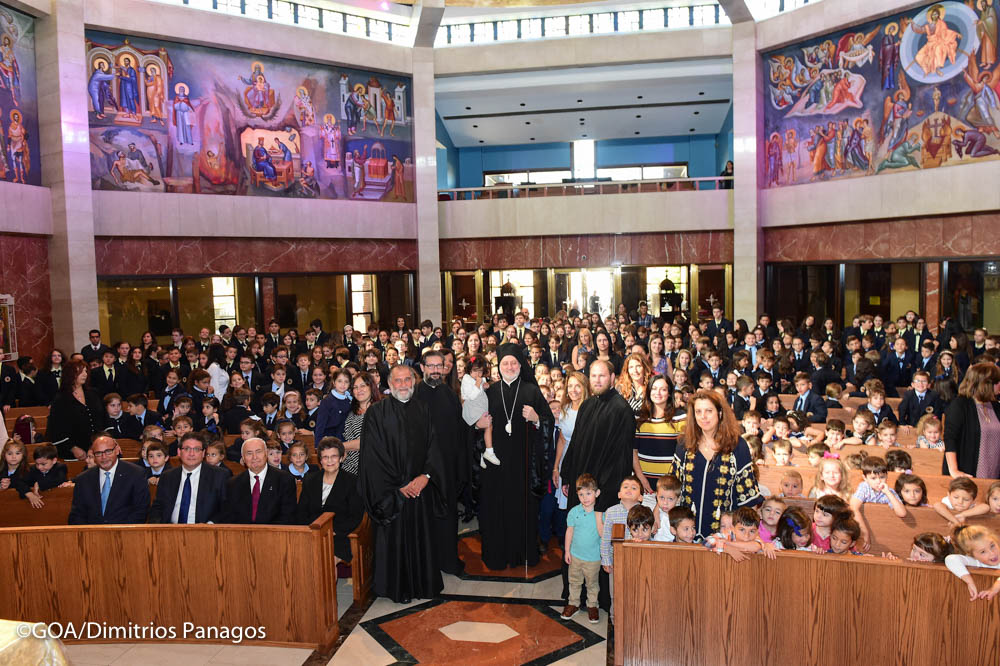 NEW YORK – His Eminence Archbishop Elpidophoros of America, celebrated today the service of the Sanctification of the Water for the new school year, at the Greek-American Day School “William Spyropoulos” of the Parish of Saint Nicholas in Flushing New York, one of the largest parishes in the Archdiocese. This was the second Agiasmos  Service the Archbishop conducted for the start of the new school year.

PHOTOS
The Archbishop after the reading of the Gospel in the original, he read it for a second time in modern Greek, so that all children would be able to understand it. He did the same with the reading of the Blessing text of the Agiasmos. It is noteworthy that a good sounding choir of young school children from St. Nicholas chanted during the service.
Fr. Paul Palesty, the proistamenos of St. Nicholas, welcomed and introduced His Eminence expressing the love and gratitude of the community of Saint Nicholas to their new Archbishop. Afterwards, the School’s Principal, Ms. Mary Tzallas, spoke of the love and respect the students and teachers have for Archbishop Elpidophoros and presented him with a monetary gift towards the rebuilding of St. Nicholas at Ground Zero.
The Archbishop spoke to the children in Greek, in a very simple and comprehensible way, emphasizing three important elements in their lives: first, their parents and family; second, their teachers and school; and third, the Church and God. He urged the young students always to start their day by making the sign of the Cross, thanking God for His many gifts and blessings.
Assisting His Eminence in the service were also the assistant priests of the parish, Fr. Aristides Garinis and Fr. Andreas Houpos as well as Archdeacon Panteleimon Papadopoulos. In addition to the students and teachers, present and former parish officials were in attendance: the school's former longtime Principal, Athena Tsokou-Kromidas, the parish council President Bill Kakoullis, Stefanos Tserpelis and Lazaros Hotzoglou, both Archons of the Ecumenical Patriarchate and long-time members of the parish. 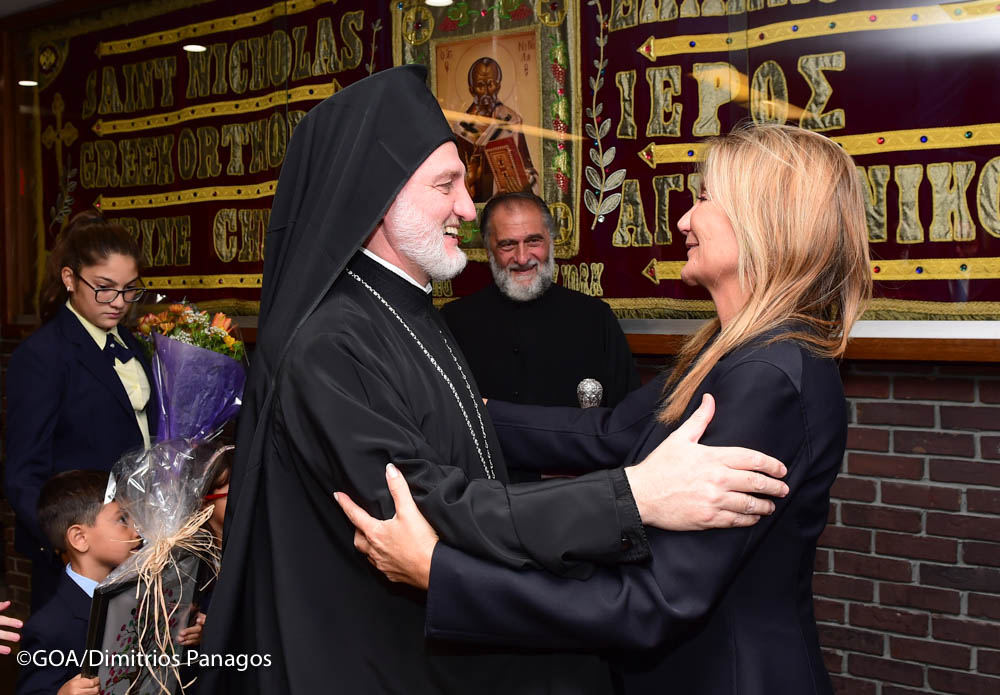