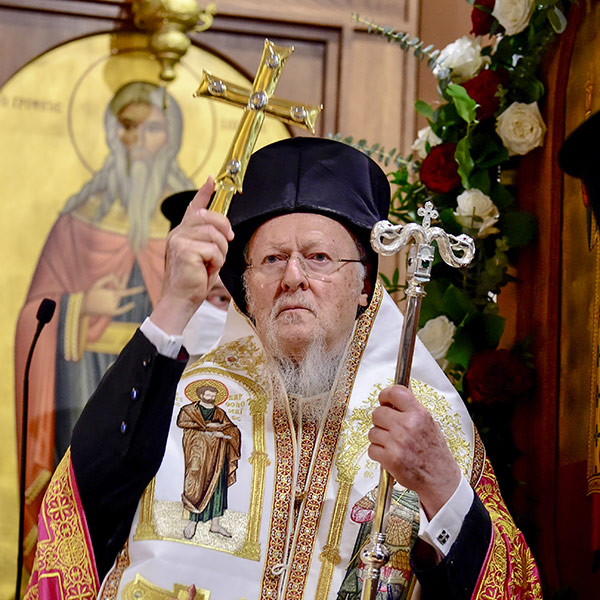 St. Augustine, FL - The 2005 OCMC Orthodox Mission Team season finished with a six-person team to Tanzania. This team had the special honor to be commissioned by His Grace Dimitrios, Bishop of Xanthos, the General Secretary of the Standing Conference of Canonical Bishops in the Americas (SCOBA) and OCMC's Founding Director. The commissioning service took place after Vespers on Wednesday, August 17, 2005 at Holy Trinity Greek Orthodox Church in St. Augustine, FL.

The Tanzania Teaching Team assisted young adults in a youth workers training camp. They took 200 Orthodox theological books that were donated for a library at the Bukoba, Tanzania diocesan headquarters. The purchase of these books was initiated by last year's OCMC Mission Team members to Tanzania, as they responded to the desire for knowledge of the Orthodox Faith they encountered last summer. The Team also carried with them a donation by the teen SOYO group of St. George Antiochian Orthodox Church in Cedar Rapids, Iowa, towards the purchase of Bibles to be distributed by Bishop Jeronymos.

The Orthodox Mission Teams accomplishments were many, from the Tanzania Teaching Team, to the remote areas of Alaska where Teams offered retreats, counseling, catechism, ministry, while the Alaskan Wellness Team focused on holistic wellness to basic oral hygiene. 2005 brought many firsts; such as the Albania Team to the newly established Children's Home of Hope to assist in the daily activities of children between the ages of 3 to 14; the Korea Team which assisted local clergy and volunteers in their first English Language Youth Camp; the first Team to Paraguay which ministered to the growing Orthodox community; and finally the Puerto Rico Team which participated in several religious services and ministered to the poor as soup kitchen volunteers. Other successful team projects included the Guatemala Team which helped at the orphanage of Hogar Rafael Ayau; the Romania Teams which assisted the Association of Orthodox Christian Students of Romania (A.S.C.O.R.) in hosting a youth camp and assisted the Substance Abuse Outreach of OCMC missionaries; and the Uganda Health Care Outreach that volunteered in various medical clinics.

OCMC wishes to thank all those who served as Mission Team members in 2005 and all those who helped support the Mission Teams through their prayers and financial support. In the next few weeks, OCMC will be announcing next year's Mission Teams. Plan on "Putting Your Faith in Action" in the mission field in 2006 and apply early!