Print The Beauty of Creation 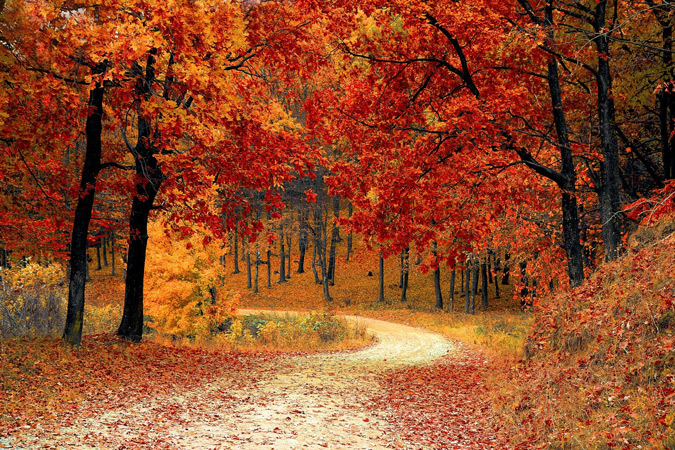 Autumn is a lovely time of year. The leaves are changing. The end of the harvest season has produced fresh fruits and vegetables for our sustenance. The warm and lazy summer season is behind us and the raw and dormant winter lies ahead.

Everyone can appreciate the various expressions of nature; hiking in the mountains, a walk along the shoreline, a visit to a botanical garden. Nature has a way of calming our souls. We are awed by the complexities and detail of creation. It revitalizes and restores our whole being.

Let’s first explore the exploitation of nature. Without suggesting political or corporate biases, the reality is that the capitalistic systems of the world pursue progress and profit at the expense of ecological concerns. Word-wide acid rain, climate changes, global warming, air and water pollution, toxic waste, the destruction of the rain forest, and the accelerating loss of species are all directly related to economic, political, and capitalistic frameworks. The pace of our industrial progress is contrasted with the threat of ecological catastrophe.

On the other end of the spectrum we find a renewal of earth religions, those who worship creation and nature. Walk into any local bookstore and you will find entire sections devoted to modern paganism, Wicca, and other religions that view nature itself as a deity. These earth-based religions are not new; they have existed for thousands of years. Is this renewal partly a response to how nature is being devalued and exploited?

What is the Orthodox perspective of the two extremes cited above? The easiest place to begin is by perusing the Nicene Creed that is recited at each Divine Liturgy. The very first verse states, “I believe in one God, the Father Almighty, creator of heaven and earth . . .” Our faith teaches that nature was created by the will of God. Creation is therefore a free act; a gratuitous act of God. Creator and creation are distinct. We worship God, not creation.

Following the creation of things visible and invisible, God gave humankind specific instructions as to how to relate to nature. In the book of Genesis, God reminds us to have dominion over the earth, to preserve and cultivate creation (Genesis 1:28). The most appropriate term used to describe our relationship with nature is stewardship. In Psalm 24 we read, “The earth is the Lord’s, and the fullness thereof; the world and everything that dwells therein.” In this verse we recognize that God is the Creator of nature, and we as humans are called to nurture and care for His creation. According to God’s original instructions, humankind’s stewardship responsibilities are to cultivate, protect, and rightfully use this gift of creation. It may be helpful to offer several modern examples of good stewardship; examples of harmonious relationships with nature found in various cultures. The Native American Indians are cited frequently as good stewards because of their incredible attunement with the natural world. Their hunting practices, for example, have allowed Native Americans to derive their sustenance from the earth for thousands of years without in any way destroying the animal and plant species that they use for food.

The Amish have, in their quiet way, developed a life that is agriculturally based; living close to the soil, and remaining utterly dedicated to the sacredness of nature and its relationship with the Divine.

Our own Patriarch Bartholomew has been labeled the “Green Patriarch” for his organizing several international conferences on protecting the environment. The Patriarch reminds us that all creation has the capacity to sanctify and bring glory to God. In a speech he once offered, he quotes St. Gregory of Nyssa, who wrote:

There is a great connection between the physical and the spiritual; God has created both and rules over them. Therefore, nothing in creation is to be rejected, or is anything excluded from the community of God.

When contemplating conservation as being an ethical act, we should bear in mind a poetic and metaphorical speech given by a Native American Indian named Chief Seattle, which he delivered in 1854. His eloquent thoughts capture the essence of ecological stewardship:

The Great Chief in Washington (the President of the United States) sends words that he wishes to buy our land . . . How can you buy or sell the sky, the warmth of the land? The idea is strange to us. If we do not own the freshness of the air and the sparkle of the water, how can you buy them?

Every part of this earth is sacred to my people. Every shiny pine needle, every sandy shore, every mist in the dark woods, every humming insect is holy in the memory and experience of my people.

Teach your children what we have taught our children; respect the earth. Whatever befalls the earth befalls the children of the earth, this we know. The earth does not belong to man; man belongs to earth. All things are connected. Man did not weave the web of life; he is merely a strand in it. Whatever he does to the web, he does to himself.

As we enjoy the next few weeks of fall foliage, let us always remain in awe at the creative wonder of God.

Fr. Alex Goussetis is the Director of the GOA Center for Family Care.