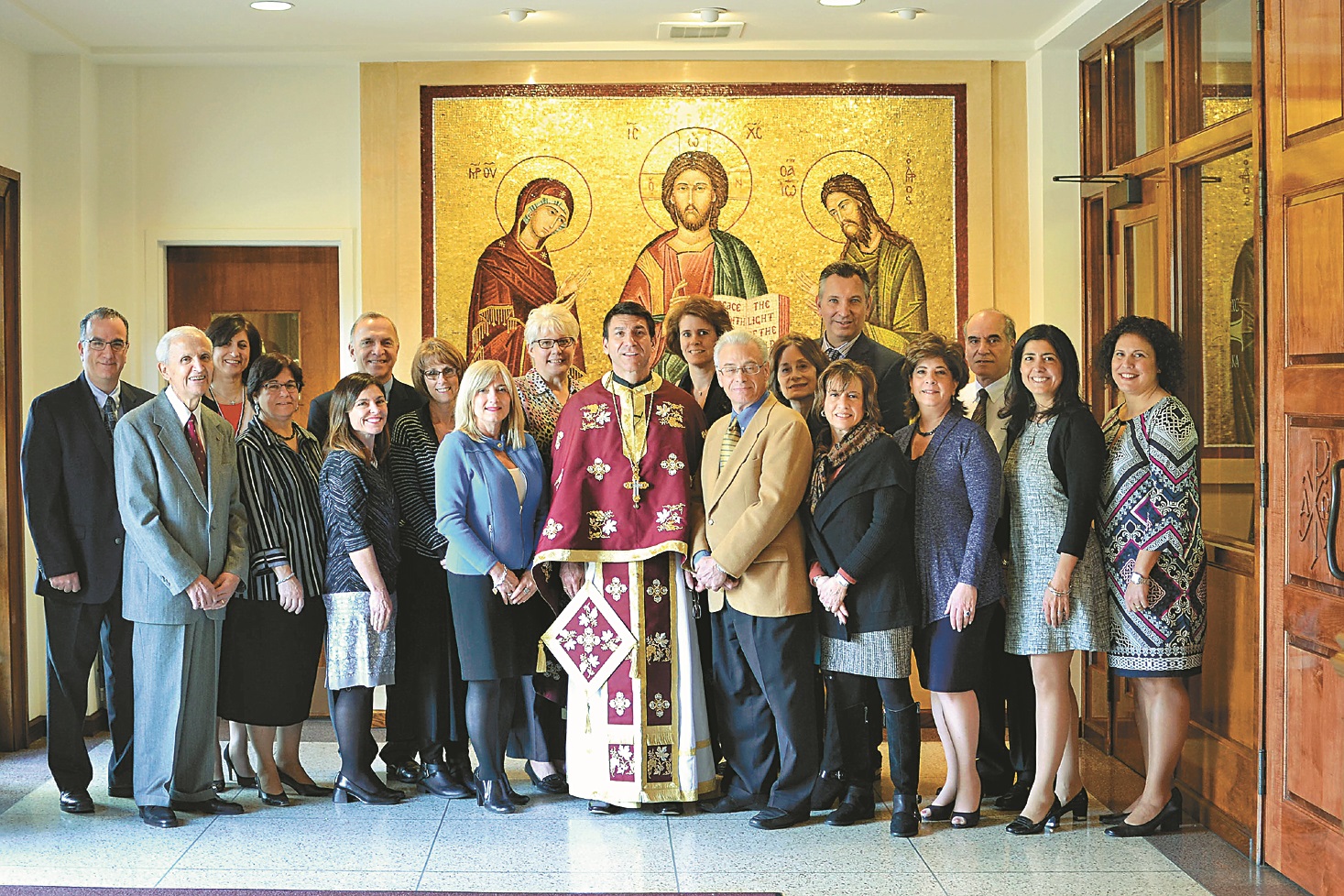 WESTFIELD, N.J. – Holy Trinity parish has fostered and celebrated the gifted youth of the Metropolis of New Jersey for almost five decades with its annual Sights and Sounds festival.

“Sights” refers to presentations in the visual arts and dance, and “Sounds” reflects the exuberant musical and theatrical performances. 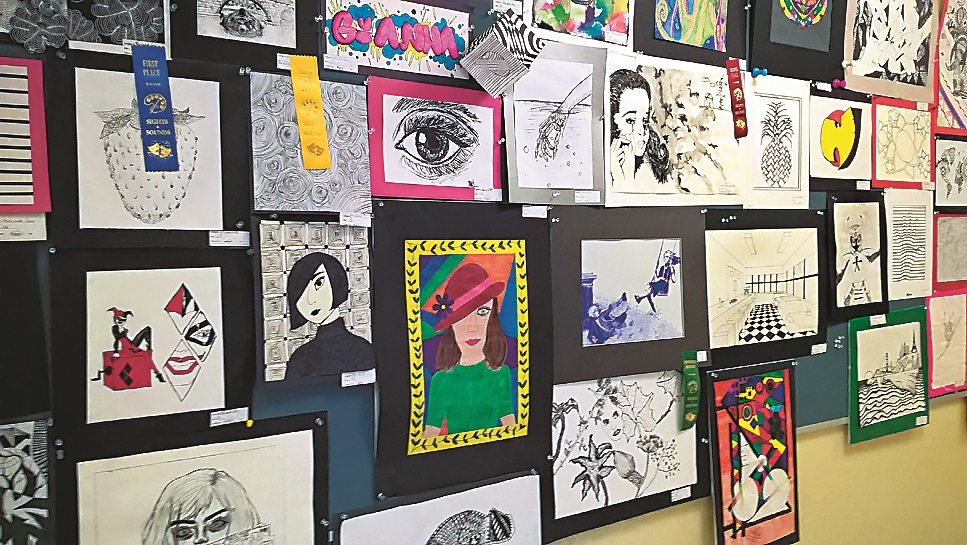 Arts and crafts offerings were 37 categories and the theatrical and musical presentations were of high quality. Top winners include Westfield’s “Robin Hood” which won first prize in the English Play category, and St. John the Theologian Cathedral of Tenafly’s “Neoplouti’” (nouveau riche), the best Greek play.

Established 46 years ago at the initiative of Lou and Kiki Anderson and under the guidance of Fr. Alexander G. Leondis, Sights and Sounds is a serious but fun affair for the 500 participating children who prepare for months and the 80 volunteers from the parish along with 25-30 other host committee members who run the event and begin planning a year in advance.

The festival is designed for GOYA children, ages 12-18.

The theatrical programs, in Greek and English, were divided into junior and senior groups featuring full plays, dramatic pairs and monologues. Music talent was showcased according to groups, solo performers and duets, and the Greek dance troupes and bands generated the most excitement. 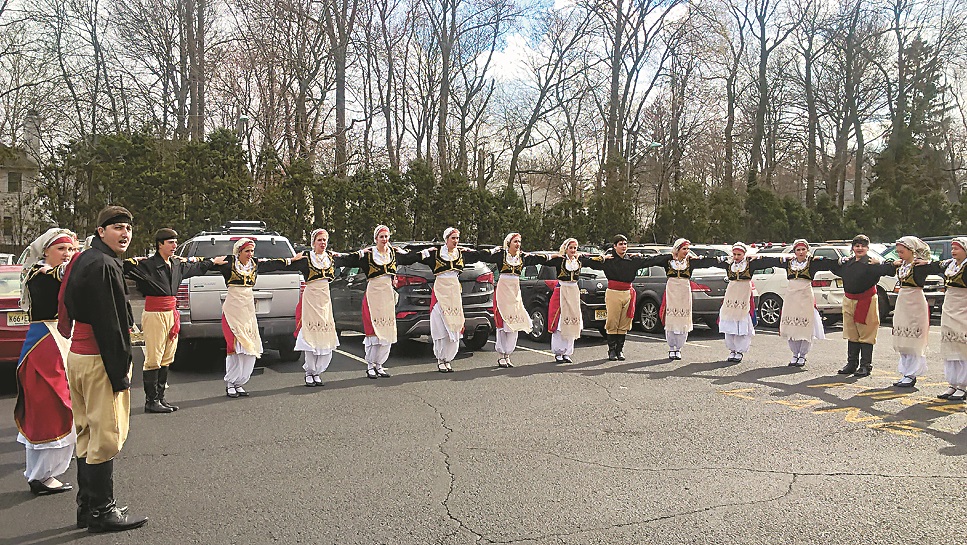 The day the children spend at the event includes fellowship and spirituality. Presiding priest Fr. Peter Delvizis said, “At end of the day we host a dance so that children competing against each other all day now dance together, followed by a service in the church and concluding with the awards ceremony.”

Fr. Peter noted that “most of the parishes across the country have either athletic or dance competitions, but 46 years ago some forward thinking people realized not all teenagers are athletic or are very interested in dance.

The Anderson family came up with the concept for bringing out all the talents of the youth.

Two more standout organizing principles, excellence and security, ensure the day is a success from start to finish for the participants from most of the parishes of Northern New Jersey, including Perth Amboy; Randolph, Paramus; St. Barbara’s of Toms River; Holmdel; the Cathedral of St. John of Tenafly; Clifton; Fairview; Piscataway; Union; Trenton; Wyckoff; and Flemington.

This year’s chairmen were Eugene and Pam (Panagiota) Gentile. She grew up at the Sts. Constantine and Helen Church in West Orange, N.J. and participated as a child, as did her brother Tom Andresakes. 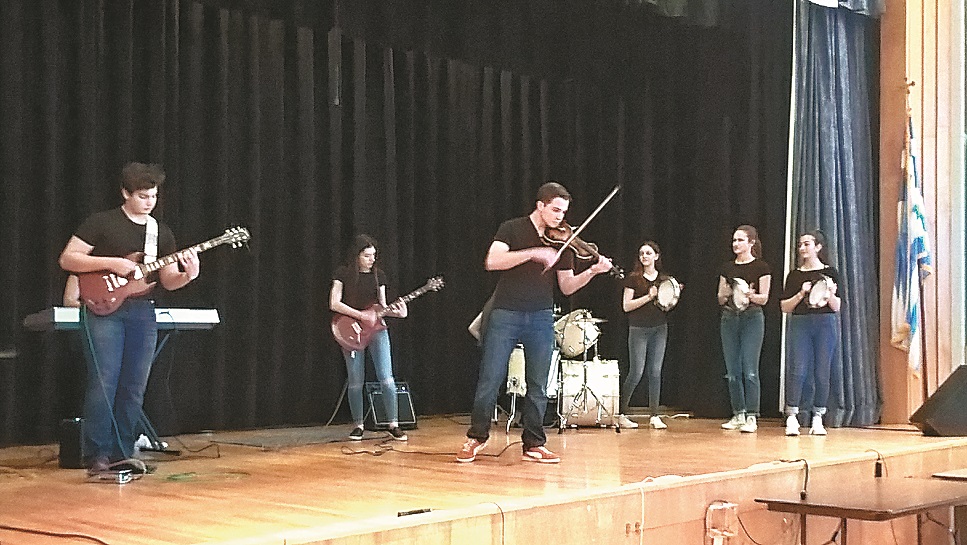 Their Sights and Sounds story is typical of the volunteers through the years, beginning when their daughter, who was in GOYA, first participated in the festival.

“When I first got involved I just stayed all day. I loved it,” said Eugene. “I also started on the administrative level before Pam did, chairing the setup committee with Anita and Dr. Stamatis Kardalopoulos,” whom he praised for the way they ran the festival for 20 years.

Great care is taken in recruiting the volunteer 80 judges.

They are all professionals, teachers or experts in their fields.

Late winter sunlight streaming into a classroom spotlighted works that expressed the imagination and resourcefulness of the youngsters. The artwork spilled out onto the walls of the second floor hallway but paintings, photos and other objects graced walls and tables in the entire Bouras Center.

Complementing the Sights and Sounds were the silent words on paper – or in digital form – for the poetry, essay, and short stories competitions.