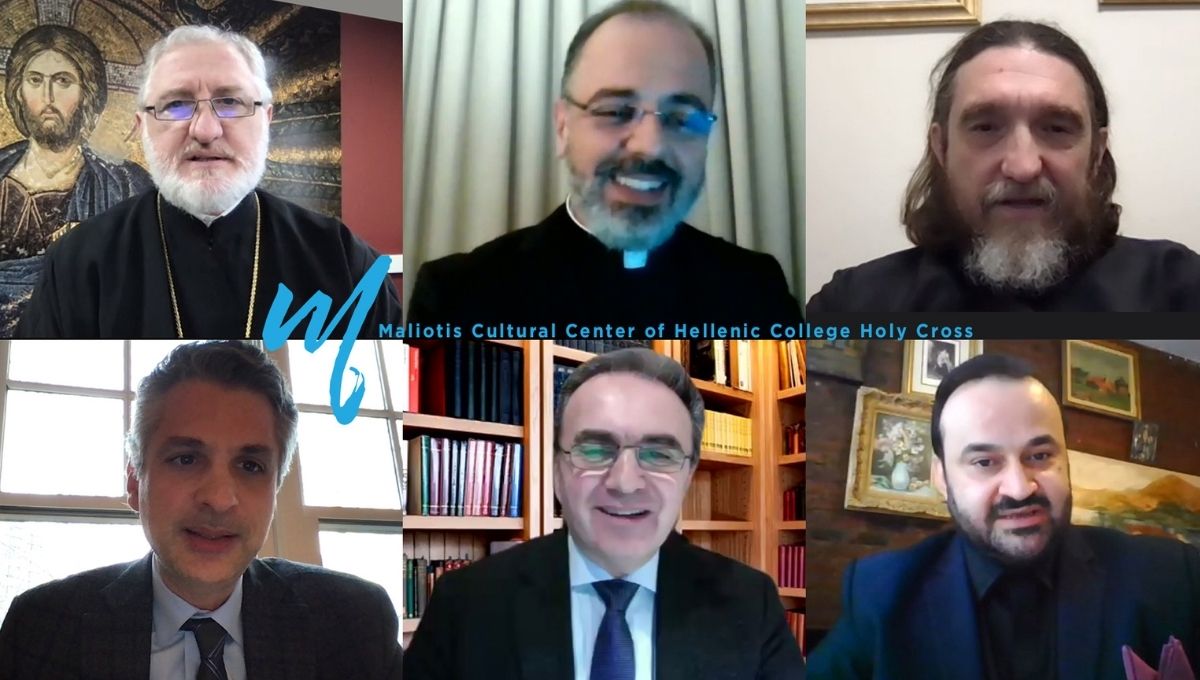 On Saturday, April 17, the Maliotis Cultural Center at Hellenic College Holy Cross Greek Orthodox School of Theology presented the virtual conference “1821-2021: The Orthodox Church and the Greek Revolution” in observance of the bicentennial of the beginning of Greece’s War of Independence. The conference examined the vital role of the Ecumenical Patriarchate and Greek Orthodox clergy in supporting the formation and preservation of Greek national and religious identity.

The conference was hosted by V. Rev. Fr. Athenagoras Ziliaskopoulos, Chief Secretary of the Holy Eparchial Synod of the Greek Orthodox Archdiocese of America and Chaplain of Hellenic College Holy Cross. In his introduction, Fr. Athenagoras expressed his gratitude to HCHC President George M. Cantonis and Presvytera Chrysoula Kourkounti, Coordinator of the Maliotis Cultural Center, as well as the Advisory Committee of the Center for their “tremendous support” in the organizing of the conference.

The first speaker on the panel was Fr. Grigorios Stamkopoulos, Protopresbyter of the Ecumenical Throne, whose topic was “The Contribution of the Church in the Education of the Nation  and in the Awakening of the National Identity.” The second presentation was by Dr. Nicolas Prevelakis of the Center for Hellenic Studies at Harvard University, who spoke on “Christianity and the Nation: Orthodoxy in Comparative Perspective.” A musical interlude was then offered by Nektarios Antoniou, Artistic Director and Senior Advisor for Culture at the Greek Orthodox Archdiocese of America. The third speaker was Professor Simos Paschalidis of the Aristotle University of Thessaloniki, whose lecture focused on “The Emergence of New Martyrs as a Means of Preserving National and Religious Identity.”

His Eminence Archbishop Elpidophoros of America presented the final lecture of the conference, “The Role and Contribution of the Ecumenical Patriarchate to National and Religious Identity.” Combining rigorous scholarship and vivid examples drawn from every era up to the present day, His Eminence’s talk offered abundant evidence of the Ecumenical Patriarchate’s promulgation throughout the ages and throughout the world of both Orthodoxy and Hellenism, concluding with a quote from the great theologian  Fr. George Florovsky, who said, “In order to be Orthodox, we must first be Greek.”

The recorded conference video can be accessed here.