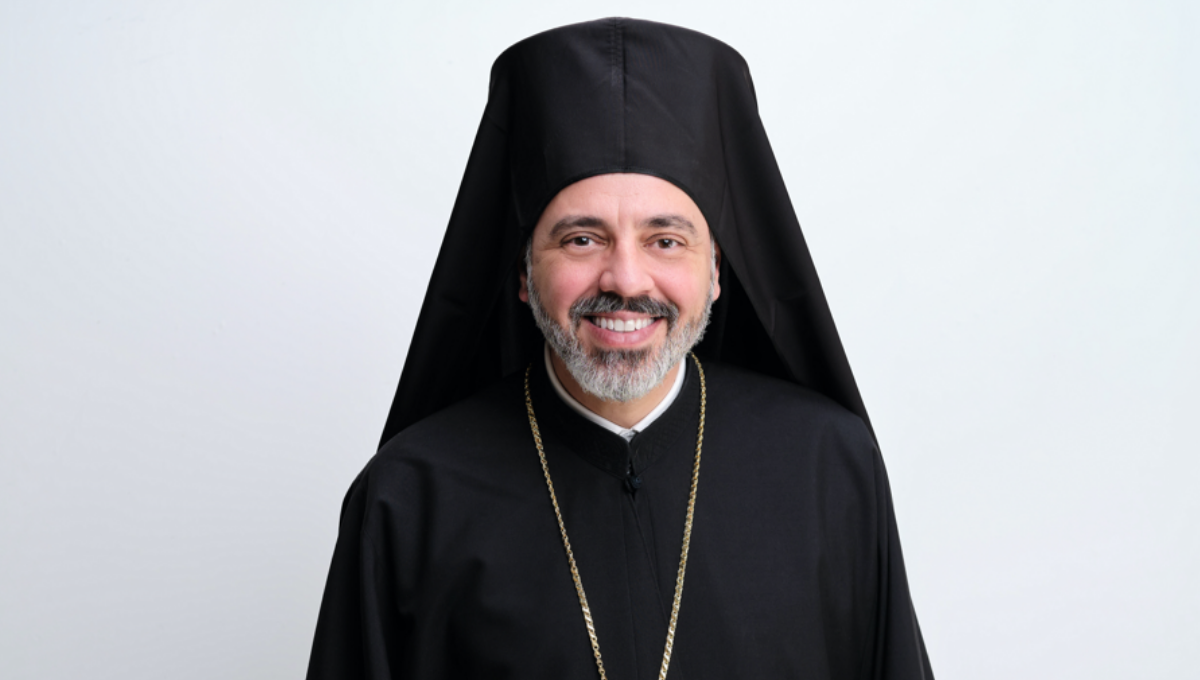 His Eminence Archbishop Elpidophoros of America announced today the appointment of His Grace Bishop Athenagoras of Nazianzos as the new Director of Religious Education for the Greek Orthodox Archdiocese of America. In addition, His Grace will continue in his role of Chief Secretary of the Holy Eparchial Synod of the Archdiocese.

Bishop Athenagoras will continue the important work of the Department of Religious Education, specifically addressing ways that the Archdiocese can provide resources and support to an ever-changing education dynamic. As a result of the global pandemic, many parishes had to rely upon virtual education for their children. Working to better understand the tools that were implemented, as well as developing a curriculum that can be adapted throughout changing situations, His Grace will lead the Department into the next 100 years of Archdiocesan existence.

His Grace Bishop Athenagoras (Ziliaskopoulos) was born in 1970 in Reutlingen, Germany, and grew up in Greece and Germany. He spent his early adulthood on Mount Athos as a monastic and learned to live a life devoted to Christ and the Church. He was ordained to the Holy Diaconate in 1994 and the Holy Priesthood in 1998 by His Eminence Metropolitan Augoustinos of Germany. In 1999, he was elevated to the rank of Archimandrite to the Ecumenical Throne by His All Holiness Ecumenical Patriarch Bartholomew.

Since his priestly ordination, Bishop Athenagoras has served in Eparchies of the Ecumenical Throne throughout the world. For over 20 years, for over twenty years, Bishop Athenagoras served the Greek Orthodox Metropolis of Germany as parish priest, Hierarchical Vicar and as a member of the delegation of the Ecumenical Patriarchate for Ecumenical Theological dialogues. He was a frequent speaker at universities, public schools, interfaith groups, cultural associations to discuss Orthodox life and spirituality. Among his many accomplishments in Germany, Bishop Athenagoras established the first Orthodox Chapel in the international Frankfurt Airport and a 24-hour Orthodox crisis hotline; he founded the first Greek Orthodox youth camp near Frankfurt; spearheaded the archeological renovation of a 15th-century church; and built a church and community center from the ground up.

In 2017, Bishop Athenagoras relocated to Toronto, Canada at the invitation of His Eminence Archbishop Sotirios of Canada to serve as Dean of the Patriarchal Theological Toronto Orthodox Theological Academy and Office Director for the Greek Orthodox Archdiocese of Canada.

In 2019, he transferred to the United States of America, at the request of His Eminence Elpidophoros Archbishop of America, to serve as the Chaplain at Hellenic College Holy Cross Greek Orthodox School of Theology in Boston, Massachusetts. In February, 2021 Bishop Athenagoras was appointed Chief Secretary of the Holy Eparchial Synod of the Greek Orthodox Archdiocese of America and as the Spiritual Advisor to the Greek Orthodox Ladies Philoptochos Society of America. In May of the same year, upon the recommendation of His All-Holiness Ecumenical Patriarch Bartholomew, the Holy and Sacred Synod of the Ecumenical Patriarchate elected unanimously then Archimandrite Athenagoras as Bishop of Nazianzos.