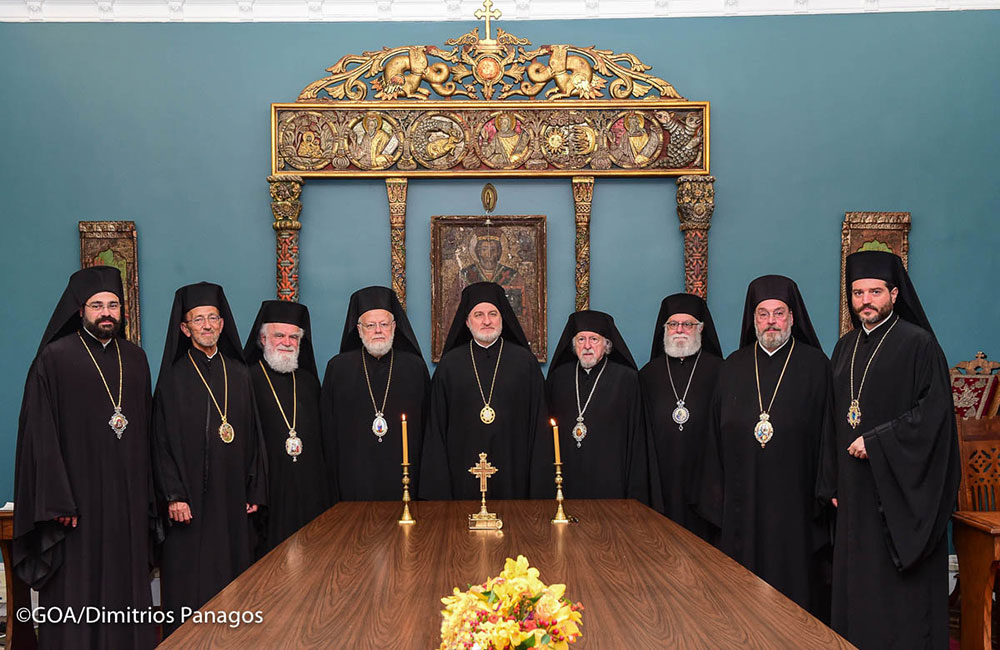 NEW YORK: On Thursday, August 13th, 2020, His Eminence Archbishop Elpidophoros of America convened a Holy Eparchial Synod meeting via a teleconference to review significant matters of the Holy Archdiocese.

For the accurate information of the clergy and the laity of the Archdiocese, it is clarified that, as it had been decided in 1994, the pension of the Hierarchs in America is derived from Archdiocesan funding after deducting the amount that is received from the clergy pension program. The Hierarchs receive this portion of the pension only after they are no longer in the active ministry, and not at a specific age as is the case with the priests. The Hierarchs contribute to the clergy pension program, and receive exactly the same percentage from it as all clergy.

Furthermore, the Holy Eparchial Synod decided that on Saturday, August 15th, 2020, the day of the Dormition and Assumption of the Theotokos, a special collection will be made available at all Parishes and Monasteries to support the recently destroyed by explosion Orthodox Churches in Beirut. Already, as it has been announced, the Pan-Orthodox institution of IOCC decided to advance an assistance in the amount of $150,000 and the National Philoptochos of the Archdiocese an additional $25,000 for our brethren in Lebanon.

The Archbishop and the Hierarchs exchanged wishes for the upcoming feast of August 15th and they extend prayers for the health, protection and salvation of the Christ-loving faithful in the Archdiocese.