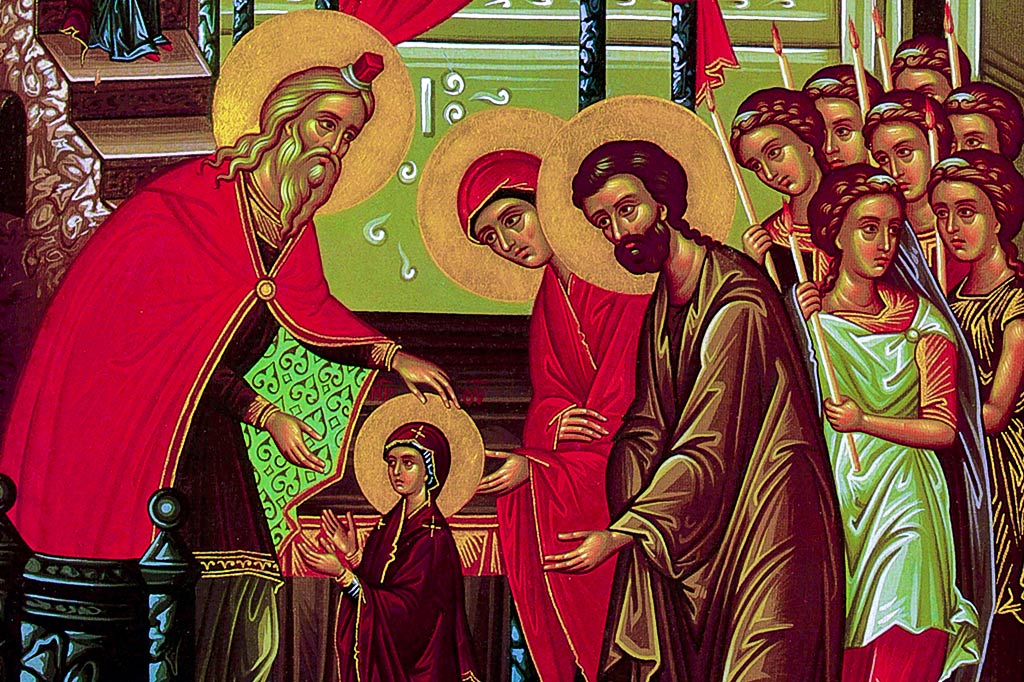 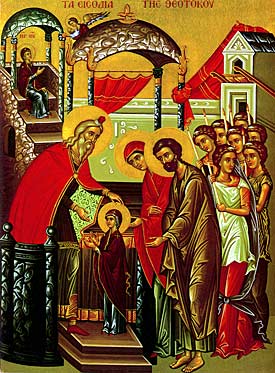 The icon of the feast tells the story of Mary's entry into the Temple. The High Priest, Zacharias (1), is in his priestly robes standing on the step of the Temple. His arms are outstretched, ready to greet and receive the Virgin. Mary is shown as a small child, standing before Zacharias with her arms reaching up to him (2). 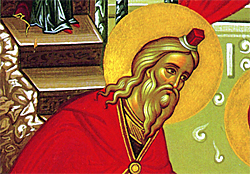 1. The High Priest, Zacharias receives the Theotokos at the steps of the Temple (detail). 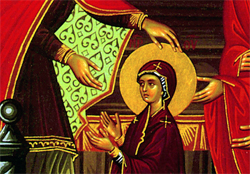 2. The Theotokos as a small child being received by the High Priest, Zacharias (detail).

In some icons the young maidens (3) who served as her escort are depicted standing behind her. Also, we see her parents, Joachim and Anna (4), offering their child to God and His divine service. 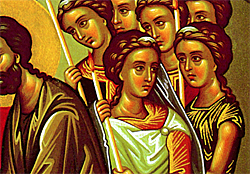 3. Young maidens gathered by Joachim to form an escort for the Theotokos (detail). 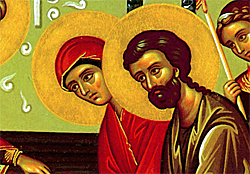 4. Joachim and Anna, parents of the Theotokos (detail). 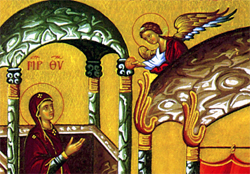 5. An Angel of the Lord attends to the Theotokos in the Holy of Holies (detail).