As scientific and technological changes occur in our societies today at high speed and with penetrating power, our everyday life is profoundly affected by them. Because such developments are novel and because they have the capacity to affect fundamental questions, such as those related to the beginning and end of life, human reproduction, the way we receive and process information, the structure of the society, and our present and future existence in the physical environment, critical legal, ethical and moral questions emerge that often puzzle the common citizen as well as the societal leadership. Many of these issues have become hot and contested questions on the political arena but have also entered the consciousness of religious leaders. Such issues are specifically concerned with the possible impact these developments might have on theological teachings and moral positions and practices that have been accepted and observed for centuries or even millennia.

Based on the above observations, a need was perceived for the clergy and lay leadership to be better informed on scientific and technological issues, and for the laity who are engaged in science and technology to understand the broader implications (ethical, sociological, and religious) of science and technology and the concerns that are generated by rapid advances and radical changes.

To address these needs among both clergy and laity, the Archdiocesan Advisory Committee on Science and Technology (AACST) was formed in 2001 by a group of scientists, engineers, medical and legal professionals, as well as theologians, under the guidance of His Eminence Archbishop Demetrios, and with the approval of the Holy Eparchial Synod and the Archdiocesan Council.  The membership of the Committee is based on the following set of criteria: (i) wide professional recognition and excellence in the respective fields of endeavor; (ii) proven, active involvement in the life of the Church and a substantive knowledge of Orthodox theology; and (iii) willingness to devote energy and time to the task.  The Committee membership is a “living” list and, therefore, continues to be enriched with new members as more persons who fulfill these criteria are nominated and appointed.  The work of the Committee has been organized in three Subcommittees as follows:

The Committee has been working through local meetings, ad hoc consultations, conferences, and exchanges of electronic mail.  The Committee made presentations at all Clergy-Laity Congresses since the year 2002, as follows: the 36th, in Los Angeles (summer of 2002); the 37th, in New York City (summer of 2004); the 38th in Nashville, Tennessee (summer of 2006); and the 39th in Washington, D.C. (summer of 2008).  In this last Clergy-Laity Congress, the Committee organized a special session on “The Ethics of Global Climate Change” with representatives from the United Nations, the U.S. Government, the academic world, and the theological field. The session was co-chaired by the NGO Representative of the Greek Orthodox Archdiocese to the Unit­ed Nations.

The papers presented in the above Congresses as well as additional publications and papers can be found at the Committee’s web site, accessible at www.aacst.goarch.org.

According to its official terms of reference, the AACST serves in an advisory capacity to the Archbishop, the Synod, and the clergy and lay leadership of the Archdiocese.  The Committee works also toward the preparation of resource material that will assist the pastoral and educational ministry of the Church.  The Committee interacts with similar committees of the Orthodox Church, including the Social and Moral Issues Committee (SMIC) of SCOBA, and other Christian denominations.

V. Rev. Dr. Nathanael Symeonides talks about the Archdiocesan Advisory Committee on Science & Technology (AACST) of the Greek Orthodox Archdiocese of America. This video is part of the Ministry Updates series which highlights the work of the Archdiocesan Ministries, Organizations and Institutions.
Read More »

Fearfully and Wonderfully Made: The Science 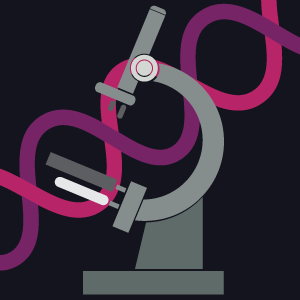 This article by Andrea L. Kalfoglou, Ph.D describes various Biotechnologies that are in use and under development, including in vitro fertilization, reproductive genetic testing, stem cell...
Εμφάνιση »

This paper by Evangelos A. Calamistis on alleviating world poverty in reference to the UN’s Millenium Development Goals was presented at the 38th Biennial Clergy-Laity Congress of the Greek...
Εμφάνιση »

The Greenhouse Effect and the Threat of Climate Change

The greenhouse effect and the threat of severe climate change has become a dominant issue in our days. This brief paper provides background to this problem, highlights the issues, summarizes the...
Εμφάνιση »

Presentation for the Archdiocesan Committee on Science and Technology on 1/24/2007 concerning the challenges of Globalization. Globalization is a multi-faceted process covering a wide range of...
Εμφάνιση »