Archbishop Elpidophoros Presides at Memorial Service with Families of Those Orthodox Christians who Perished on September 11, 2001

Εκτύπωση Archbishop Elpidophoros Presides at Memorial Service with Families of Those Orthodox Christians who Perished on September 11, 2001 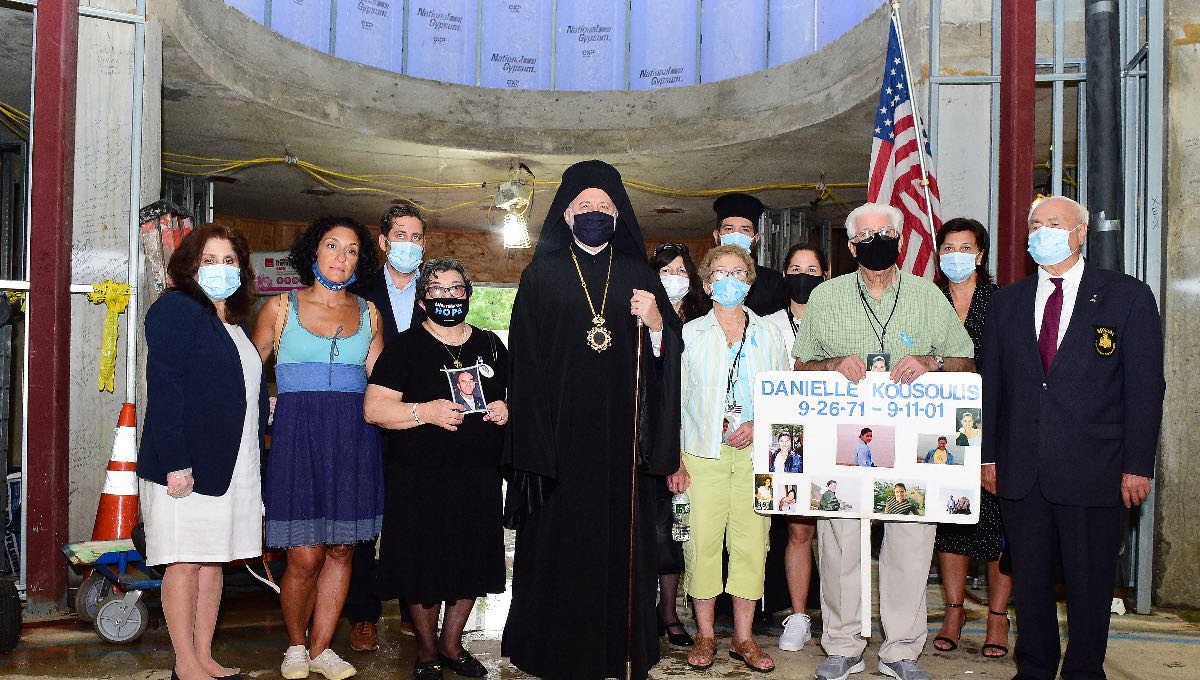 Archbishop Elpidophoros Presides at Memorial Service with Families of Those Orthodox Christians who Perished on September 11, 2001

New York, NY – Archbishop Elpidophoros of America led a Memorial Service at the Saint Nicholas Greek Orthodox Church and National Shrine with surviving families of those Orthodox Christians who perished on 9/11 along with members of the Friends of St. Nicholas. The Memorial included prayers for all who were lost that day in the terrorist attacks on New York, Washington, DC, and those who perished in Shanksville, PA.

In his remarks to the families who were present, Archbishop Elpidophoros offered the following: “Today, in this day of unspeakable sorrow for you, I want all of you to know that we stand with you, we pray with you, and we remember with you. We have gathered here in front of the Saint Nicholas Church and National Shrine, which is once again under construction, in order to offer unto our Heavenly Father – the names, the souls, and the memories of those who perished nineteen years ago, this very day. … We will never forget; we will never allow the world to forget. The rebuilt Saint Nicholas Church will be an everlasting memorial to their lives. It will also be both a spiritual home and a spiritual hospital for you, the survivors, to come and find healing and fellowship.”

St. Nicholas was the only house of worship destroyed on 9-11. The New St. Nicholas Greek Orthodox & National Shrine at the World Trade Center, under the leadership of Archbishop Elpidophoros and the Friends of St. Nicholas is now well under construction. In honor of all the victims memorialized today, the recently completed dome of the church will be illuminated tonight shining light into the darkness.