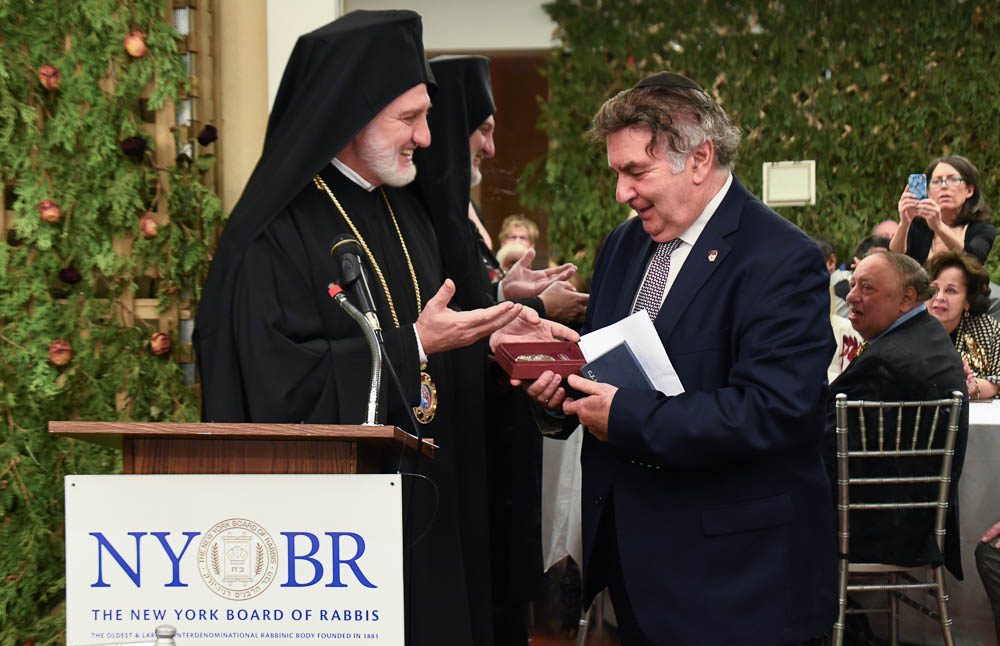 NEW YORK – The New York Board of Rabbis (NYBR) welcomed Archbishop Elpidophoros and honored him at their post-sukkah reception, on October 23, 2019. The sukkot – a week-long festival that takes place five days after Yom Kippur – celebrates God’s protection of the Israelites as they fled bondage in Egypt. 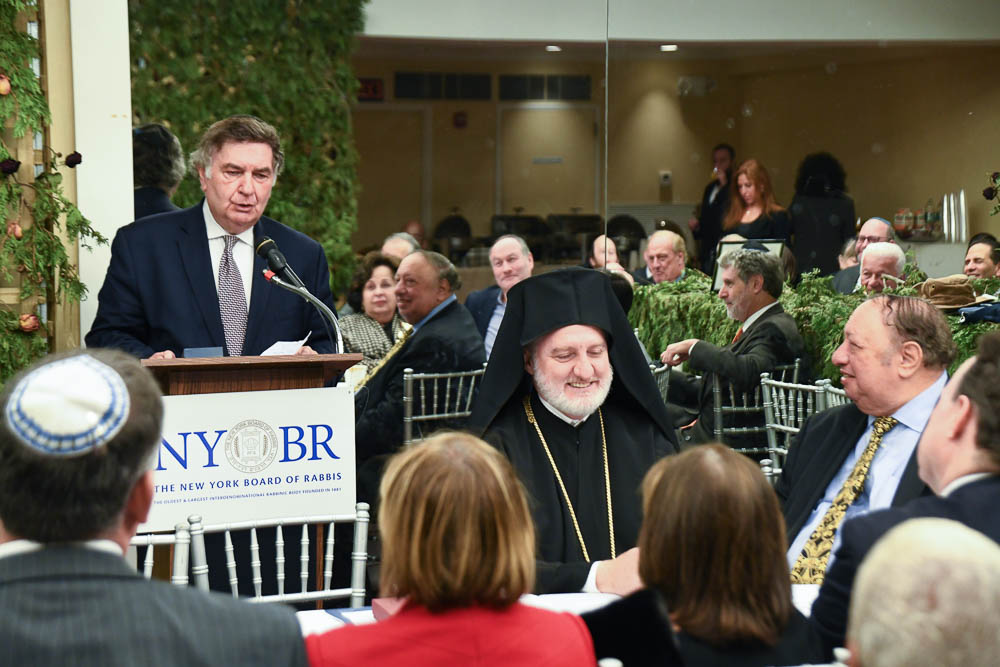 Recognizing the reciprocity between the Archdiocese and the NYBR, Archbishop Elpidophoros emphasized the notion of hospitality, as taught by Abraham and Sarah in both the Jewish and Christian traditions (Genesis 18). His Eminence stated, “hospitality is a blessing from God. God is our only shelter, our safe haven. In Greek, the word for hospitality, “φιλοξενία,” which literally translates as “friend of the stranger,” also has a deeper meaning. Hospitality is considered one of the highest virtues because of the great respect and honor traditionally bestowed by hosts on their guests.”