Εκτύπωση The Calendar of the Orthodox Church 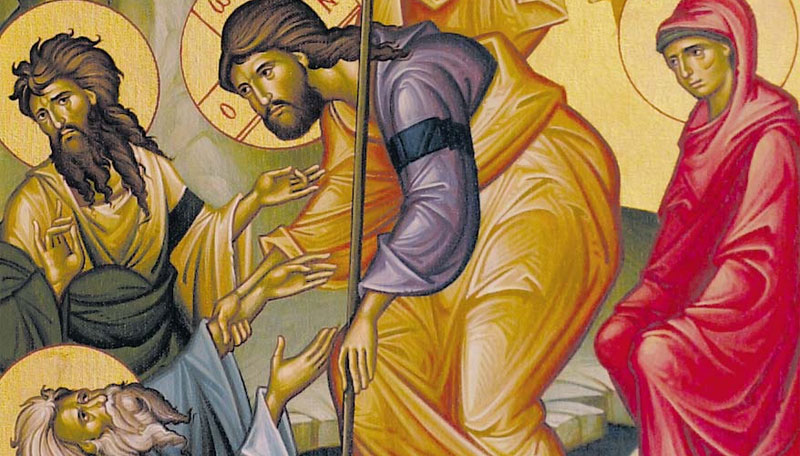 Within the Orthodox Church feast days and fast days are reckoned according to two distinct calendars, the Julian Calendar and the Gregorian Calendar. The first is attributed to the Roman Emperor Julius Caesar, whose name it bears. It was later corrected in the sixteenth century by Pope Gregory XIII due to the ever-increasing discrepancy between calendar time and calculated astronomical time. Thus the Gregorian Calendar came into being.

Inasmuch as the Julian Calendar had been in continuous use in the Christian East and West throughout the centuries, the subsequent introduction of the Gregorian Calendar in the West created yet another anomaly in the deteriorating relations between the two Churches. The need for correction of the Julian Calendar was well understood in the East and had even led some to devise a new calendar themselves. Nevertheless, the Julian Calendar remained in use throughout the Byzantine period and beyond. Despite the efforts of the emissaries of Pope Gregory to convince the Orthodox to accept the New (Gregorian) Calendar, the Orthodox Church rejected it. The main reason for its rejection was that the celebration of Easter would be altered: contrary to the injunctions of canon 7 of the Holy Apostles, the decree of the First Ecumenical Synod, and canon 1 of Ancyra, Easter would sometimes coincide with the Jewish Passover in the Gregorian calendar.

This is where the matter stood until the end of World War I. Until then, all Orthodox Churches had strictly abided by the Old (Julian) Calendar, which at present is 13 days behind the New Calendar long since adopted by the rest of Christendom. In May of 1923, however, an "Inter-Orthodox Congress" was convened at Constantinople by the then Ecumenical Patriarch, Meletios IV. Not all Orthodox Churches were in attendance. The Churches of Serbia, Romania, Greece, and Cyprus were; the Churches of Alexandria, Antioch and Jerusalem, although invited, were not; the Church of Bulgaria was not invited. Several issues were under discussion at the congress, one of which was the adoption of the New Calendar. No unanimous agreement was reached on any of the issues discussed. Several of the Orthodox Churches, however, did eventually agree, though not all at the same time, to adopt the New Calendar. These were the Churches of Constantinople, Alexandria, Antioch, Greece, Cyprus, Romania, Poland, and most recently, Bulgaria (1968); on the other hand, the Churches of Jerusalem, Russia and Serbia, along with the monasteries on Mt. Athos, all continue to adhere to the Old Calendar.

The result of this situation is unfortunate indeed. The Orthodox Churches which have adopted the New Calendar observe Christmas with the other Churches of Christendom on December 25; the Orthodox Churches which have not adopted it celebrate Christmas 13 days later, on January 7. The former celebrates Epiphany on January 6 and by the latter on January 19. And so it is with all the great feasts of the Christian Calendar but one. Easter, the feast of feasts, continues to be calculated by all Orthodox Churches to the dates of the Old Calendar. Consequently, all Orthodox Churches observe the event of Christ's Resurrection on the same day, regardless of when the rest of Christendom does. An exception to this general rule is the Orthodox Church of Finland. Owing to the fact that it makes up less than 2 per cent of the population of a predominantly Lutheran country, it observes Easter according to the New Calendar for practical reasons.

It may well be that the date of Orthodox Easter occasionally coincides with that of the other Christian Churches; however, it may also occur as much as 5 weeks later. Thus arose the formula applied by the Orthodox Churches adopting the New Calendar--viz., that immovable feast days are to be observed 13 days earlier than in the Old Calendar, while Easter and all movable feast days dependent on it are still calculated according to the Old Calendar--which was seen as a compromise with those who opposed the change. On the one hand, the necessary revisions were made to correct the Old Calendar; on the other hand, the calculation of Easter was retained as before so as not to violate the holy canons. Nevertheless, this compromise was to prove incapable of preventing the schism of "Old Calendarists" which ensued.

As is always the case with reform movements, there was strong opposition to the adoption of the New Calendar, especially in Greece. What differed in this situation, however, was that reform was initiated by the established Church together with the total backing of the state. Groups of "Old Calendarists" or Palaioemerologitai, refused to abide by the Church's decision and continued to follow the Old Calendar for both movable and immovable feast days. The basis of their refusal to abandon the Old Calendar rested on the argument that canons ratified by an Ecumenical Synod knew only of the Julian Calendar. Therefore, nothing less than an Ecumenical Synod had the authority to institute a reform of such proportion. In view of their refusal to submit to the authority of the Church of Greece, the official Church excommunicated them. This was not the case with the monasteries of Mt. Athos. Although all but one (i.e., 19 monasteries) continued to follow the Old Calendar, they are under the jurisdiction of the Patriarchate of Constantinople with which they continue to be in communion. Despite attempts by the civil authorities in Greece to suppress them, the "Old Calendarists" continue to exist there and abroad and to maintain a hierarchy of their own together with parishes and monasteries.

Holy Days in the Orthodox Church

The ecclesiastical year, which according to Byzantine practice begins on the first of September, is divided between movable and immovable or fixed holy days. The movable holy days are determined by the date of Easter - the most important of all feast days -, which is in a class by itself. The determination of the date of Easter was definitively regulated by the decision of the First Ecumenical Synod, held in Nicaea (325). Next in importance to Easter are the "twelve great feasts," of which three are movable. Eight of these feasts are devoted to Christ and four to the Virgin Mary. There are also a number of feast days of varying importance, most of which commemorate the more popular saints.

Holy Days Dedicated to Christ and the Virgin Mary

The "twelve great feasts," as they occur in chronological order after September 1, are as follows:

Four main fast periods are included in the ecclesiastical year. They are:

Individual fast days include the feast of the Elevation of the Holy Cross (September 14), the Beheading of St. John the Baptist (August 29), and the eve of Epiphany (January 5), as well as all Wednesdays and Fridays. There is no fasting, however, between Christmas and Epiphany, during the tenth week before Easter, the week after Easter and the week after Pentecost.

Although the term denotes total abstinence from food or drink, fasting as practiced in the Orthodox Church means abstinence from meat, fish, dairy products, olive oil, and wine. Total abstinence is reserved for the fast of several hours duration preceding Holy Communion. The rules for fasting prescribed by the holy canons are quite rigid; and, although they are still observed in the monasteries and by the very devout, most Orthodox Christians today find it difficult to uphold the traditional practice for the length of time prescribed. Nevertheless, any deviation from the norm is permitted only following consultation with one's spiritual father or with the prior approval of the local hierarchy.

The determination of the date of Easter is governed by a computation based on the vernal equinox and the phase of the moon. According to the ruling of the First Ecumenical Synod in 325, Easter Sunday should fall on the Sunday which follows the first full moon after the vernal equinox. If the full moon happens to fall on a Sunday, Easter is observed the following Sunday. The day taken to be the invariable date of the vernal equinox is March 21.

Herein lies the first difference in the determination of Easter between the Orthodox Church and the other Christian Churches. The Orthodox Church continues to base its calculations for the date of Easter on the Julian Calendar, which was in use at the time of the First Ecumenical Synod. As such, it does not take into consideration the number of days which have since then accrued due to the progressive inaccuracy of the Julian Calendar. Practically speaking, this means that Easter may not be celebrated before April 3 (Gregorian), which had been March 21--the date of the vernal equinox--at the time of the First Ecumenical Synod. In other words, a difference of 13 days exists between the accepted date for the vernal equinox then and now. In the West, this discrepancy was addressed in the 16th century through the adoption of the Gregorian Calendar, which adjusted the Julian Calendar still in use by all Christians at that time. Western Christians, therefore, observe the date of the vernal equinox on March 21 according to the Gregorian Calendar.

As an alternative to calculating Easter by the Passover, "paschal (Easter) cycles" were devised. The Orthodox Church eventually adopted a 19-year cycle, the Western Church an 84-year cycle. The use of two different "paschal cycles" inevitably gave way to differences between the Eastern and Western Churches regarding the observance of Easter. Varying dates for the vernal equinox increased these differences. Consequently, it is the combination of these variables, which accounts for the different date of Orthodox Easter, whenever it varies from the rest of Christendom.