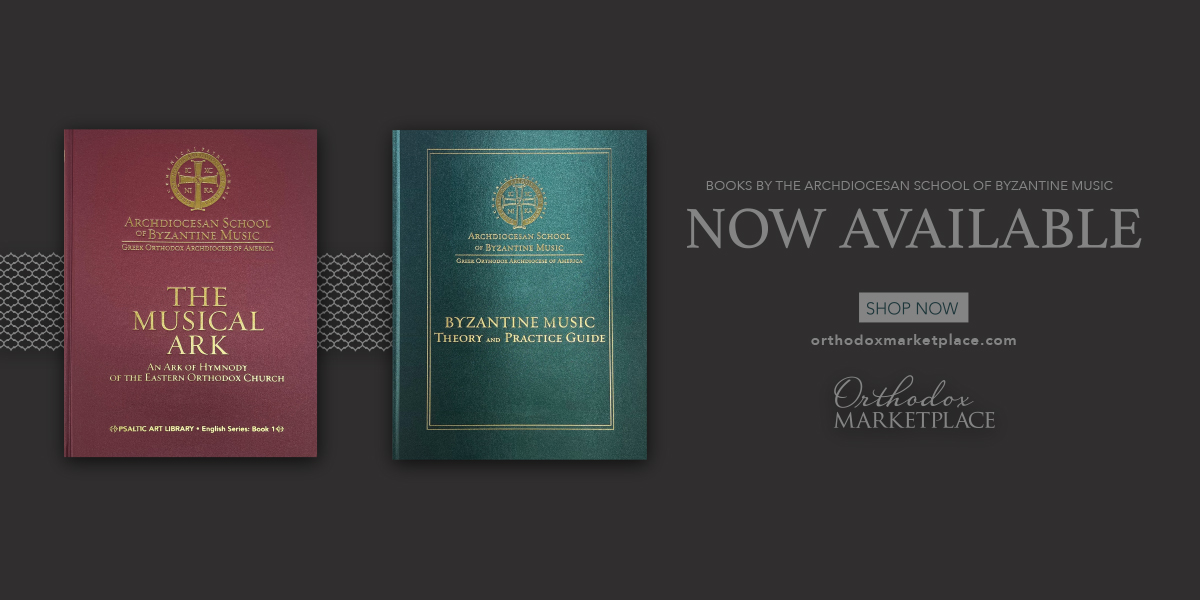 The first book is Byzantine Music: Theory and Practice Guide.  The Archdiocesan School of Byzantine Music currently uses this book as an educational tool in the context of the school's curriculum.  Originally published in 2011, the Theory and Practice Guide is an effort to preserve and pass on the beauty of proper liturgical music in the tradition of the Ecumenical Patriarchate of the Greek Orthodox Church. It contains a brief introduction to the history of Byzantine music, over 100 practice exercises with synoptic theory charts and graphical references, and includes a CD with audio examples to accompany the material found in the book. The text is written in English, while all of the original Greek terms are preserved with an English transliteration for those not able to read Greek.

The second book is The Musical Ark: An Ark of Hymnody of the Eastern Orthodox Church by Nicholas Roumas. The Musical Ark is a short anthology of ecclesiastical hymns that have been translated into English and set to music in byzantine notation by the author. This book is useful to cantors as it contains musical settings that can be chanted in services such as Vespers, Orthros, and Divine Liturgy.

Orthodox Marketplace is the official online store for the Greek Orthodox Archdiocese of America and is managed by the Department of Religious Education (DRE). It carries all materials created by the ministries and departments of the Archdiocese. Orthodox Marketplace also offers a selection of books, icons, religious tools, gifts, and materials from other publishers and suppliers to support these ministries fully.