Εκτύπωση Homily at the Divine Liturgy on the Holy Theophany 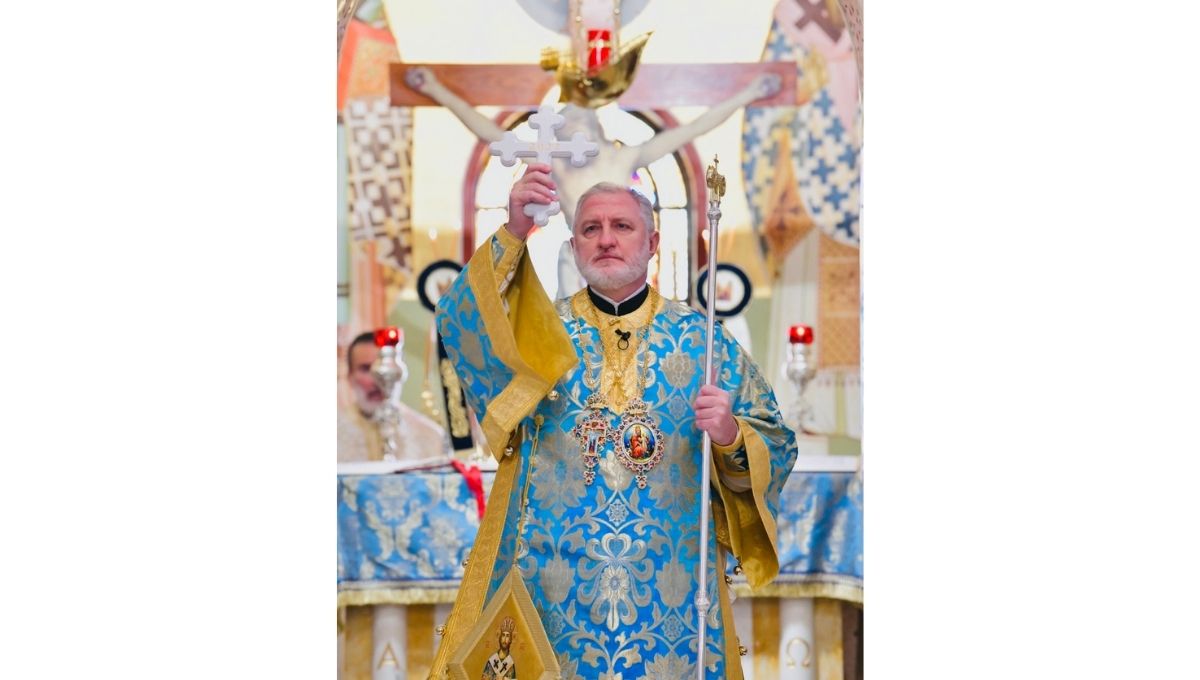 Homily at the Divine Liturgy on the Holy Theophany

Today the sacred and resounding assembly of the Orthodox rejoices. Today the Master draws near to baptism, so that humankind may be lifted up on high.

This is who we are! We are this Assembly with our voices crying out to the Lord Jesus Christ. Because He submitted to a baptism that He never needed – for the forgiveness of our sins, so that we might receive a Baptism that will carry us to Heaven. He entered the streams of the Jordan in order to make it a river of grace and love for our redemption.

This Jordan River — which is no great torrent of water like the Nile or the Mississippi — begins at the Sea of Galilee, in the greenest region of the Middle East. It flows south from Galilee, along what is the current border between Jordan and Israel. But what most people do not realize is that it ends in the Dead Sea, which, at over 400 meters below sea level, is the lowest point on our planet Earth.

The Fathers of the Church saw in the Jordan River a metaphor for human life: with its beginnings in the verdant lands of Galilee, and its ending in a literally dead body of water.

Every human being commences life with the freshness of a new-born babe. Like the sparkling waters of the Sea of Galilee, there is much promise in the vitality of youth. But as the journey of life goes on, we inevitably end in the Dead Sea; for every human person must pass through this inexorable experience. Whether we live a short time or a long time, we will eventually settle in that lowest point on the planet, the zone of the Νεκρά Θάλασσα.

So it was, my beloved Christians, that the Lord Jesus Christ entered into the waters of the Jordan. But He entered into them long before the Day of His Baptism, for He embraced our humanity in His Divine Incarnation.

When the Lord Jesus came to the River Jordan, and received baptism from His cousin, John, He did so in solidarity with our human circumstances. And even though He was not subject to death, because He was without sin, He accepted to enter the stream that would carry Him to His voluntary Passion and Death on Golgotha. But He also showed us the bright promise of eternal life in Him, when the waters were driven back.

As it says in the Prayer of the Great Blessing of the Waters:

In Greek, the phrase is: ἐστράφη εἰς τὰ ὀπίσω – is an expression from the Psalms, which celebrates the triumph of the Exodus of Israel, and the entry into the Promised Land. The phrase describes the moment when the River Jordan turned back on itself, and the tribes of Israel crossed over into the Promised Land. In the Gospel of John, the same phrase describes the moment that Mary Magdalene “fell backwards” at the recognition of Jesus, risen from the dead.

In turning back upon itself, the Jordan River — the very symbol of the inevitable end of human life — foreshadows the Mystery of our Resurrection in Christ. The Lord reverses the course of our lives, as He reversed His own death upon the Cross, by rising from the dead. He descends into the waters so that we might ascend to the Heavens.

Therefore, my beloved Brothers and Sisters in Christ:

Let us embrace this feast of Theophany in all its wonder and glory. And let us take faith in the Lord Jesus Christ, Who shared our human nature, in order to share with us His Divine Nature, by grace.

This is why we have gathered once again in the famous City of Tarpon Springs, a city that has so warmly welcomed us and honors us today with the keys to this marvelous city.

So that we may affirm our life in Christ by Baptism, and the hope of the Resurrection which awaits us by the grace of the One who was Baptized in Jordan.