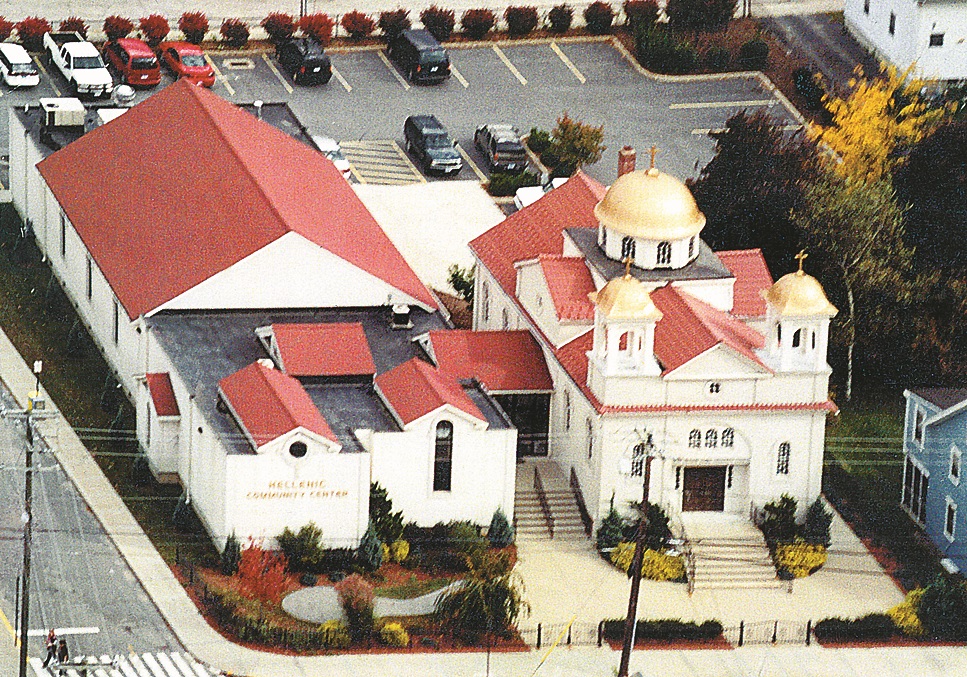 DANIELSON, Conn. – The rural countryside of northeastern Connecticut is home to a small Greek Orthodox community that played a big part in the development of Holy Cross Seminary at nearby Pomfret, where from 1934 to 1948 the first American-born priests received their training.

Danielson itself (population about 4,500) is described as a borough of the town of Killington, and about 1.2 square miles in size. It lies along U.S. Route 6, the nation’s longest transcontinental highway, which links Provincetown, Mass., with Bishop, Calif. About a half-hour drive to the east is Providence, R.I., where parish priest Fr. Nick Milas resides. More than two decades before the school was established in Pomfret, Greek immigrants arrived in the area to find employment in the many textile mills that were the mainstay of the region’s economy at the time.

According to a parish history, the local Greek Orthodox residents gathered in a small rental hall on Aug. 6, 1916, for the first Divine Liturgy to be celebrated in the community. Those who spearheaded the drive to organize the church were George Berris and Peter Senopoulos.

The first priest to serve the parish was Fr Christos Hatzis, who celebrated the first Liturgy on November 25, 1917.

In December, the parish received its state charter and property was acquired on Water Street, where the present church now stands. Parishioners raised money to build a church and the cornerstone was laid Nov. 25, 1917. The building was completed by June and the first Divine Liturgy took place then. In 1923, and soon after, the community purchased two houses on adjacent properties for a priest’s residence and a Greek school.

Danielson, being very close to Pomfret, figured prominently in the school’s progress in the 1930’s and ‘40’s.

Many students and professors would visit Holy Trinity. The seminary choir often chanted the Liturgy, elder members remember. Some of the clergy who visited during that time included Archbishop Athenagoras, Bishop Kavadas, Frs. George Tsoumas, George Papadeas, Leonidas Contos (who is laid to rest in Danielson), Theodore Logothetis, and Danielson natives John Berris and Emmanuel Metaxas.

The church building was consecrated in 1965, after many years of work on the interior. The iconography was completed by John Papaspiliopoulos, a student of Photis Contoglou, in the mid–1960s.

From its founding until 1985, 25 priests served the parish, one for a little as 18 days. Fr. Milas, a Philadelphia native and the longest serving priest, came to the parish that year after serving Sts. Constantine and Helen in Washington (1974-77), where he taught in the parochial school, and Assumption in Pawtucket, R.I. (1978-83). The Danielson church had about 25 families then, but no priest. Fr. Milas, who commutes from his home in Providence, at first served as a substitute on Sundays while he taught special education in the public schools. He retired from teaching in 2013. “I love it,” he said of his ability to serve the parish full-time now. “It’s a brand new experience. I always had to squeeze my responsibilities to fit into the time available. My job is to bring everyone on the same page.”

He described his parishioners as “a very hospitable group, very pious people.”

Holy Trinity is into its third and fourth generation with inter-church marriages the norm. “There’s very little Greek blood left,” Fr. Milas said. Yet members still want the use of Greek in the services.

The amount used in the Divine Liturgy varies from week to week. Services on the first Sunday of the month are all in English. The second and third Sundays contain both and the last Liturgy of the month is done in all Greek

“Even converts want to hear Greek,” he said, even though he uses more English. “The children are in the fourth generation and can’t relate. They don’t have a problem with it (the Greek), they just can’t relate.”

There are still some older parishioners from Europe, especially Chios. A large percentage of members consists of converts. Fr. Milas said that one elderly couple was formerly Presbyterian.

By the late 1980s, membership increased to the point where a larger church was needed and a building program was launched in the 1990s. The present church and adjacent Hellenic Center were built on the same property and the houses were demolished to make room for a parking lot. Metropolitan Methodios dedicated the center in 2000. The complex has two levels that include a social hall, the priest’s and administrative offices, library, small kitchen and a foyer that allows for overflow attendance from the church on major holy days.

Though the church has a small number of young people, a dance troupe that Fr. Milas began has proven to be very popular with the teens of the community. He hopes that this group will evolve into a broader youth organization. The priest taught Greek school for a few years, but there is no demand for it now. There is a full-range of age groups in the parish, including several young couples with small children and a parents’ group meets regularly

Parish ministries and outreach include a choir that functions year around and a local health screening clinic uses the hall on a regular basis.