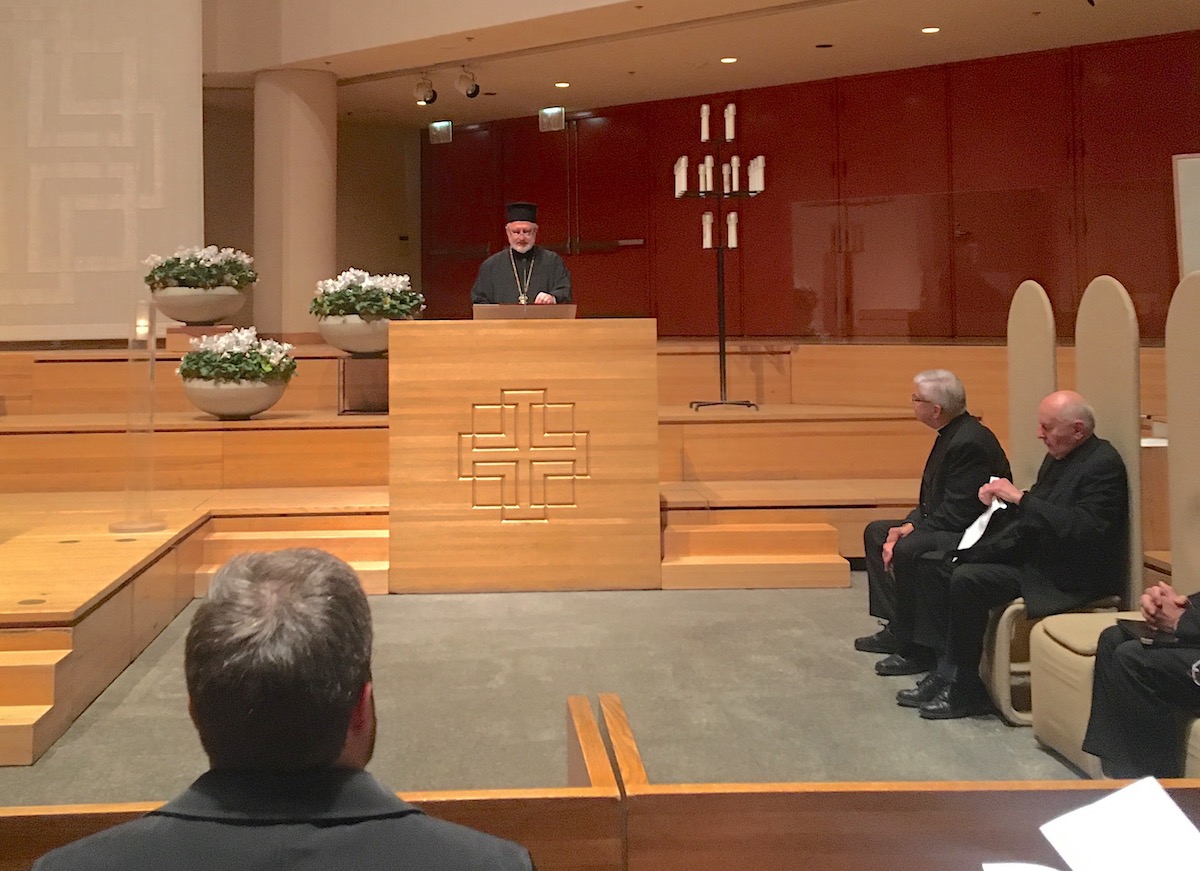 NEW YORK – On November 13, His Eminence Archbishop Elpidophoros offered the keynote address at an Ecumenical Symposium titled “Truth does not fear dialogue,” hosted by Saint Peter’s Church with the Roman Catholic Archdiocese of New York; the Metropolitan New York Synod, ELCA; The Grace Foundation; and Yale Divinity School. In his address, Archbishop Elpidophoros emphasized the importance of ecumenical dialogue promoting peace and reconciliation in today’s global culture. Presenting the history of Orthodox involvement in ecumenical dialogue, he also spoke of his personal experience with the International Lutheran-Orthodox Dialogue, especially touching upon the theological question of justification. His Eminence stated: “For Orthodoxy, being justified is a dynamic state, as is ecumenism. Our ecumenical witness is destined to become one of the effects of a theological consensus to which we are drawing closer. While we take the persistent differences that keep us away from unity very seriously, the pursuit of a theological dialogue is a key part of ensuring that the common understanding of the fundamental truth of Christianity can become more inclusive.”

His address was followed by brief responses from Monsignor John A. Radano and Lutheran Bishop Paul Egensteiner. The event finished with the service of Compline.