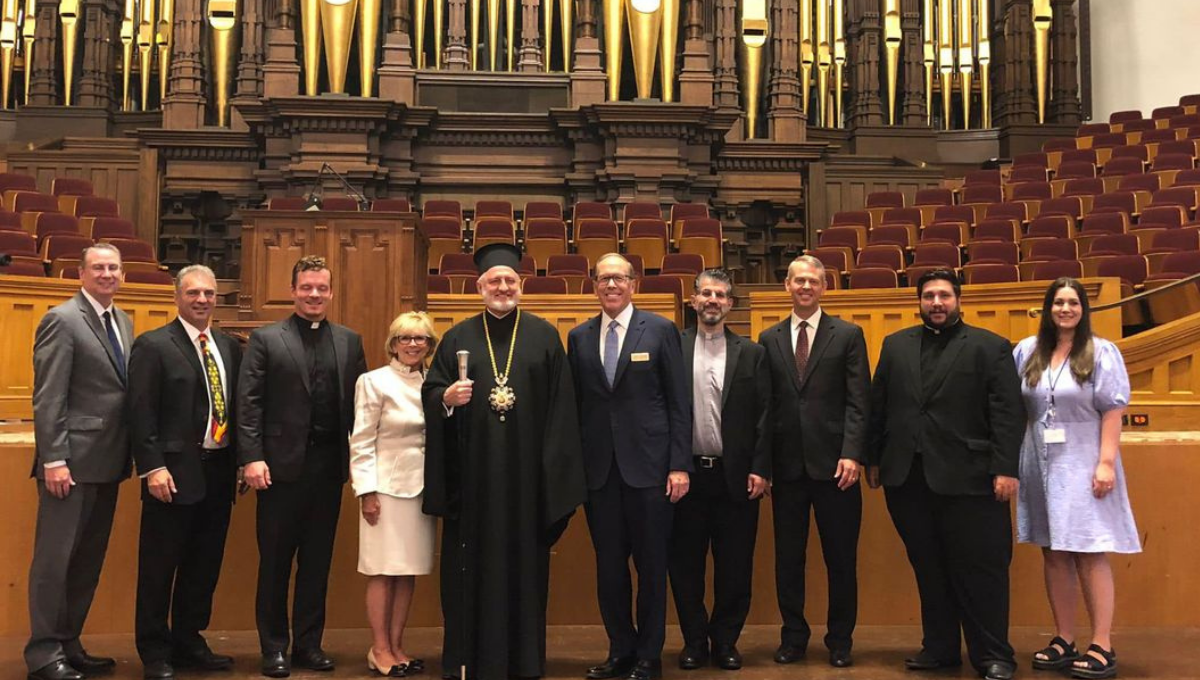 Archbishop Elpidophoros continued his week-long visit to Utah on Thursday, July, 22, 2021. His Eminence met with the First Presidency of the Church of Jesus Christ of Latter Day Saints and after was given a tour of the Mormon Tabernacle featuring a demonstration of its famous organ. 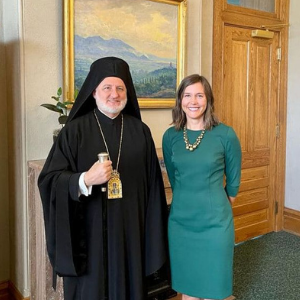 Archbishop Elpidophoros of America also met with Salt Lake City Mayor Erin Mendenhall. The conversation covered the important issue of homelessness in Salt Lake City, the efforts being made on behalf of the city, and how the Greek Orthodox Communities of the area can assist in these efforts.

His Eminence also congratulated the mayor on the Salt Lake City’s 1,000 Trees Initiative and promised to return in 2022 to, together with the Greek Orthodox Communities of Salt Lake City, assist in this initiative of planting trees.

Mayor Mendenhall thanked His Eminence for his proactive approach to ministry and graciously accepted his offer to participate in the 1,000 Tree initiative. She also explained that the city recently adopted a new flag and she presented HIs Eminence with one of the first productions of this flag. 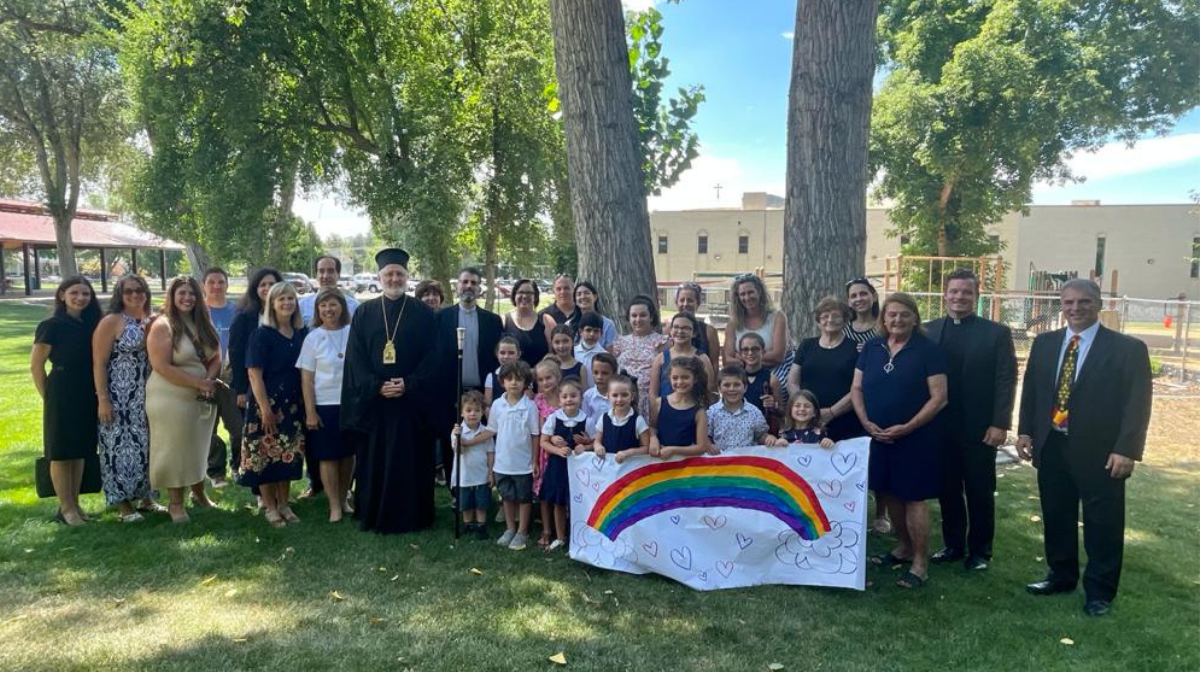 On Thursday afternoon July 22nd, His Eminence Archbishop Elpidophoros of America visited Prophet Elias Greek Orthodox Church in SLC where he was warmly greeted by the children of the parish’s St. Sophia Hellenic Orthodox School which is currently holding its summer camp session. The children had prepared a wonderful program of songs which they presented to His Eminence.