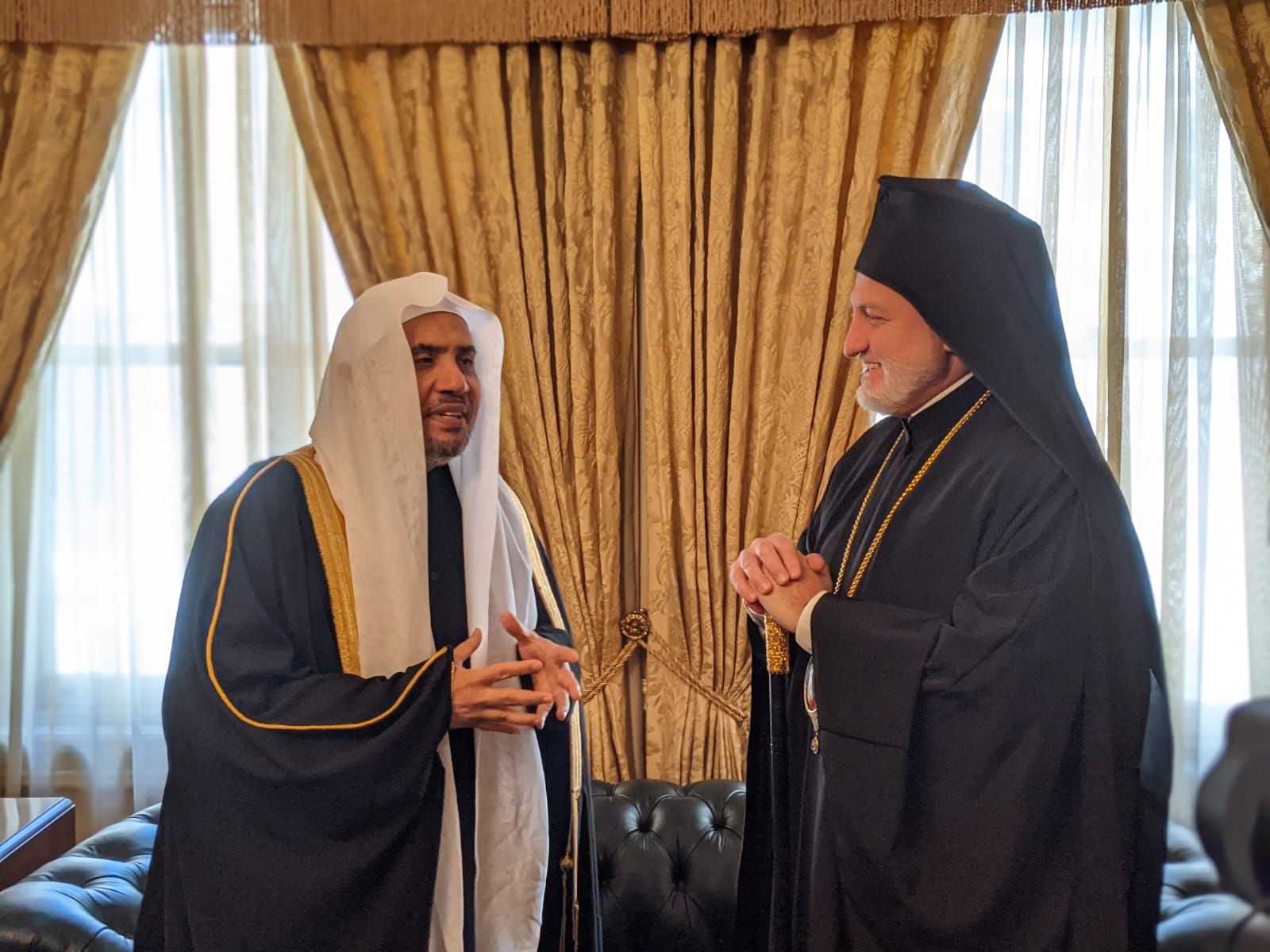 This morning, October 21, 202, His Eminence Archbishop Elpidophoros of America met with His Excellency Dr. Mohammad Abdulkarim Al-Issa, Secretary General of the Muslim World League, at the Greek Orthodox Archdiocese of America to discuss the importance of inter-faith dialogue and cooperation. Archbishop Elpidophoros expressed his particular joy on this dialogue and insisted on fostering the relationship between Orthodox Christians and Muslims. Dr. Mohammad Abdulkarim Al-Issa called for tangible outcomes to continue the dialogue while building bridges across religions and civilizations, noting that the role of education is a crucial dimension of peace and cooperation. Dr. Al-Issa was accompanied by Bawa Jain, Secretary General of the World Council of Religious Leaders.