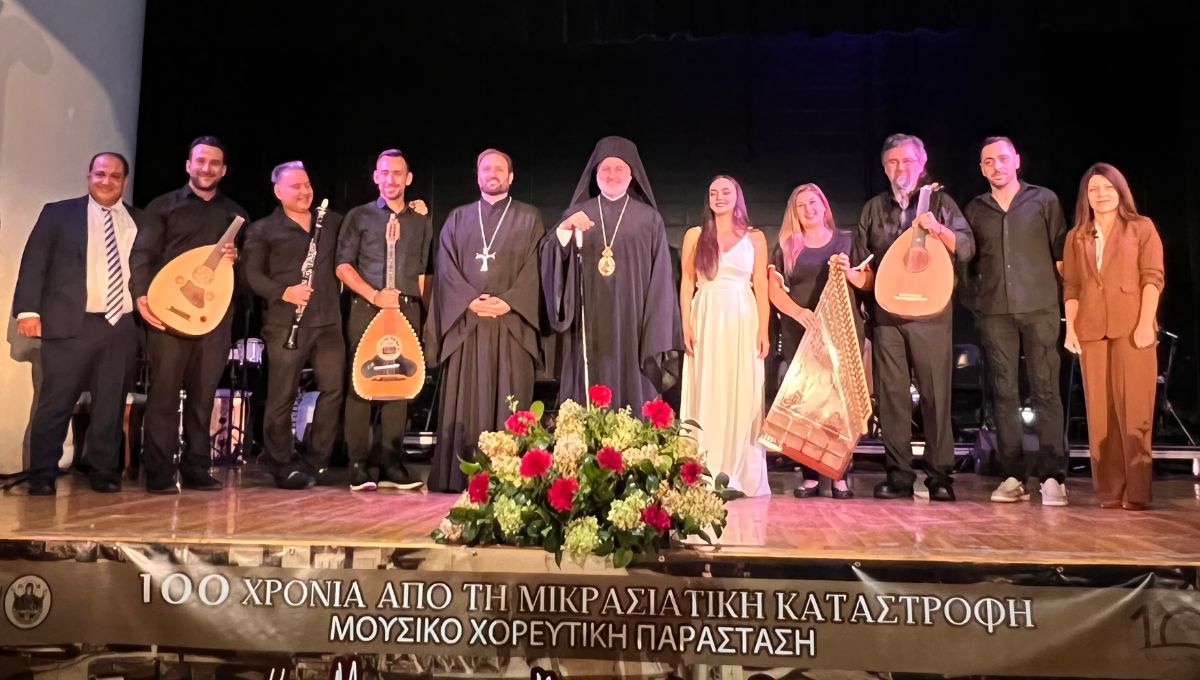 NEW YORK — Zoodohos Peghe Greek Orthodox Church  hosted a special cultural event on Wednesday, September 21, commemorating 100 years since the Asia Minor Catastrophe. Free and open to the public, “Memories, Sounds, and Life,” aimed to share the enduring music, culture, and history of Asia Minor’s Greek population with the community in the Bronx. His Eminence Archbishop Elpidophoros, Consul General of Greece the Honorable Konstantinos Konstantinou, and Consul General of Cyprus the Honorable Michalis Firillas opened the evening with remarks.

Addressing the community in Greek, the Archbishop emphasized our “responsibility to remember” the lives lost, the refugees displaced, and the rich heritage stifled by the tragedy. The Archdiocese of America itself had been established— also a century ago— as the Patriarchate’s pastoral response to the catastrophe as refugees fled to the United States and other places to rebuild their lives.

The evening’s program offered a space for lamentation, but also for hope and the celebration of the life and traditions that survived such loss, His Eminence said. For him, a Greek of Constantinople, the community’s commemoration was especially meaningful, because the history of Asia Minor reflected his personal story and the story of so many of the sacred grounds he visited in his years serving the Ecumenical Patriarchate.

According to Sociologist-Journalist and Keynote Speaker Dr. Despina Afentouli, before 1914, Asia Minor Hellenism was predominant in the area both demographically and economically, but by the turn of the century, “a plan for the extermination of the Christians - especially of the Greeks, the Armenians, and the Assyrians who were living in the Ottoman Empire - was implemented. Christians were under pressure to become Muslims, [were] brutally displaced, and suffered unfree labor battalions and genocides.”

The Ecumenical Patriarchate remains a “timeless symbol of the Orthodox faith” and the Phanar a “cradle of Orthodoxy,” but a hundred years later, Greek Orthodox heritage sites, like the Hagia Sophia, continue to face threats to their integrity and preservation, said Dr. Afentouli.