WASHINGTON – Vice President Joe Biden attended today an Inaugural reception in honor of His Eminence Archbishop Demetrios and in recognition of the extraordinary public service of three distinguished individuals of Hellenic descent, Jim Chanos, Dennis Mehiel and George Tsunis, who were honored by His Eminence with the Medal of Saint Paul, the highest honor of the Greek Orthodox Archdiocese of America.

Vice President Biden said he was delighted to be with Archbishop Demetrios and the Greek American community. “You are a saintly man and one of the finest men I have ever known,” said Mr. Biden to the Archbishop. He praised the three honorees for their contributions to their community and to the Country and added that the Greek American Community is the most loyal he has ever known. 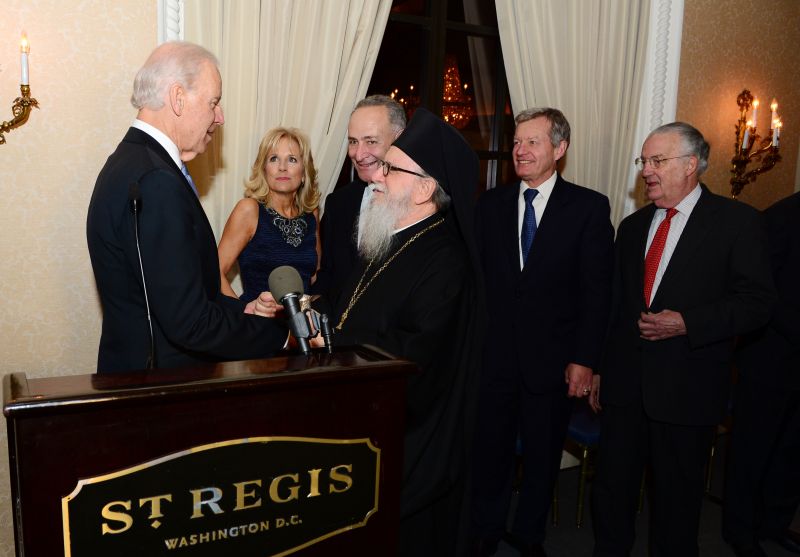 Senator Charles E. Schumer, Chairman of the Joint Congressional Committee on Inaugural Ceremonies addressed the guests and expressed his appreciation for Archbishop Demetrios and his participation in the Presidential Inaugural Luncheon, where he will offer the benediction, immediately following the Inaugural ceremony and the swearing-in of President Obama  and Vice President Biden. “It is our honor to have His Eminence participate, someone as distinguished as the Archbishop, someone who is such a great leader of an outstanding community in the United States, who personifies all those great values that we treasure in America – there is nobody better than His Eminence,” said Senator Schumer.

The program was hosted and presented by Archon Andrew Manatos, who offered insightful commentary on the honorees and their contributions, and on the role of the Greek American Community in the life of the Nation. 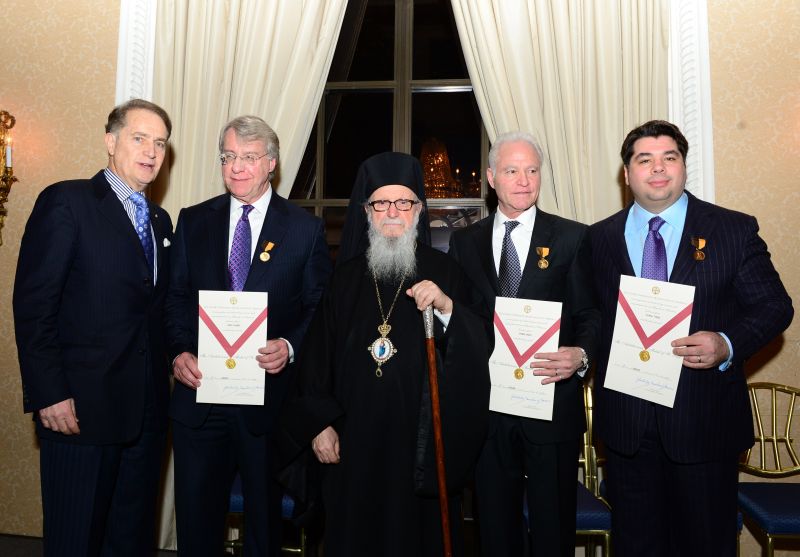 Among the many guests at the reception were Senator Max Baucus, chairman of the Senate Committee on Finance, former Senator Paul Sarbanes, Congresswoman Nancy Pelosi, Congressmen Joseph Crowley and John Sarbanes, the Ambassadors to the United States of Greece Christos Panagopoulos and Cyprus Pavlos Anastasiadis, and many other administration officials and diplomats.