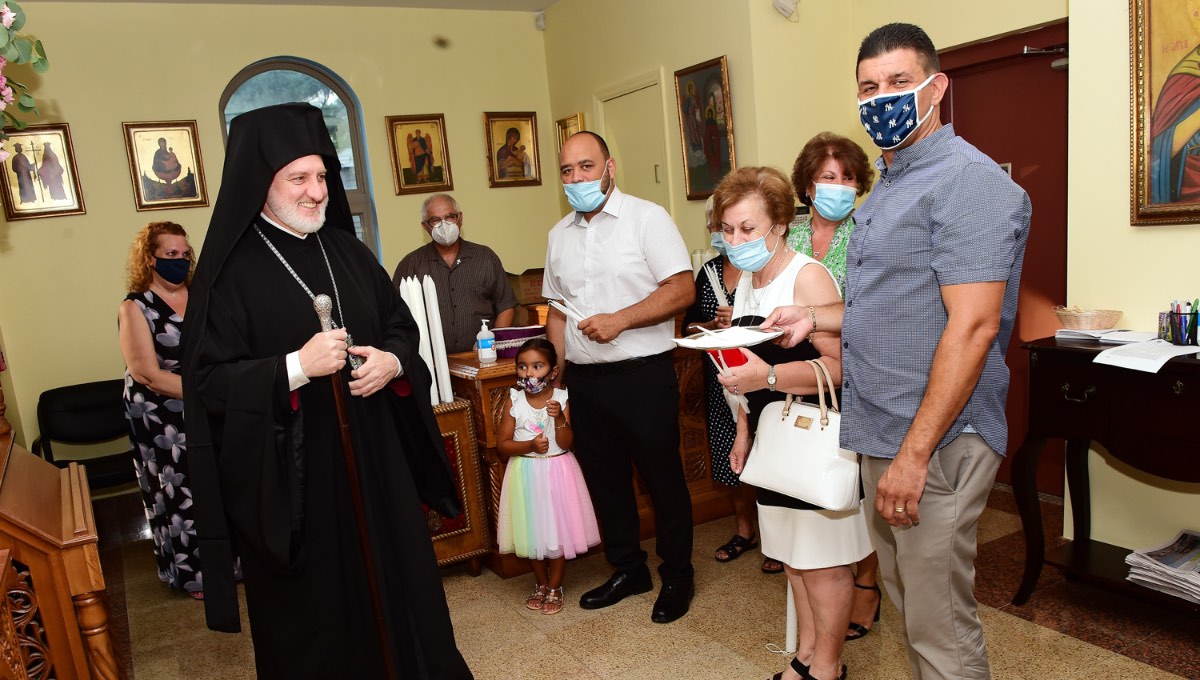 Homily for the Vespers of Saint Markella

She is all these things, but so much more. For all Orthodox Christians, who have lived to see the day come when our Hagia Sophia is manipulated, even violated, by political powers, and religion is used to become a pawn in a badly conceived move of geopolitical and cultural domination, Saint Markella is a necessary reminder.

She is a reminder of how goodness, even when it suffers horribly at the hands of evil men, is always vindicated.

She is a reminder that the essence of our Faith cannot be corrupted, no matter how people try to use, or even abuse, our inherent good and peaceful motivations.

She is an example of how the arc of history does indeed bend toward justice, and that although Divine justice may sometimes seem to be delayed, it will not be denied.

The greatness of Saint Markella is reflected in the image of the Saint with whom she shares this present Feast, Saint Mary Magdalene, the “Apostles to the Apostles.” She is called this because, as you may remember, it was she who announced the glad tidings of the Resurrection to the Apostles.[*] Even though they did not believe her and had to go to the Empty Tomb and see for themselves. But she was the first!

These two women, separated by centuries and by circumstances, demonstrate a truth to all Orthodox, that the character and quality of women is essential to an understanding of our Faith. The spirit of sacrifice that is inherent in every woman, and which we see in the self-sacrifice of every mother who has ever lived, is the spirit that infuses both the Holy Markella and Mary Magdalene. Neither one bore children, yet they participated by grace in that absolute Motherhood, which is truly best exemplified by the Virgin Mother of God.

Markella dies as a martyr in body, because she is already a martyr in the purity of her soul. She lives in the flesh by the spirit, just as the Virgin Mother of our Lord Jesus Christ lived, in perfect purity and righteousness, as we chant in the Apolytikion of her Dormition:

“In giving Birth you did preserve your virginity…”

This is why Markella’s martyrdom is so relevant today, as we prepare, as a People, to endure with our beloved Hagia Sophia, which is being reconverted to a mosque this coming Friday. It is a very real violation of this sacred space, of this Body of the Orthodox Faith that has stood for fifteen centuries. She, our precious and Great Church of Christ, should not be used as some sort of trophy of conquest – religious or otherwise. Hagia Sophia was open for all, a monument that lifted cultures and peoples, and was admired by the whole world. And now, she is being reduced by the whims of those who would control its stones, and not listen to them speak.

But like the red rocks that mark the place of Markella’s martyrdom, where the springs runs warm to the touch to remind the pilgrim of her zeal for Christ, the stones of Hagia Sophia will continue to sing of the glory of Christ, Who is the Holy Wisdom of God.

We, the faithful, must continue our devotion, even in the face of this martyrdom of the Great Church, just as we embrace the martyrdom of Saint Markella. Let us give ourselves to these acts of memory with love and with hope. The one who slew Markella is a name unspoken, but her name is sung throughout the world. And although Hagia Sophia is removed from our view for a season, the Holy Wisdom of God infuses every facet of the Church throughout the oikoumene.

Through the prayers of the Holy Markella and all the Saints, we are blessed and we shall ever be blessed.