Print Homily for the Vespers of the Dormition of Saint Anna 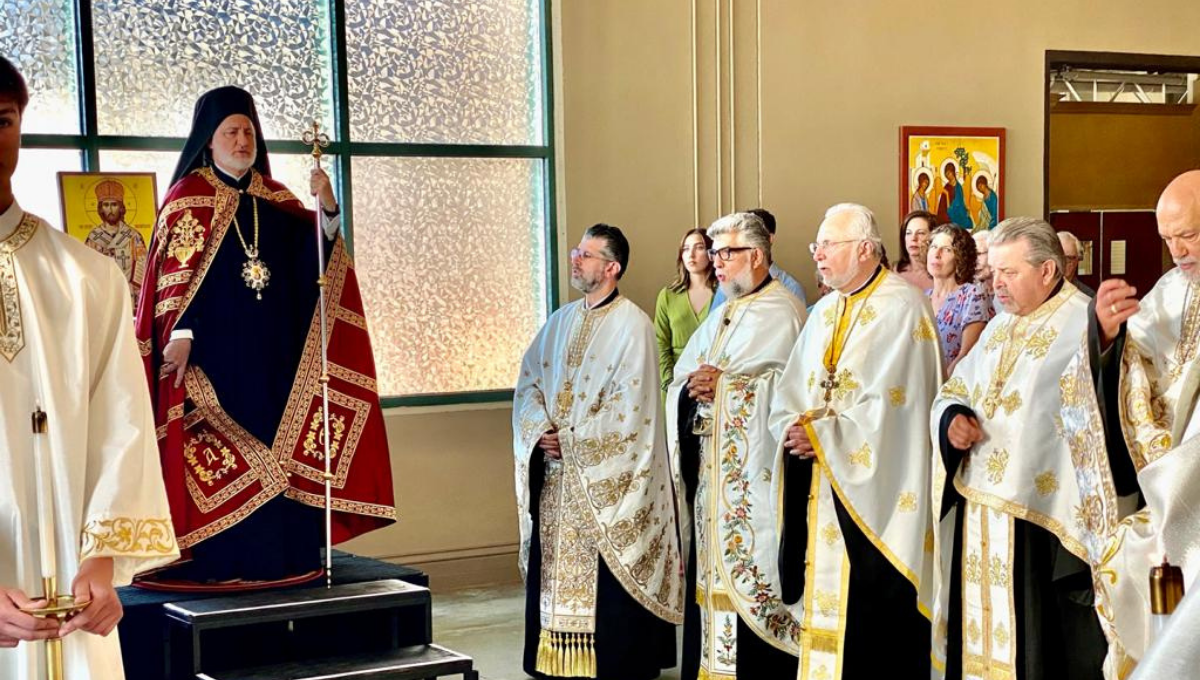 Homily for the Vespers of the Dormition of Saint Anna

I am so very pleased to be with you – the faithful of Utah – during this weekend. This afternoon, I had the pleasure to meet the sisterhood from the local Philoptochos society, which is clearly one of the most engaged philanthropic chapters in the entire Archdiocese.

At this Great Vespers, we celebrate the feast of your Parish, the Dormition of Saint Anna, the Mother of the Mother of God, and the Grandmother of our Lord Jesus Christ. She has a special place in the Church as the protectress of women in childbirth.

This reminds us, in a very special way, of the human nature of the God Whom we worship and adore. Not only did He have a human mother, but she had parents, too: His saintly grandparents, Joachim and Anna.

There is a widely held tradition that Saint Anna was one of three sisters, the other two being Maria and Sobe. This Sobe was the mother of Elizabeth, who gave birth to John the Baptist. Thus, our Lord Jesus Christ and John the Forerunner were second cousins through their mothers, Elizabeth and the Theotokos.

Moreover, Anna’s importance is foreshadowed in the Old Testament story of Hannah (which is the Hebraized version of the same name). Hannah, like Saint Anna, had difficulty conceiving a child, and was well beyond her years of such an expectation when she found herself pregnant. Her child became the Prophet Samuel.

Like Saint Anna, who gave the Theotokos to be reared in the Temple at the tender age of three years old, Hannah gave her son to the Temple as it was at that time – a portable Tabernacle outside of Jerusalem.

Both of these mothers, Anna and Hannah, gave thanks to God for their respective children by dedicating them to the service of God. In this way, the faith and gratitude of Anna mirrors that of Hannah. And although we have no Scriptural voice of Saint Anna, we do have the Prayer of Hannah.[*] Her song resounds through the ages in the life of the Church as the Third Ode, or Canticle, that is chanted in at the Matins Service. In the Prayer of Hannah, there is an echo of Anna, which finds its fulfillment in the Magnificat – the Μεγαλυνάριον of the Theotokos – which we chant at every Matins:

My heart is established in the Lord, my horn is exalted in my God, my mouth is enlarged over my enemies; I rejoice in Your salvation.

Many of us have had the blessing in this life to know our grandmothers. They often play a vital role in our spiritual upbringing. They instill in us a great love for the Church, and particularly for the House of God. Hannah gave her son, Samuel, to serve the priest Eli in the Tabernacle. She even made him a little vestment, a robe that was called an “ephod,” so he would be like the priests who served the sacrifices.[‡] Every year she would bring him a new one.

Saint Anna gave up her longed-for daughter to live in the Temple in Jerusalem. And it was in the Temple that our Panagia readied herself to receive God in her womb.

How many of our grandmothers have done the same for their grandchildren through the centuries – dedicating their grandsons and granddaughters to the service of the Church through acts of piety, prayer, intention and fasting.

We owe so much to our grandmothers. They sustain us in life, and even beyond their lives. They teach us as much by example, as they do by words. They are deep expressions of love and wisdom, and we are fortunate if we have lived to enjoy their presence in our lives.

Thus, my beloved sisters and brothers, tonight, we celebrate Saint Anna, the Mother of the Mother of God. And in praising her, we give thanks to the Lord as well for all of our grandmothers – those still with us, and those who have gone before us.

In tomorrow’s Matins service, these special “Verses” sum up the content of the Feast, and in praise of Saint Anna, I close with them.

You passed from life, O Mother of the Virgin-Mother Daughter,

You Conceived the One Who is the Salvation of mothers,

On the twenty-fifth, Anna, who helps those in childbirth, expired.

Through the holy Intercessions of Saint Anna, the Mother of the Mother of God and the Grandmother of our Lord Jesus Christ, may we all attain to a new birth in the Kingdom of God.