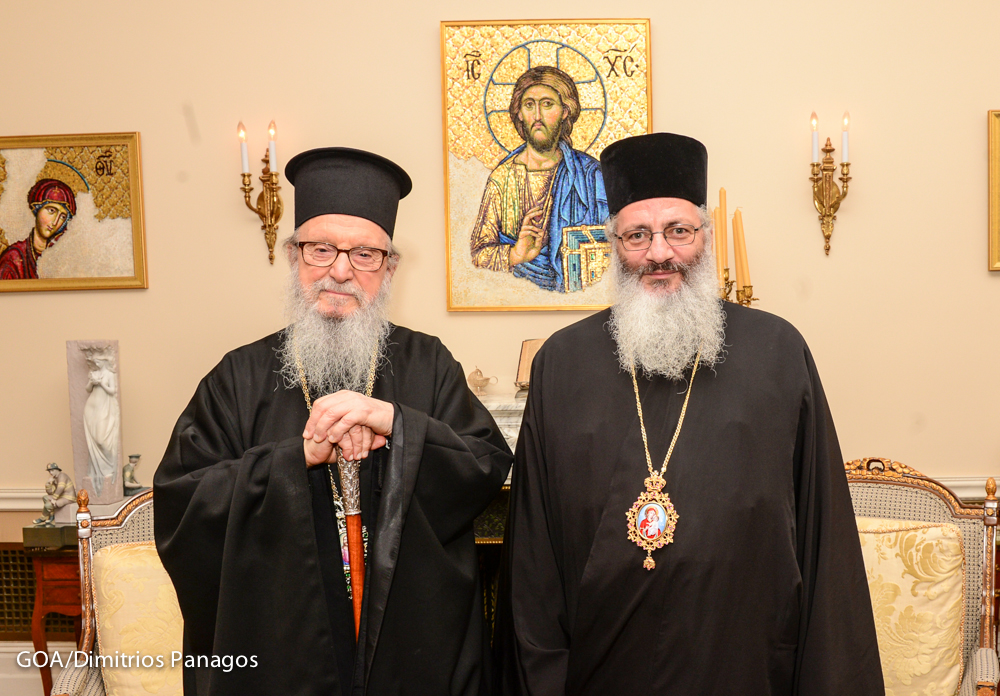 NEW YORK – His Eminence Archbishop Demetrios of America received yesterday the visit of His Grace Bishop Christoforos of Karpasia (Cyprus) who is visiting the United States in a mission to save the cultural heritage of Cyprus and Orthodoxy in the occupied areas of Cyprus.

Bishop Christoforos, whose bishopric consists of the occupied land in the Karpasia peninsula, is spearheading a blessed effort to preserve and restore the dilapidated churches, the icons and other monuments in the occupied areas of Cyprus.

Archbishop Demetrios during his visit to Cyprus in 2014, (read story), visited the occupied part of Cyprus, churches and monasteries –including the historic monastery of Agios Andreas- and witnessed the destruction caused by the brutality of people and the harshness of the elements and time.

On Friday June 2, 2017, 6:00 p.m., at the Archdiocesan Cathedral of the Holy Trinity Cultural Center in New York, (337 E 74th Street), Bishop Christoforos will make a presentation titled “The destruction of the cultural heritage in occupied areas of Cyprus and the Church of the Archangel Michael in occupied Yialousa.” Those in attendance will have the opportunity to learn about the plans to save Cyprus’ cultural heritage and help preserve and restore the churches and monuments in danger of permanent collapse.

The event is organized by the Federation of Cypriot American Organizations, together with the Consulate General of Cyprus in NY and under the auspices of the Greek Orthodox Archdiocese of America. 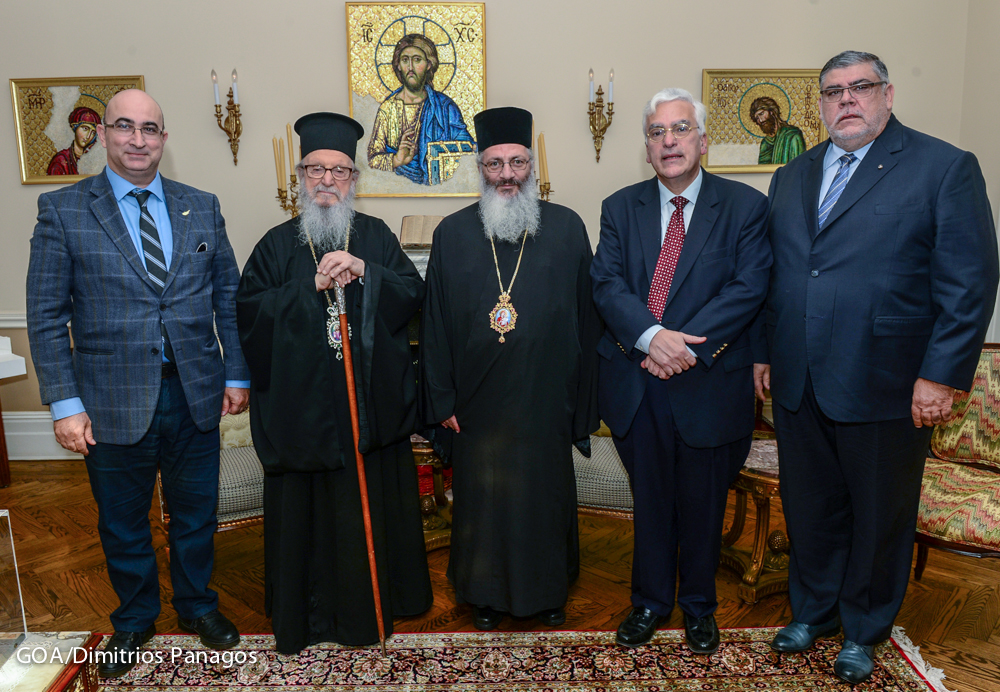 Archbishop Demetrios of America (center L) and Bishop Christoforos of Karpasia (center R) with (L to R) Panagiotis Hatzipantelis, president of the displaced community of Yialousa, the Consul General of Cyprus in NY Ambassador Vassilis Philippou and Panicos Papanikolaou