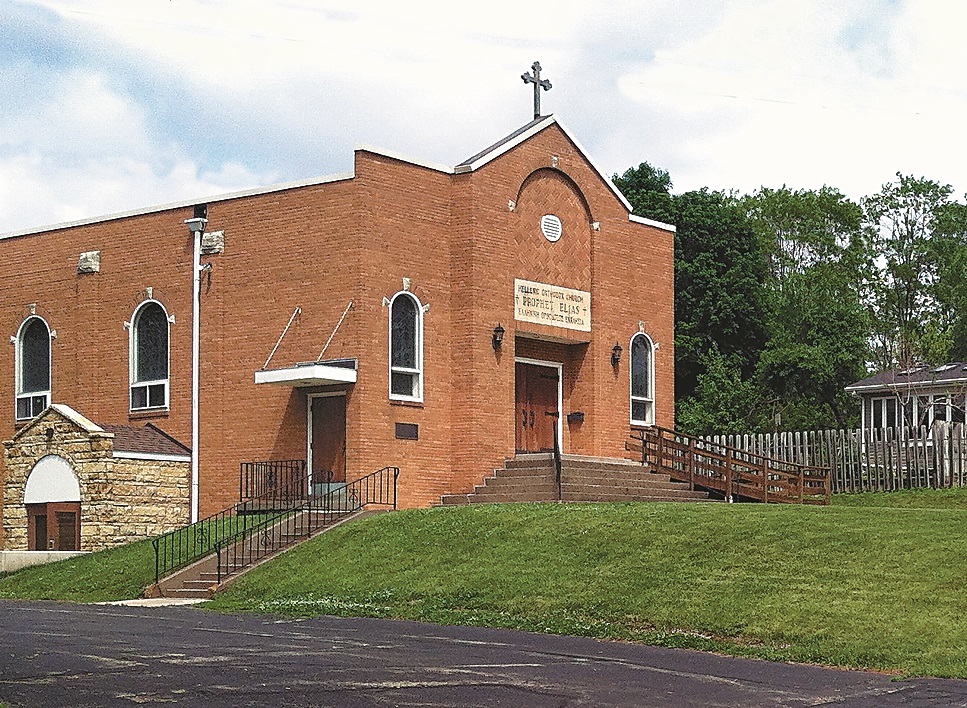 DUBUQUE, Iowa – Just because a church is small in membership doesn’t mean it does not have a significant affect on the community.

Membership in the parish hit its peak in the 1970s when there were about 100 families in the community. However, with a large downturn in the economy-Dubuque at one point had the highest unemployment rate in the country-and with children of the original founders going off to college, never to return, and their families moving away, the parish went into decline.

“Our primary concern now is church growth,” said Fr. Lyon, who has served as pastor since graduating from St. Vladimir’s Orthodox Seminary in Crestwood, N.Y.

But he has led his small church in being a major presence in Dubuque, a city of about 60,000 on the Mississippi across from the Wisconsin-Illinois border.

In recent years, the city has bounced back from the economic decline in underwent in the 1980s and has since diversified its economy with health care, publishing and tourism as the largest industries.

Fr. Dunstan is personally active in the community, serving on the board of the local rescue mission and homeless shelter, the Dubuque Crop Walk that raises money for the hungry and an ecumenical organization known as The Children of Abraham, which holds monthly dialogues involving Christians, Jews and Muslims of the area.

“If the church is confined to just four walls, then it’s a club,” he said. “We have to be part of a greater community to show Christ’s love.

Some parishioners participate in the organization Dubuque Area Congregations United, a group of 45 churches that run the local food pantry, perform other outreach ministries and help the poor with basic expenses such as food, utilities and rent.

St. Elias Church was founded by a group of about 75 immigrants and American-born Greek Orthodox who had settled here in the 1930s. After renting a large room on the second floor of a brick building for worship services, the community held a general assembly meeting in 1954 and the parish got its official start.

The best known former parishioner who went on to achieve international fame is Louis Psihoyos, a long-time photographer for National Geographic and documentary film director. In 2009, he directed and appeared in the feature-length documentary “The Cove,” which won an Oscar for Best Documentary Feature. His father was an immigrant from Greece who fled the communist occupation of the Peloponnesos near Sparta after World War II. Fr. Dunstan noted that Psihoyos’ mother and brother are still members of the parish.

Fr. Dunstan is a sixth-generation Iowan of Methodist background.

He came to the Orthodox faith when he was an archaeology and religious studies double major at the University of Minnesota. He said he was looking for the historic Church, about the time he spent two summers in Greece studying excavations. “I decided that the Orthodox Church was the Church of Christ,” he said.

Returning to the university, he joined the Orthodox Christian Fellowship and converted in 2005. He went on to earn a master’s in archaeology from the University of Missouri before deciding on becoming a priest and enrolling at St. Vladimir’s.

Membership consists of about a-third of Greek background, another third of mixed ethnicity and the remainder, converts, including the priest. The Liturgy is mostly in English, with some Greek, Church Slavonic and Arabic used intermittently.

Stewardship is the main revenue source. There is no Greek festival and finances are a concern, Fr. Dunstan noted. The parish has had to dip into its savings, but is establishing a capital campaign to pay for badly needed renovations, including a new roof. In the meantime, church services are taking place in a rented chapel.

The church has no choir or psalti, but congregational singing takes place at Sunday Liturgy. The priest holds regular Bible studies and there are about eight high school-age youth and a few younger children. A Philoptochos chapter functions with about eight members.

Still, a positive attitude persists in the community. “We remain dedicated and optimistically look towards the next 50 years with much hope, promise and determination to serve our children and the entire St. Elias community,” Fr. Dunstan noted.