The Words We Choose

Print The Words We Choose 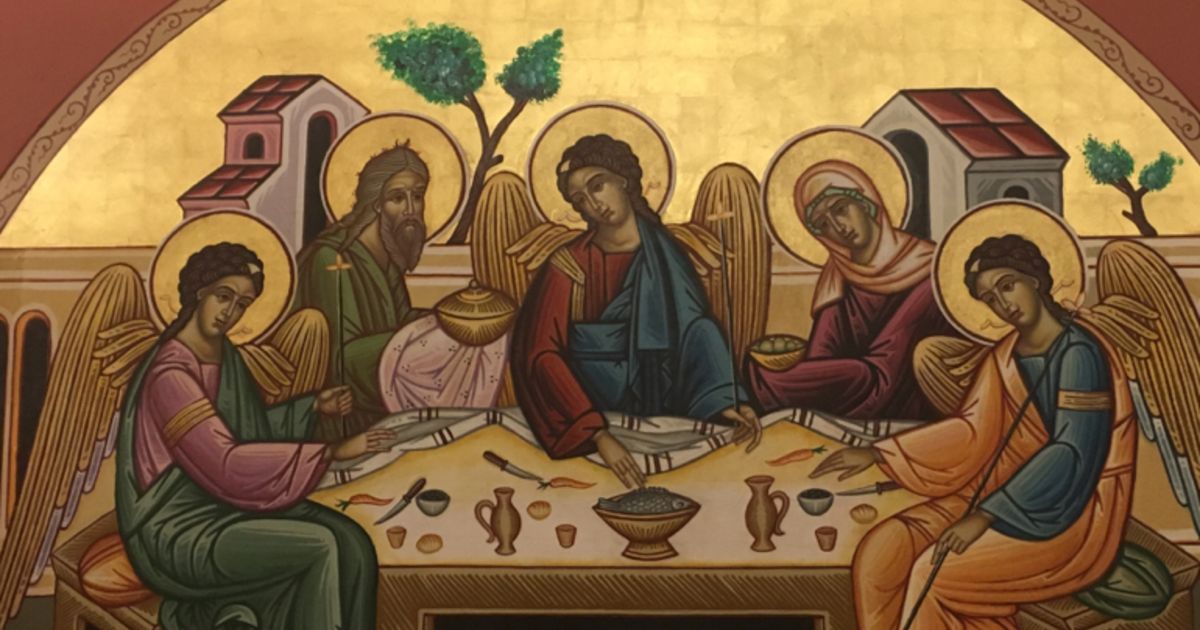 The Words We Choose

A few years after graduating from seminary, a young priest was serving as an assistant priest in a parish in Long Island. Picking up the phone one day, he heard the voice of his Dogmatics professor from seminary. The professor politely asked, “How do you like your parish?” The young priest responded that he loved it and felt lucky to be there.

The response from his professor would ring in his ears forever. “Luck is not an Orthodox concept,” the professor told him. “We say we are blessed.”  From that day forward, the young priest replaced the word “lucky” with the word “blessed.”

It seems like such a simple thing and maybe not that important – until you think about it. Changing this one word in the way we describe our feelings about good things in our life does something very important. It gives credit where it is due. All good things in life come from God and they are a blessing. There’s no luck involved.

We need to listen to new ways of expressing ourselves and to choose our words carefully -- even if we have been saying things in a certain way all of our life.

Archdeacon John Chryssavgis has written that “The Church is by definition a place and a process of communion, ever open to and inviting all people without discrimination. A place of hospitality and welcome…. an earthly reflection of the unity of God as Trinity.   …a community of people with different, yet complementary gifts. …a vision of wholeness and healing, of caring, and sharing.” He goes on to say, “The Gospel of Christ challenges us: ‘Just as the body is one and has many members . . .  so it is with Christ’ (1 Cor. 12.12).”

Fr John then asks the question: We all accept and proclaim that this is what the Church is and stands for. Why is it then that, all too often, certain people among us and around us – usually those whom we consider as being unfamiliar or strangers, somehow being different – are marginalized and even excluded? Wherever this happens, even by passive omission, the Church is not what it is called to be. The Church is denied its reality.

Saint Paul writes to the Romans “For as in one body we have many members, and not all members have the same function, so we, though we are many, are one body in Christ, and individually we are members one of another . . . We have gifts that differ according to the grace given to each of us” (Rom. 12.4-6).  Every one of us brings a special and unique set of characteristics, talents and gifts to the Church.

In his booklet, The Body of Christ (orthodoxmarketplace.com) about making the Church accessible to those of us with disabilities, Fr. John moves us from whatever phrase we have used in the past, such as “crippled,” “handicapped” or “disabled” to the phrase that recognizes individuals as people first – “People with disabilities.”

Words are important. Using the most appropriate words and phrases can more correctly express our beliefs and our respect for others. In the middle of the previous century, the word often used was “crippled,” which hopefully makes us cringe today. In the same way we have set aside the word “handicapped” because it diminishes the personhood of the one to whom it refers. Handicapped originally implied a hat-in-hand into which people placed money for the less fortunate.

Instead of the words, “handicapped,” “cripple,” “victim,” “retarded,” “stricken,” “poor,” “unfortunate,” “autistic” or “special needs,” we use the phrase “person with disabilities.” This is called “person-first” language. It describes what a person has rather than what a person is.  It reminds us that, first of all, we are describing a person – a person created by God with a unique set of gifts and abilities.

Many in our country recently observed the date of June 19th. This date is celebrated by many as the day of emancipation for the people that had been enslaved since before the founding of the United States. We have all learned, since elementary school, that President Lincoln “freed the slaves.” That was the phrase that was used. We may have never thought much more about it. But in recent news and commentaries, we heard the term “slave” replaced with “enslaved people.” We may not have noticed it at first or at least didn’t think about the importance for us as Christians to again adjust our vocabulary.

But words matter. The term “slaves” might make it easier to accept the way people were treated for a long time in this country. We seem to look the other way when we learn that George Washington, the “Father of our Country” and other founding fathers had slaves. But at the time of his death, George Washington had 317 slaves. These were 317 real people – men, women and children – living in America, who were bought and sold like a commodity.

So, once again, we might need to change our vocabulary, to recognize the personhood of those about whom we are speaking. “Enslaved people” makes us think  and hopefully brings us to realize that God did not create people to be slaves. These people were “enslaved” by other people. The men and women it describes are human beings – persons created by God; human beings with the same inherent dignity, rights and feelings as anyone else.

In conclusion, we are called to see Jesus Christ in all people. He told us, “…as you did it to the least of these my brethren, you did it to me.”

These seemingly small changes in the way we see and describe our world can help to form in us virtues such as patience, kindness, honesty, empathy, and forgiveness. These, in turn, help us to grow in love for the other, and to avoid the pitfalls of fear, anger and hatred. Instead of seeing only the appearance of the people God places in our path each day, we can look into their eyes and see the person created by God.