The US Secretary of Commerce at the Ecumenical Patriarchate 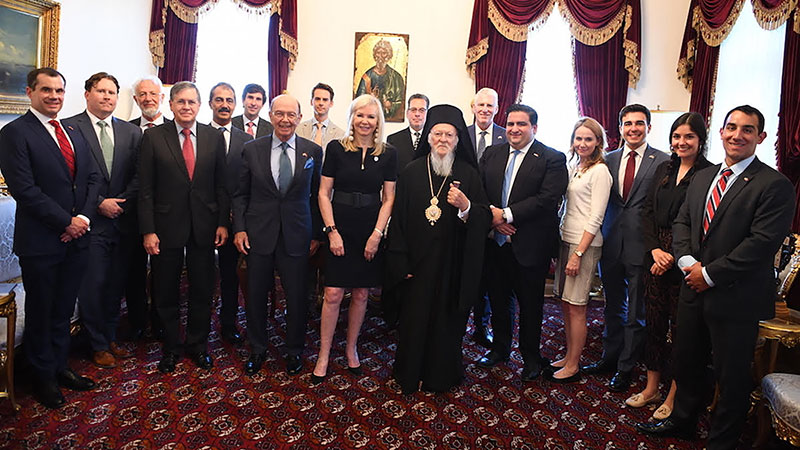 The Secretary of Commerce of the USA, Wilbur Ross, visited the see of the Ecumenical Patriarchate in the Phanar today, Sunday, September 8, 2019, and was welcomed with the honors set forth in the Patriarchal Protocol. 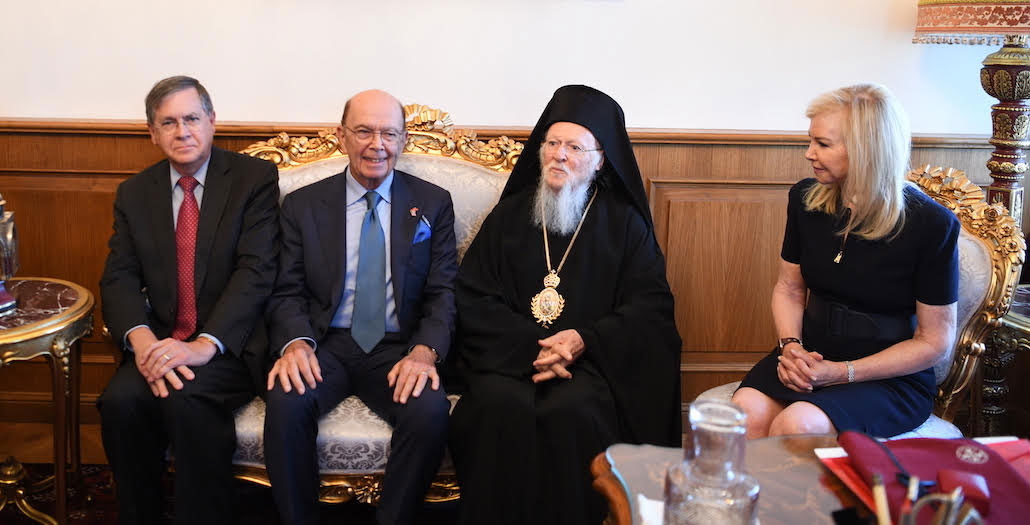 Secretary Ross was accompanied by his wife and the new US Ambassador to Ankara, David Satterfield, as well as by politicians and officials of the Commerce Department and the US government. 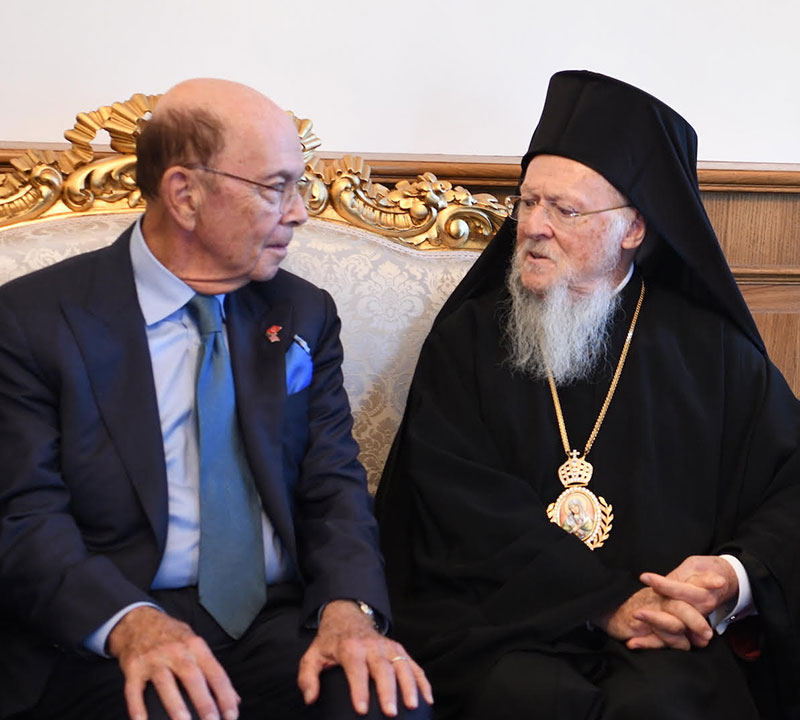 The American dignitary was received by Ecumenical Patriarch Bartholomew, with whom he had a long discussion on the issues of the life and initiatives of the Mother Church of Constantinople, the Diaspora, and more generally, the Orthodox faithful in Turkey, as well as the question of the use of the former Orphanage of the Princes’ Islands. They also discussed Orthodoxy in the US on the occasion of the recent election of the new Archbishop of America, as well as the initiatives of the Mother Church in inter-Christian and interfaith dialogue, and its efforts to raise public awareness of the need to protect the natural environment.

The meeting was attended by the Deacon Nephon, and by Professor K. Delikostantis and Mr. Lakis Vingas, both Archons of the Ecumenical Patriarchate. 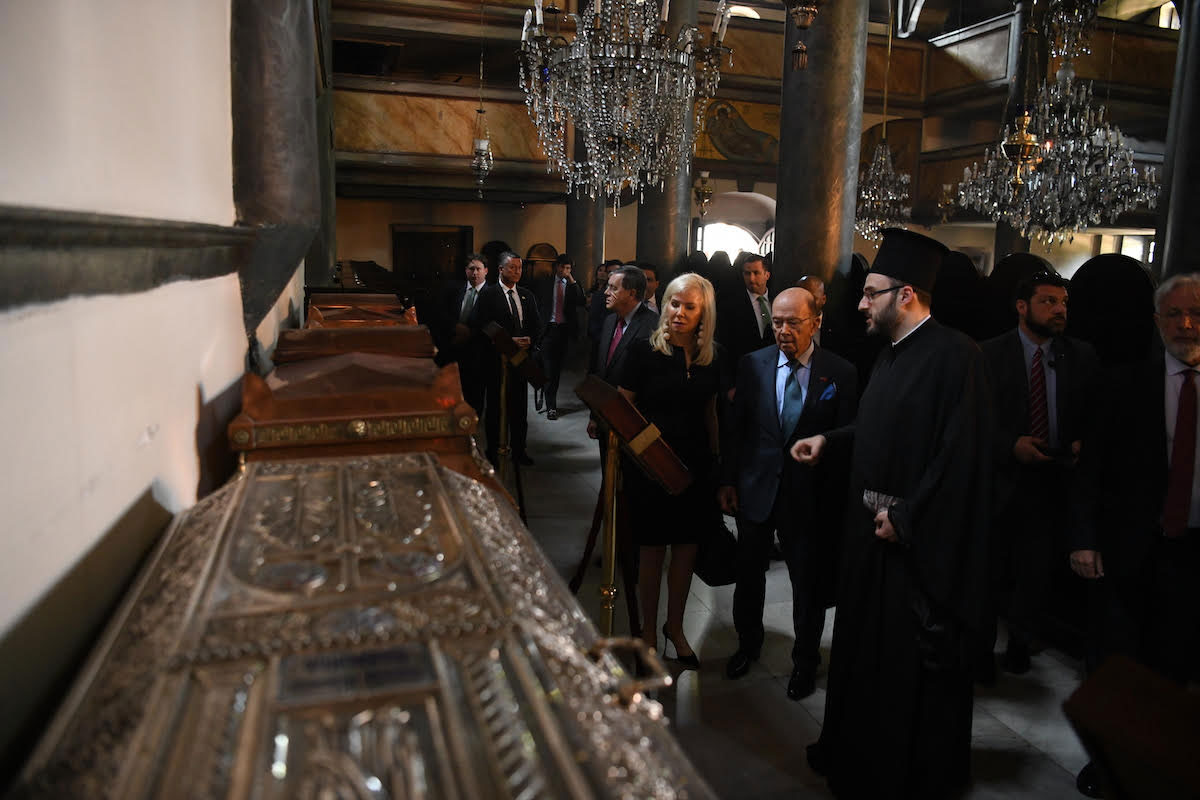 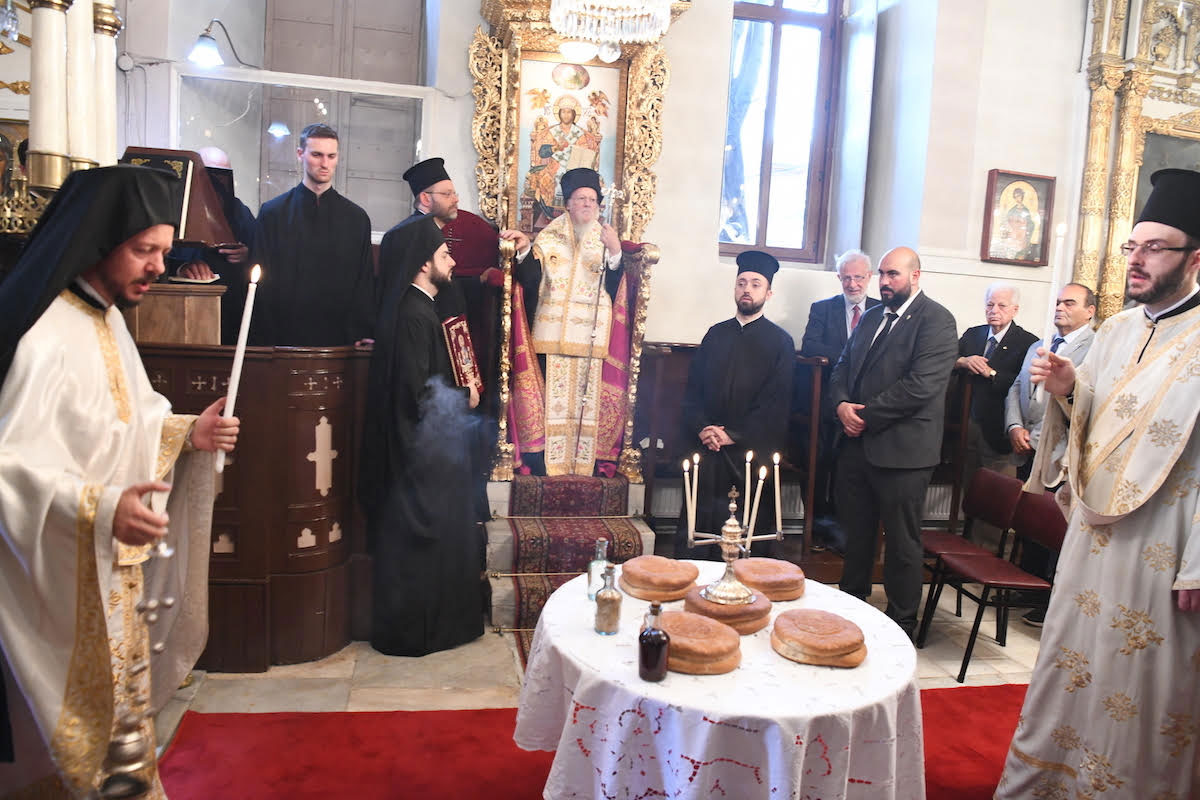 The celebration of the Nativity of the Theotokos

Following the dismissal, His All-Holiness was welcomed by Metropolitan Irenaios of Myriophyton and Peristasis, Epitropos of the District of the Bosphorus, and Mrs. Despina Filippou, former Director of the Zappeion School, on behalf of the Parish Council. In his homily, the Ecumenical Patriarch referred to the importance of the Feast and the relationship of Christians, and especially the faithful of the City, with the All-Holy Theotokos. He congratulated the Metropolitan Irenaios, the parish priest of the Church, Archimandrite Kaisarios Chronis, and the members of the Parish Council for their efforts.