Print Holy Relics and the Consecration of a Church 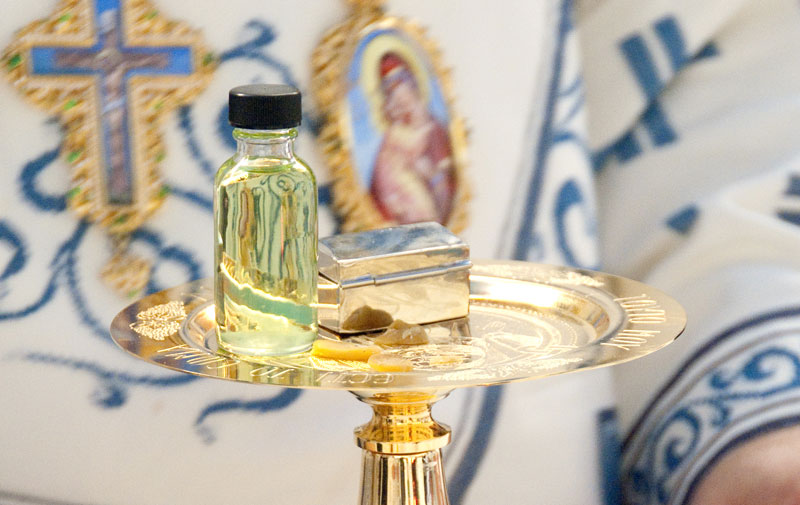 The veneration of Holy Relics by the faithful originated from the Martyrs’ imitation of Christ’s death, suffering, and sacrifice; their passage to heaven, call for a better and more spiritual life, change from corruptibility to incorruptibility and spiritual marriage to Christ, the Master. The Martyrs became a channel for the power of God and an intercessor between God and man and their Holy Relics serve as the visible and concrete manifestation of this.

Blow the trumpet in Zion, declare a holy fast, call a sacred assembly. Gather the people, consecrate the assembly; bring together the elders, gather the children. Joel 2:15-16

The words of the Prophet Joel indicate that human beings and the site where they gather to worship God must be consecrated. Consecration brings salvation, which is union with Christ, and bears complex and rich definition. Consecration means to be sanctified, anointed, ordained, set apart, and made fit and Holy for God’s sacred use. It means to be devoted and dedicated to Him, to be perfected and renewed.

The ritual of Consecrating a Church dates back to the 4th Century A.D. when the persecution against Christianity ended by the decree of Emperor Constantine the Great, legally recognizing the Christian Church. During his reign, Constantine consecrated the Church of the Holy Sepulcher of Our Lord and Savior and the Church of the Resurrection, both in Jerusalem. The Church officially canonized the universal tradition of Consecrating Churches with the Holy Relics of Martyrs at the Seventh Ecumenical Council held in Nicaea in 787 A.D. At that time, the Consecration of a Church without relics was officially considered heretical (against the belief or doctrine of the Church).