THE HOLY EPARCHIAL SYNOD OF THE GREEK ORTHODOX ARCHDIOCESE OF AMERICA 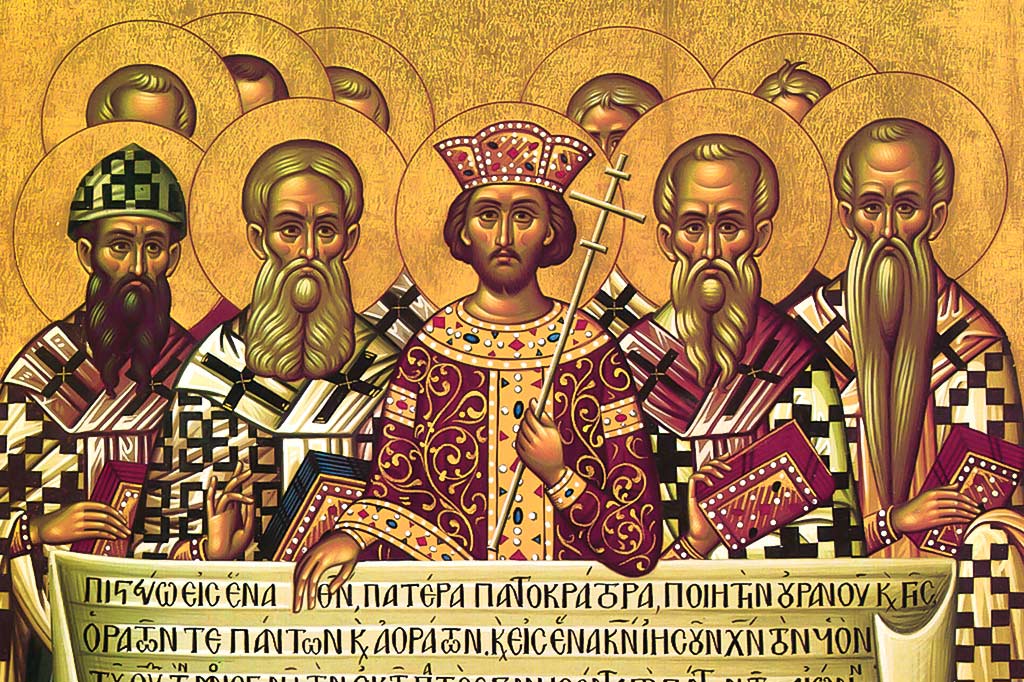 THE HOLY EPARCHIAL SYNOD
OF THE GREEK ORTHODOX ARCHDIOCESE OF AMERICA

To the Reverend Priests and Deacons, the Monks and Nuns, the Presidents and Members of the Parish Councils of the Greek Orthodox Communities, the Distinguished Archons of the Ecumenical Patriarchate, the Day, Afternoon, and Church Schools, the Philoptochos Sisterhoods, the Youth, the Hellenic Organizations, and the entire Greek Orthodox Family in America

We, the Members of the Holy Eparchial Synod of Greek Orthodox Archdiocese of America, under the presidency of His Eminence Archbishop Elpidophoros of America, write to you in the power of the Holy Spirt in these anguished days when the Great Church of Christ, the Patriarchal Cathedral of Holy Wisdom, Ἁγία Σοφία, institutionalized for the past ninety years as a museum and world cultural monument, has been re-converted into a mosque. This egregious and unnecessary action has gravely wounded all Orthodox Christians, indeed all Christians around the world and all people of faith and good will.

As your Shepherds and the guardians of the Faith, we mourn with you. But we all know the truth: Ἁγία Σοφία was built as a Christian Church, the greatest Christian Church for a thousand years, until it became the spoils of war and was converted into a mosque. It was the glory of the civilized Christian world for centuries, an architectural marvel of the transfiguration of terrestrial into the manifestation of the celestial. From its central dome, borne aloft on clouds of light, the Great Church comprised a vision of Heaven on earth, and its Liturgy was the most magnificent the world has ever seen. As the embassy of Saint Vladimir, Prince of Kyiv and All Rus uttered after being present for the Divine Service: “We did not know whether we were on earth or in heaven!” Such is the spiritual intensity of every aspect of the Great Church. Her iconography is a crowning spiritual aesthetic, achieving the vision, the θεωρία of God among humankind. Through the centuries, all who approached Constantinople by sea or land beheld her towering majesty rising above the massive walls that encircled the Queen of Cities. She was a reminder of the triumph of Resurrection over sin and death, and the surety of God’s love and care for His People. She was and indeed still is the very heart of Orthodoxy, for she manifests even now the way to be true co-creators with the Creator of all of a truly Christian culture, civilization, and polity.

Even during the centuries of the Ottoman period, the power of Ἁγία Σοφία, although now used as an Islamic shrine, was unmistakable, and unmistakably Christian. Throughout the Orthodox world the Great Church remained a symbol of the Orthodox Faith of the Ecumenical Councils which bound the far flung Orthodox Peoples together. Even the stunning design of the Church was repeated across the Islamic world in every city and town, as the overwhelming beauty of its presence inspired builders throughout what we now call the Middles East.

But let us make it very clear. For the Orthodox Christian, there is only one Great Church of Christ. There would be many other “Hagia Sophias” built around the world; most notably in Kyiv for the People of Rus, but none dared to imitate the original. She was to stand alone, at the center of the circle of the Orthodox World for all to relate to as do the spokes on a wheel. We are all connected to the Great Church, whether we know and acknowledge this or not.

Therefore, in response to what has happened, we also ask the question posed to the Apostles on the Day of Pentecost: “Τί ποιήσομεν, ἄνδρες ἀδελφοί –Brethren, what then must we do?” (Acts 2:37). First and foremost, we must bend our knees before the Holy Wisdom of God, our Lord Jesus Christ, and beseech Him through the intercessions of His Holy Mother to protect the Great Church of Christ that lives on in the person of our Ecumenical Patriarch and the Holy Ecumenical Patriarchate of Constantinople. We must pray that God will arise and scatter every ill intention that may manifest toward our community of faith and indeed all the religious minorities in Turkey.

And we must arise, beloved Christians. We must arise and speak out for the silent stones of Ἁγία Σοφία. We must go to our Christian neighbors and friends here in this free land of America, and ask for their prayers and their help. We must arise and speak to our elected leaders and demand that they act in conscience and righteousness to protest by every means possible this defiance of the modern sensibility which respects not only diversity, but the status quo that allows for the peaceful and harmonious cohabitation of nations, religions, races, and ethnicities.

We must arise and as the People of God, make our voices heard from Washington State to Washington, DC, and not lose heart, lose faith, or lose courage because, though our struggle may be long, it is not without our ultimate hope. Remember that there is no one alive today who remembers Ἁγία Σοφία as either a Church or a mosque. Everyone knows it as the former of both which was honored as an international monument, on par with the Parthenon and the Pyramids of Egypt. It should be allowed to retain its status quo as a place of encounter for Christians and Muslims, and for all people who desire to behold how faith in God can transform the world.

Therefore, let us arise – as Orthodox Christians, as people of conscience with a righteous cause. Let us make our presence and our voices known. Your every breath expended will add to “a sound from Heaven as of a rushing mighty wind” (Acts 2:2) that will sweep across the world carrying our message. Not one of hate but one of love, of decency, of understanding, and of mutual respect.

With paternal love in our Lord Jesus Christ,

and the Holy Eparchial Synod