Homily for the Sunday of the Myrrh-Bearing Women

Print Homily for the Sunday of the Myrrh-Bearing Women 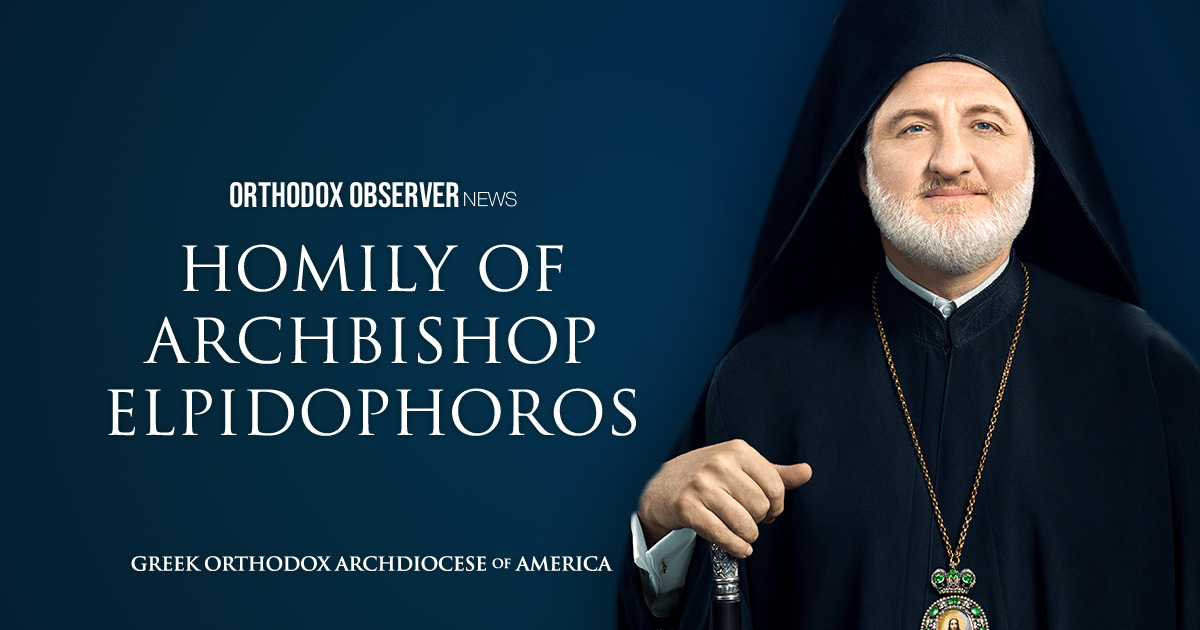 Homily for the Sunday of the Myrrh-Bearing Women

Brothers and Sisters in the Risen Christ,

Christ is Risen!  [and in response: Truly He is Risen!]

Today, we celebrate the Holy Myrrh-Bearing women, who are always led by that symbol of courage and dedication, Saint Mary Magdalene. But there were others as well, such as: Mary, the mother of Joses and Iakovos; Mary, the wife of Cleopas; Joanna, the wife of Chuza; Salome, the mother of the Apostles Iakovos and John the Evangelist; Susanna; and, of course, Nikodemos and Joseph of Arimathea. These were the devoted followers of the Lord, who braved public scorn and real physical danger in order to prepare His Divine Body for burial.

For the final humiliation of Crucifixion came after death, as the body of the crucified would continue to hang naked upon the cross for days after death. This barbaric practice was used by the Romans to create fear in the populace and was meant to be a last insult. Indeed, it is remarkable that Pilate allowed the Lord to be taken down from the Cross on the same day that He died. As you all know, we commemorate this at the Apokathelosis on Holy Friday.

It took an act of great courage for Joseph of Arimathea – a prominent member of the Sanhedrin – to ask for the body of the Lord from Pilate. Saint Epiphanius of Cyprus, in his Homily for Holy Saturday, places these words in the mouth of the Noble Joseph as he asks:

“O judge, I have come to ask a small favor of you: Give me to bury the dead body of the One condemned by you: Jesus of Nazareth, Jesus the pauper, Jesus the wanderer, Jesus hanging naked, Jesus the commoner, son of a carpenter, Jesus the prisoner, Jesus bereft of shelter, the Stranger, unknown among strangers, Who lies hanging, scorned by all and hated … I entreat you for a dead man, condemned by those He freed from bondage, given vinegar to drink by those He nursed like babes, wounded by those He healed, abandoned by His disciples, deprived of His own Mother. I implore you, O Pilate, for a dead man hanging on a tree…”

These words, imagined by the Bishop of Cyprus for the voice of another, evoke tremendous emotion, for they speak to the contradictory meaning of the Burial of the Lord. How can God die? How can God be enclosed in a tomb? How can anyone understand what has just happened?

My beloved brothers and sisters in the Risen Christ:

On this Third Sunday from Pascha, when we commemorate these noble souls, who took upon themselves the dangerous and sorrow-filled duty of burying the body of the Lord, I want us to remember one thing:

They acted out of their love and devotion to Christ, before they saw the Resurrection. Their desire was to give to the Body of their Master and Teacher, the proper funeral rites due to a righteous man.

Their courage and compassion brought them to the foot of the Cross, where the Lord’s lifeless body hung in disgrace. With their trembling and tender hands, they took Him down, wrapped him in a winding sheet with spices, and laid Him in the new tomb given by Joseph of Arimathea.

You see how they hurried, to deposit the Body of the Lord in the grave before the sun went down, because they were still observing the Old Covenant Sabbath Law. They did not yet realize that when Jesus died on the Cross, He, the Sun of Righteousness, set beneath the earth in the total eclipse of His voluntary death. [*]

Therefore, while the Disciples were huddled behind locked doors “for fear of the Judeans,”[†] these Myrrh-bearing Women, together with Joseph and Nikodemos, were defying every obstacle, and overcoming every fear, to grant their Master the dignity of burial.

Even if they did not understand what saving grace was being accomplished in the deathly palaces of Hadës, they manifested their love when there was no hope, and their faith when all others doubted.

Thus, it is proper and right that after Pascha, we look back and remember their love.

Let us emulate their faith, then, because it was through their act of compassion and mercy – cut short by the Sabbath Law – that they returned to the tomb, λίαν πρωῒ, as the Gospel says. [‡]

Because of their devotion and love, the Myrrh-bearers became the “Apostles to the Apostles,” for they were the first to announce the Resurrection of Christ.

And so, may we, too, find such love and faith in the dark days of our lives, that we may join them in their resounding cry: