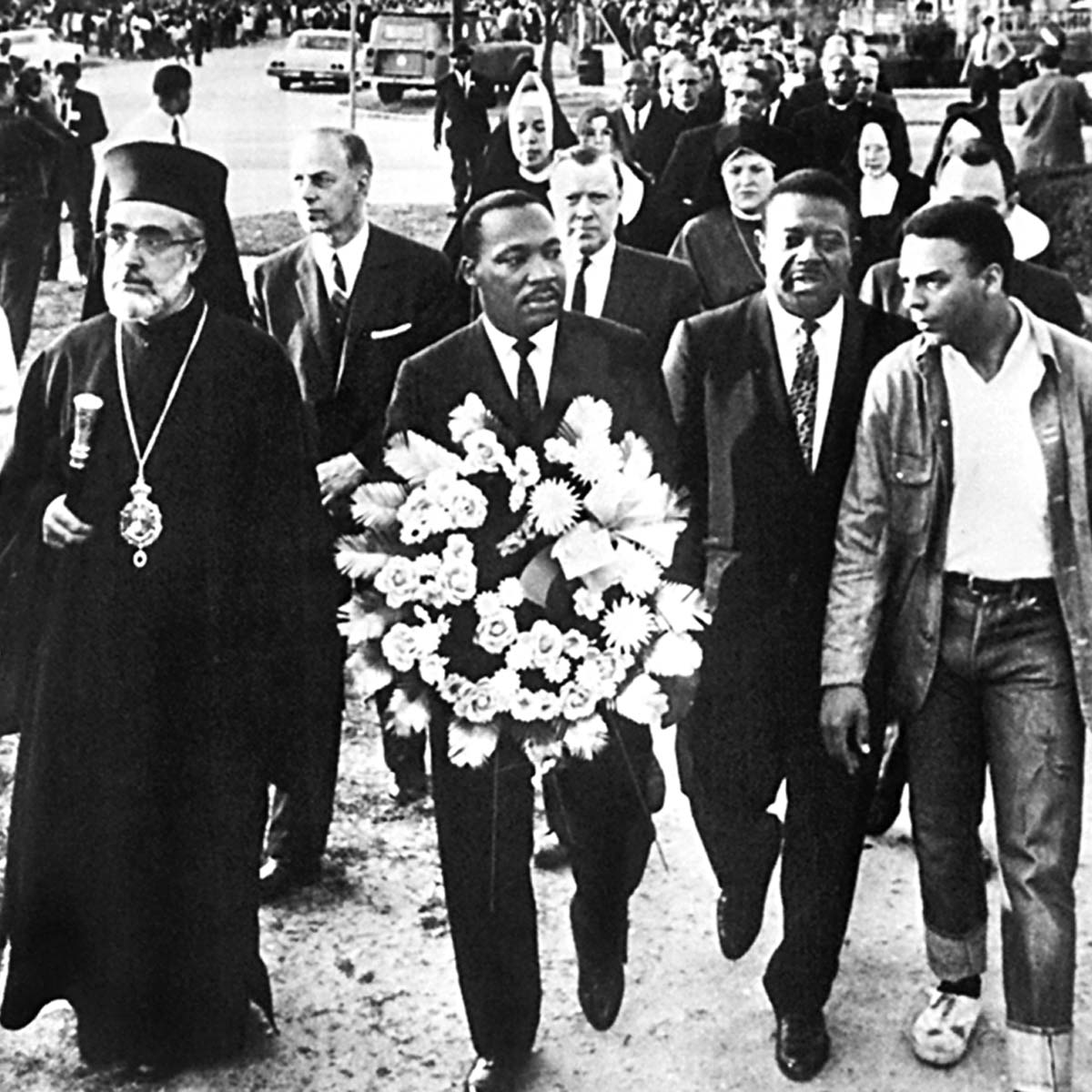 In this historic photograph Archbishop Iakovos with Martin Luther King, Jr. in Selma, Ala.

NEW YORK – The Greek Orthodox Archdiocese of America announces with appreciation and joy the creation of a special Reflection Area, named after our late Archbishop Iakovos, in the newly built National African-American History and Culture Museum in Washington, DC. This is made possible by the significant contribution of the Stavros Niarchos Foundation for two million dollars and the personal contribution of Andreas Dracopoulos the SNF’s Co-President, for one million. These grants were made in honor of Archbishop Iakovos’ leadership and legacy in the area of civil and human rights.

The Museum, currently under construction, is expected to open in 2016, and it aspires to become a landmark that will house the African-American history.

In the middle of last month the museum featured a high-tech projection of images on its outside walls with the title “Commemorate and Celebrate Freedom,” featuring the period from the ratification of the 13th Amendment, which ended slavery in 1865, to the passage of the Voting Rights Act of 1965. The images featured Archbishop Iakovos with Martin Luther King Jr. and The Washington Post published a first-page photograph of that moment in the projection, on Nov. 16, 2015.

The Greek Orthodox Church in America and His Eminence Archbishop Demetrios continue the longstanding legacy of Archbishop Iakovos to fight against racism and to defend human rights. The Greek Orthodox Church has always been an advocate for equality and continues to fight against racism, prejudice, and discrimination, while advancing reconciliation, love and justice  for all.