Archbishop Elpidophoros Statement on Visit to Embassy of Ukraine 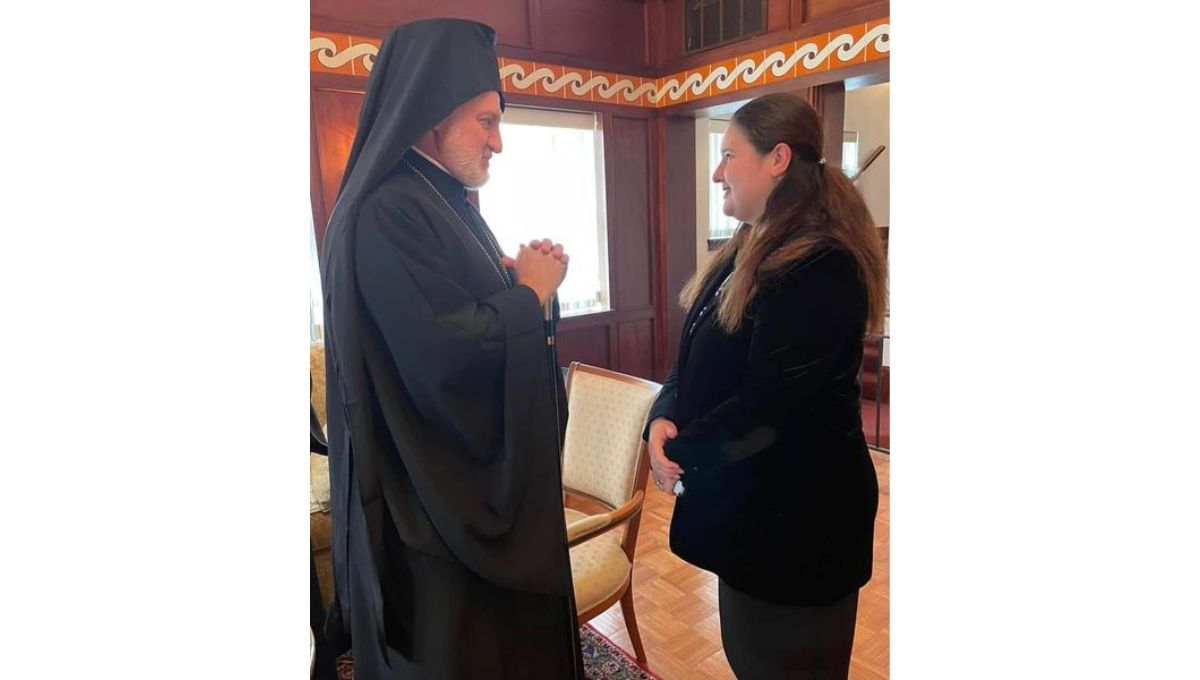 His Eminence Archbishop Elpidophoros Statement on Visit to Embassy of Ukraine

WASHINGTON, DC— His Eminence Archbishop Elpidophoros visited the Embassy of Ukraine today, January 21, 2022, where he met with Oksana Markarova, Ambassador Extraordinary and Plenipotentiary of Ukraine to the United States.
"I visited the Embassy of Ukraine to express to Ambassador Oksana Markarova our support, as Christians, as Greeks, and as Americans, for the people of Ukraine, who are suffering from a Russian imperialism that is manifesting itself at every level: military, economy, energy resources, and the Church as well.
"It is an injustice to the history and tradition of Orthodoxy, that instead of supporting the sisters and brothers of Ukraine, the Moscow Patriarchate obediently follows the Kremlin’s commands and toes its line, dividing Orthodoxy world over and scandalizing the People of God from Ukraine to Africa, and even as far away as Korea.
"We welcome the US government's stance and the recent statement by a State Department spokesman condemning the Kremlin's 'malign efforts to instrumentalize Orthodox identity.'"
Read more here: https://www.facebook.com/100050561916428/posts/476325084062885/?d=n