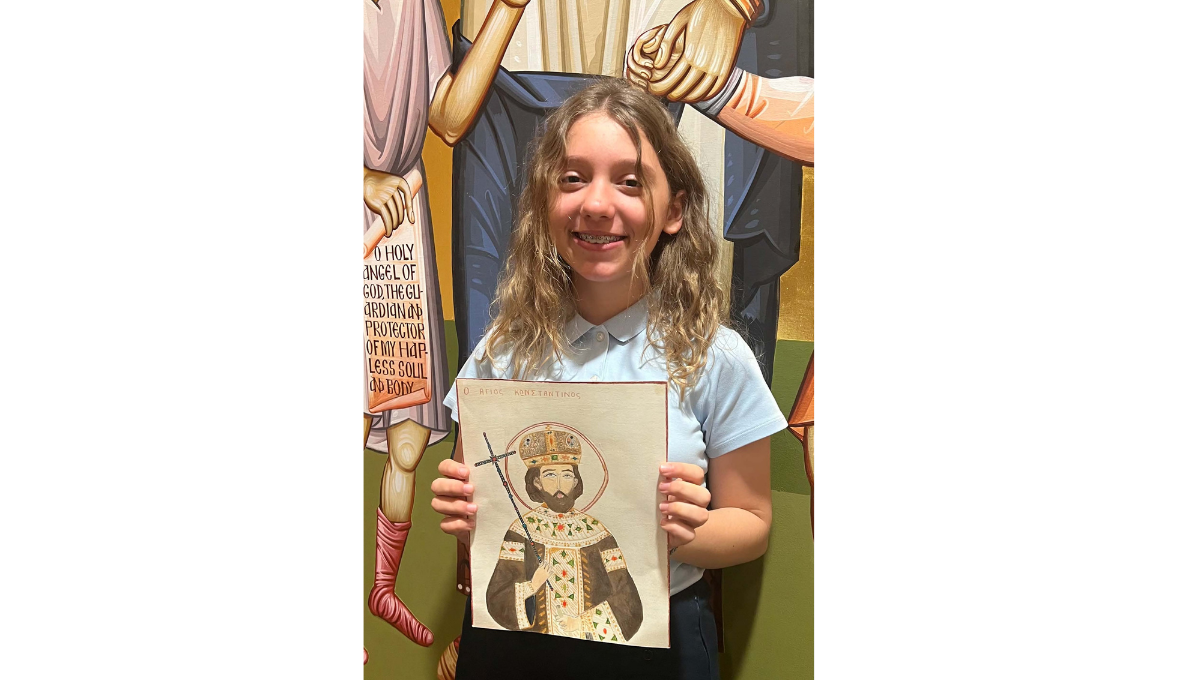 In conjunction with the annual commemoration of the Fall of Constantinople, the Saint Photios Greek Orthodox National Shrine held its Second Annual Drawing Competition, which was open to children ages 9-12 of the Greek Orthodox Archdiocese of America.

Twenty-one participants submitted drawings of the last Byzantine Emperor, successor not only to the great saint whose name he bore, but also to the final dynasty of emperors who, even as their Empire was slowly declining, oversaw a resurgence in ecclesiastical art and theology.

One of the judges, Breanne Rupp, commented, “Wow- I have to say, I am super impressed by this work! It was very hard to judge just the top 5, and really neat to see that these drawings came from all over the country. Bravo!”

A Certificate of Participation signed by His Eminence Archbishop Elpidophoros of America and Bishop Demetrios of Mokissos, Hierarchal Proistamenos of St. Photios Greek Orthodox National Shrine, will be sent to all 21 participants.  Special thanks our judges: Laura Mongiovi, Professor of Art and Design – Department of Visual and Performing Arts at Flagler College, St. Augustine, Florida; Nancy Hamlin-Vogler, a contemporary, mixed media artist and owner – Eastern Sun Printworks; and, Breanne Rupp, a ceramicist, printmaker and art studio owner.