Saint Nicholas at Ground Zero - A Shrine for the Nation

Print Saint Nicholas at Ground Zero - A Shrine for the Nation 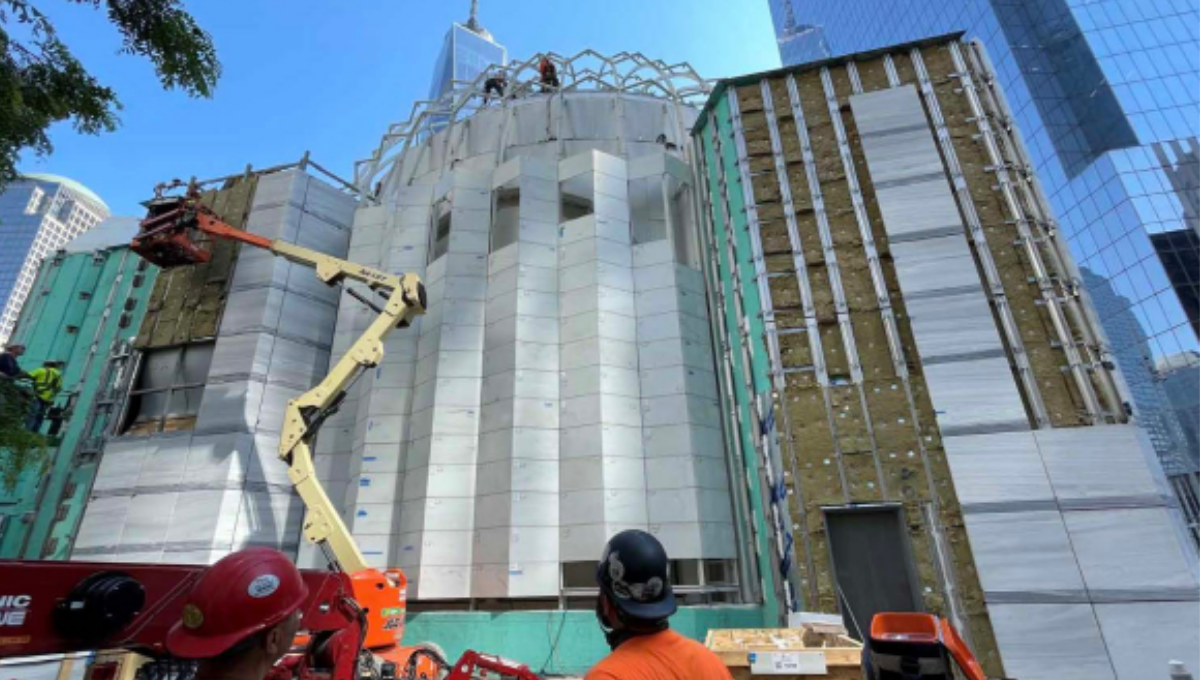 A Shrine for the Nation

When we speak of our rebuilt Saint Nicholas Greek Orthodox Church at Ground Zero as a National Shrine, we mean more than an institution only of, and only for, our national Archdiocese of America. Like the Saint Photios National Shrine in St. Augustine, Florida, it is noteworthy that the Saint Nicholas Shrine will, in part, commemorate Greek immigration to the United States. Saint Photios remembers the first Greeks who arrived in the New World, and Saint Nicholas will commemorate the mass immigrations of Greeks who came by the Statue of Liberty, through Ellis Island, and finally to Lower Manhattan where the first stop was the little Church at 155 Cedar Street to light a candle in thanksgiving, the little Church that perished on 9/11. This aspect of the Greek immigrant story will be a vital part of the presence and ministry of Saint Nicholas, and we see this as an ongoing, living history project.

But when we call Saint Nicholas a “National Shrine,” we also mean that Saint Nicholas is a Shrine for the Nation, the whole of the American People. The architecture, shape, adornments and dedicated space atop Liberty Park at 130 Liberty Street come together to form more than a Greek Orthodox Parish Church – the Ναός, as we say in Greek. The Shrine has a meaning and a purpose that embraces – through the tragedy and rebirth following September Eleventh – the totality of the American People.

9/11 was not just an event that affected only New York City, the Pentagon, and Shanksville, PA. The entire American consciousness was assaulted and violated on that tragic, fateful day. Confusion, fear, prejudice, insecurity, anger, frustration, and a whole host of emotions poured out of hearts and minds from coast to coast and around the world, as a result of that terrible attack. It is amazing how people, thousands of miles away from the tragedy, discovered just how close they were to people – just a few degrees of separation – from those who perished that day, and from survivors and the bereaved. The thousands lost on 9/11 – who were directly murdered in an inhuman act of hatred, have been multiplied through the years. By the rescue workers who perished later from diseases they contracted in the weeks and months that followed. And by the lives that were shattered and have spent these last two decades rebuilding their emotional and indeed, their spiritual well being.

Therefore, the Saint Nicholas Greek Orthodox Church and National Shrine belongs to a much wider population than our Archdiocese, and the Orthodox Christians in the United States. It belongs to more than the seekers who will come to the Shrine and learn of our Faith. It belongs to all whose lives were changed on September 11, 2001. To those whose hearts and souls were wounded by the hatred, and the fear and anxiety it engendered and persists to this day. Saint Nicholas will be a place of healing, a destination, much like the Pool of Bethesda where the Lord healed the Paralytic, and which we celebrate on the Fourth Sunday of Pascha (John 5:1-15). As another “House of Mercy,” our National Shrine will speak the Good News of God’s love and compassion for all people to all people. It is our privilege and duty to make of this a true Shrine for the Nation, and with God’s help, and the intercessions of Saint Nicholas the wonderworker of Myra, we shall.

With Paternal Blessings in the Lord Jesus Christ,