Print Homily for the Feast of Saints Peter and Paul 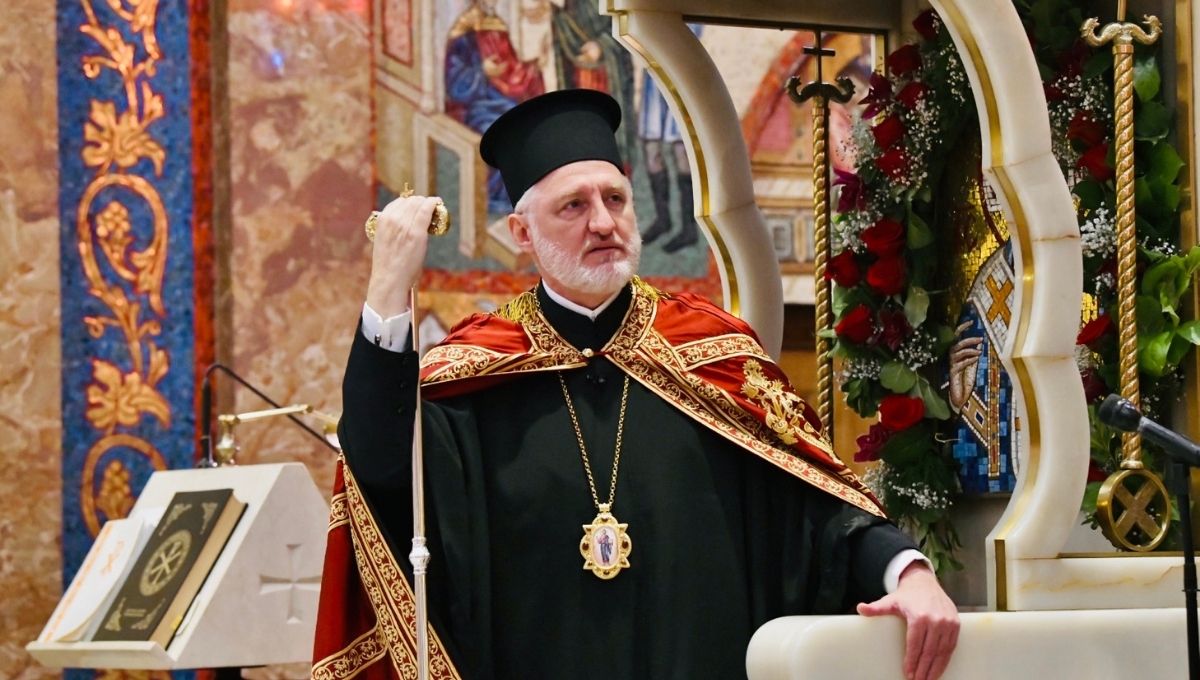 Homily for the Feast of Saints Peter and Paul

Dear Sisters and Brothers in Christ,

I am delighted to join in prayer with you here today, as you celebrate the Feast of your magnificent Cathedral of Saint Paul on Long Island. As you know, the Cathedral of Saint Paul was the first of the many, many Greek Orthodox Churches that now crisscross the map of Long Island. Therefore, it is only fitting that it retains its special place of pride as our Cathedral parish for the area.

On the Feast of the Holy Apostles Peter and Paul, we celebrate their foundational role in the life of the Church. Saint Peter was more of the Apostle to the Jewish People, especially those beyond Palestine. But Paul was the Apostle to the Nations – not only because God called him to be, but because he always held a more expansive view of what the Gospel meant. He realized that the Message of Jesus Christ – of God’s redemptive love – was for every human being. He realized this because he knew it was true for himself. For he was not always called Paul. First he was Saul, a zealous – even fanatical – persecutor of Christians, which he did on behalf of the Temple Authorities in Jerusalem.

Saul even sanctioned the stoning of the First Martyr of the Church, Saint Stephen the Deacon, a young and self-righteous man.[1] While he, himself, did not actually throw a stone, he nevertheless guarded the cloaks of those who dragged Saint Stephen out of the City and hurled rocks at him until he sank to his knees, praying for his murderers to be forgiven. This act of watching the assailants’ garments meant that Saul took responsibility for the killing.

But the murder of Stephen did not change his heart – even as it did not change his name. It only fed his bloodlust against all Christians. For this reason, he went to the Temple Authorities to give him arrest warrants for all the synagogues of Damascus, so that he could purge the Jewish communities of Christian converts, and bring them back in chains to Jerusalem for trial and execution.[2]  Such was Saul, who was to become Paul. He described what happened to him many years later:

And last of all, like one born prematurely, Christ appeared to me. Indeed, I am the least of all the Apostles, not fit to be called an “Apostle,” because I persecuted the Church of God. But, by the grace of God, I am what I am….[3]

Indeed, my beloved Faithful, by the grace of God, he became the Apostle who wrote most of the New Testament; who brought the Gospel to Asia Minor and Greece; and who travelled as far as the Pillars of Hercules, before his martyrdom in Rome.

You see, on the road to Damascus, the Lord Jesus Christ appeared to Paul – in a voice that spoke to his mind and heart (for no others heard that Voice). And in the Uncreated Light that left him blind, Saul finally came to terms with his deeds, starting with the murder of Saint Stephen.

Saul had not acted out of faithfulness, but out of fear.

Not from hope, but from hatred.

Not from knowledge – though he was the most educated man of his day – but from ignorance.

He was left blind by his encounter with the Light of the World, because his soul and heart were full of darkness.

My brothers and sisters: I recommend that you read the rest of his story, which you may find in the Book of Acts. How the Lord sent Ananias to rescue and baptize him. How the scales fell from his eyes. How he preached Christ with boldness, and how hard it was for the Church to accept his repentance as genuine and sincere. It is a story as full of deep redemption as that of His fellow Leader of the Apostles, who denied the Lord, Saint Peter.

Together, even though they had their difficulties,[4] they present an icon of repentance and brotherly love. For in the icons that portray them both, they are often shown giving one another the agape kiss.

That is because God can take any human weakness and turn it into strength. Any fear can become the cause of courage. Any hatred can be transformed to love. And any sorrow can give place to joy – by God’s grace!

I pray that today and every day you take inspiration and encouragement from your heavenly Patron, whose Feast we celebrate this day.

Through the intercessions of the Chiefs-of-the-Apostles, Peter and Paul, may we all find the grace to become the people that God has called us to be. So that like him, this grace may not be in vain,[5] but abound to the fullness of love in this world, and in the world to come.