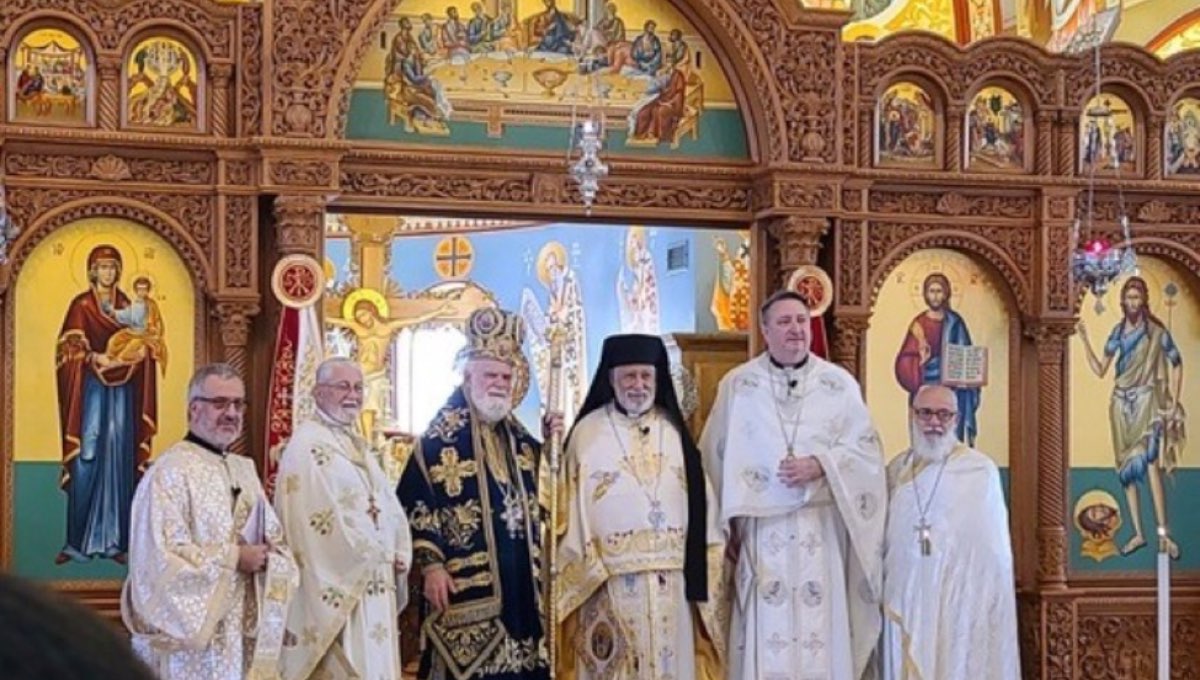 On October 25, 2020 at Holy Trinity Greek Orthodox Church in Maitland, FL, His Eminence Metropolitan Alexios of Atlanta bestowed the Ofikio of Archimandrite upon Rev. Protopresbyter Demetrios Simeonidis; the highest position of the priesthood before the Episcopacy.

This appointment has been well-deserved for Fr. Demetrios’ service to Christ and His Church.  For over 52 years, Fr. Demetrios (lovingly called Fr. D) has faithfully and piously served parishes and Orthodox Christians from around the world.

In his native country of Canada, Fr. Demetrios was raised in Hamilton, Ontario where he felt his calling to the priesthood at an early age and left his home in 1957 to attend Holy Cross Greek Orthodox School of Theology.  After graduating in 1964, Fr. Demetri served at the Assumption Cathedral in Denver CO, where he met and was married to Presbytera Olympia (Pappas) Simeonidis - who fell asleep in the Lord in December of 2018.  Fr. Demetri was ordained shortly thereafter in 1966 and he and Presbytera Olympia later had 3 children: Rev. Protopresbyter Constantine, Louis and Carrie.

Fr. Demetrios’ first parish assignment was at Holy Transfiguration Greek Orthodox Church in Sioux Falls, SD.  Over the next 52 years, his ministry has taken him to Ogden UT, Denver CO, Mobile AL, Lorraine OH and North Royalton OH, where he served for 27 years. Upon semi-retiring Fr. Demetri moved to serve a small parish in Lecanto, FL and later assigned as the Liturgical Assistant to his son Fr. Constantine at Holy Trinity in Maitland, FL.

Fr. Demetri has served and helped establish many ministries during his active service; from helping to found the Penelope House in Mobile, AL which hosts a program for spousal abuse, serving on missions to Kenya and ministering to our youth at Ionian Village in Greece for 3 years.  When asked about his ministry and some of the highlights of his experiences, he very humbly responded, “There are too many special moments to say.”

Axios! May God grant him many years full of mercy, life, peace, health, and salvation!