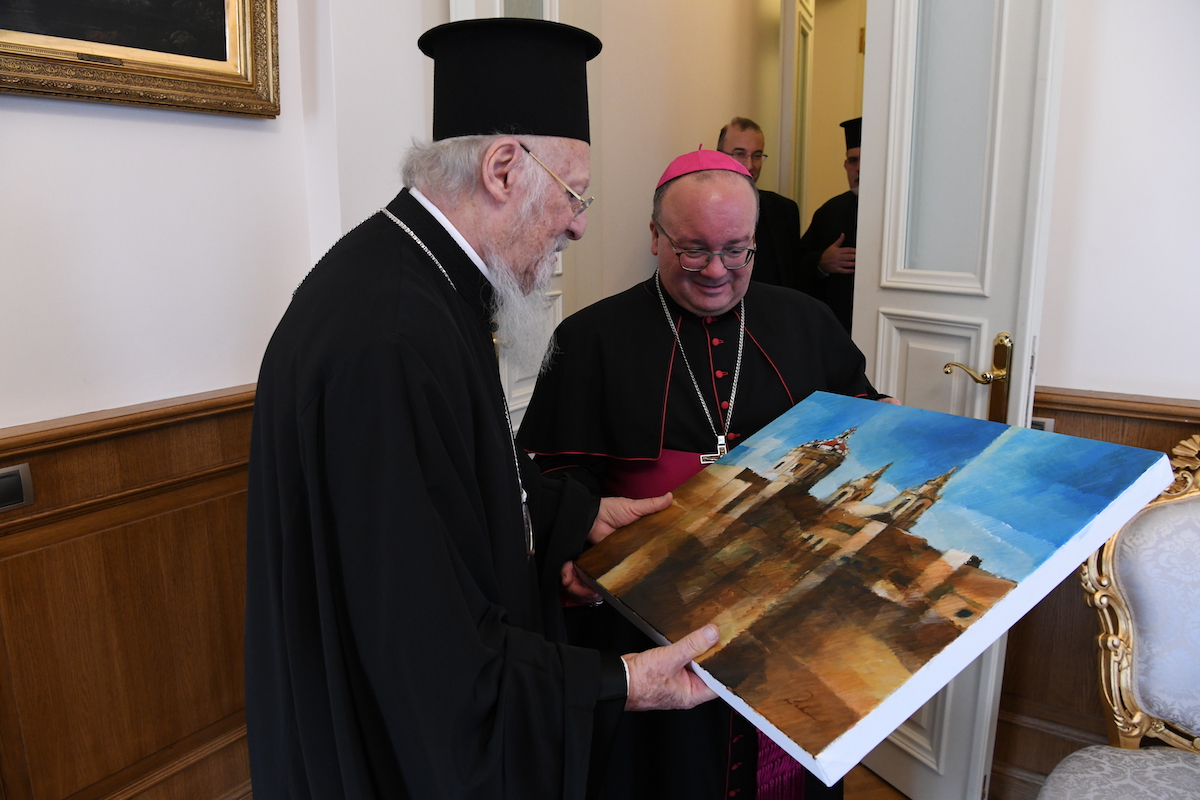 The Roman Catholic Archbishop of Malta, Charles Jude Scicluna, was cordially welcomed by His All-Holiness Ecumenical Patriarch Bartholomew on Tuesday, November 26, to the venerable See of the Holy Great Church of Christ. He was accompanied by Rev. Professor Hector Scerri, who is in charge of Ecumenism for the Archdiocese.

During their meeting, His All-Holiness and the Roman Catholic Hierarch had the opportunity to discuss issues related to the course of the inter-Christian dialogue, particularly between the Roman Catholic and Orthodox Churches, with an emphasis on coexistence and cooperation in the island state of Malta.

His Eminence Archbishop Scicluna officially invited His All-Holiness the Ecumenical Patriarch to visit his diocese, and the time of the visit will be determined later. 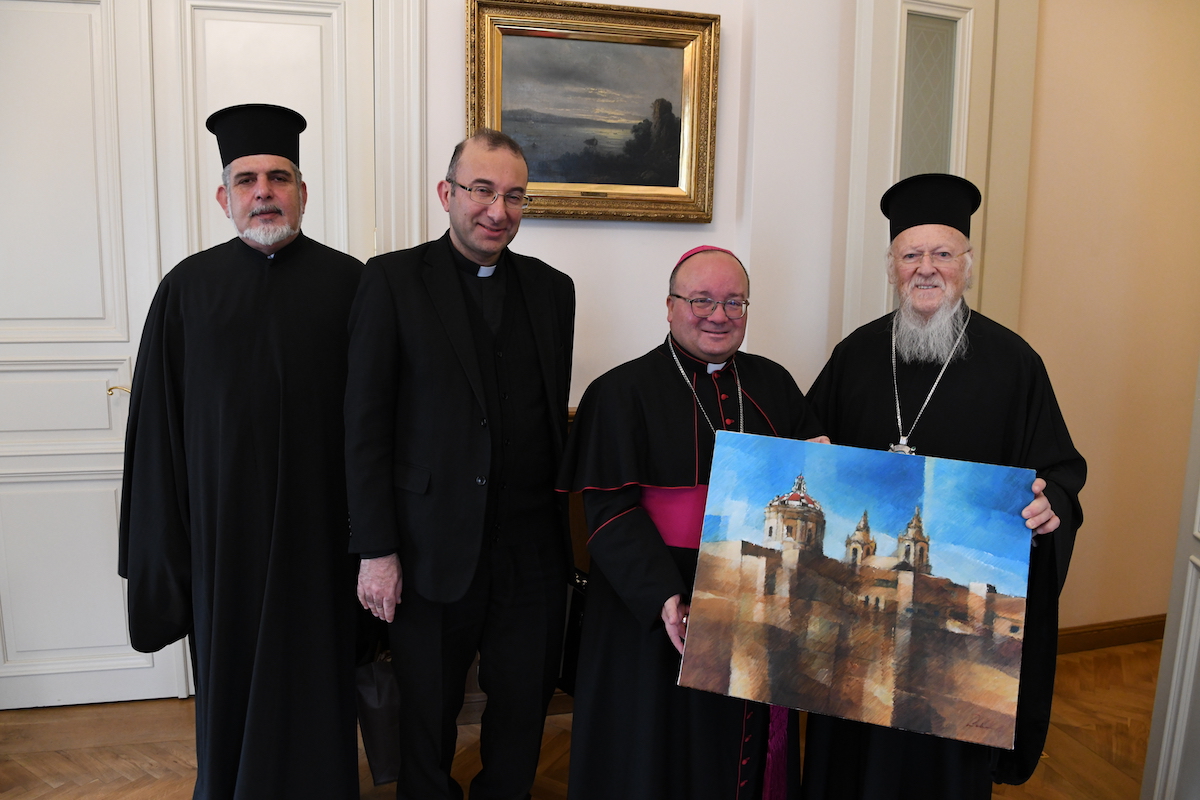 The meeting was also attended by Archimandrite Nathanael Felesakis, a priest of the Metropolis of Italy and Malta, who accompanied Archbishop Scicluna during his visit to the Ecumenical Patriarchate.