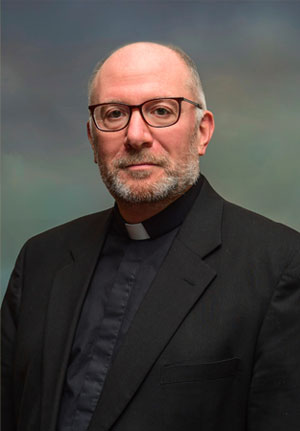 He is the author of The Educating Icon: Teaching Wisdom and Holiness in the Orthodox Way (Holy Cross Orthodox Press). In this book, he proposes a theory or theology of education for the Orthodox Christian Church based on the art, theology, and life of the Byzantine icon. He is also the editor of three other books, and the author of journal articles and chapters in books on Orthodox Christian Religious Education, published both in English and Greek. He has presented papers at numerous academic conferences.

From 2002-2006, he was Director of the Patriarch Athenagoras Orthodox Institute at the Graduate Theological Union, Berkeley, California. He was Associate Professor of Orthodox Studies at the GTU. From 1996-2002, he was Managing Editor of Holy Cross Orthodox Press and Adjunct Assistant Professor at Holy Cross Greek Orthodox School of Theology, teaching courses in Religious Education. From 1999-2002, he was a Lecturer in Religious Education at St. Vladimir's Orthodox Theological Seminary.

Fr. Vrame represented the Greek Orthodox Archdiocese on the Faith and Order Commission of the National Council of Churches in Christ, USA, from 2005 to 2019. From 2008-2013 he was chairmen of the Commission. From 2009-present he is the vice-president of the Orthodox Christian Education Commission for the Assembly of Canonical Bishops. He is a member of the Editorial Board of the journal Religious Education and Treasurer of the Religious Education Association: An Association of Professors, Researchers and Practitioners in Religious Education, of which he has been a member for many years. He served as Treasurer (1998-2005), Vice-President (2005-2007), and President (2007-2009) of the Orthodox Theological Society in America and is leading an effort to create an international academic organization of Orthodox Christian Religious Educators.

Fr Vrame was ordained to the diaconate and priesthood in 2016. He was given the office of Archimandrite in 2019.

Fr. Vrame is a native of Chicago and holds degrees from DePaul University (B.A.), the University of Chicago (M.A.), Holy Cross Greek Orthodox School of Theology (M.Div.) and Boston College (Ph.D. in Theology and Education).