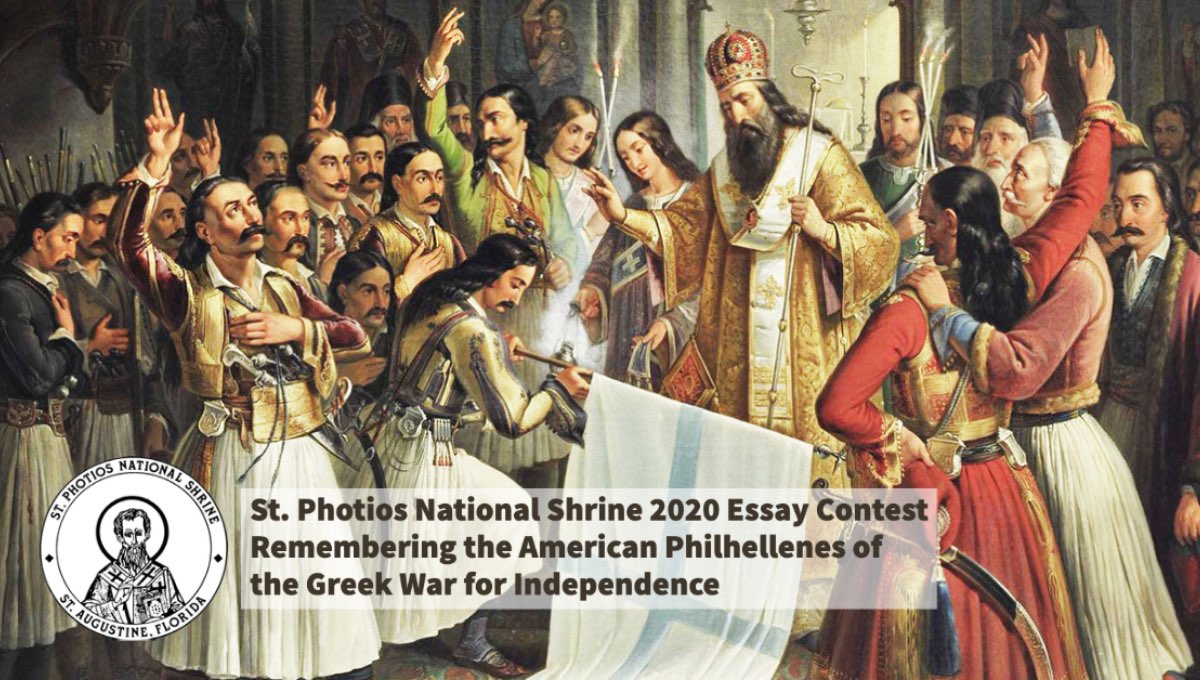 In honor of the 200th anniversary of the Greek War for Independence, which will be celebrated globally in 2021, the St. Photios National Shrine is proud to announce the theme for its annual essay contest, commemorating the great connection shared between the nations of Greece and the United States.

The quest for freedom is an underlying theme in the story of the first settlers who arrived in the New World and whose memory is honored at the St. Photios National Shrine.

This same yearning for freedom is what inspired the people of Greece to raise the banner of independence against the Ottoman Empire for their right to be free after 400 years of subjugation.

This independence movement-- the yearning for freedom, inspired numerous Americans to support the Greek cause, both at home in the United States and in Greece, where some even lost their lives fighting alongside Greek rebels during the War for Independence.

Known as the “American Philhellenes,” these individuals contributed greatly to Greece’s efforts and have left an indelible mark in the history of Greece-U.S. history and the relationship between the two nations.

The St. Photios National Shrine 2020 Essay Contest is made possible by the generosity of The Kathie D’Anna Charitable Trust.

Essay contest theme: Select one of the following "American Philhellenes" and write a historical essay about their unique contribution and significance to the Greek struggle for independence.