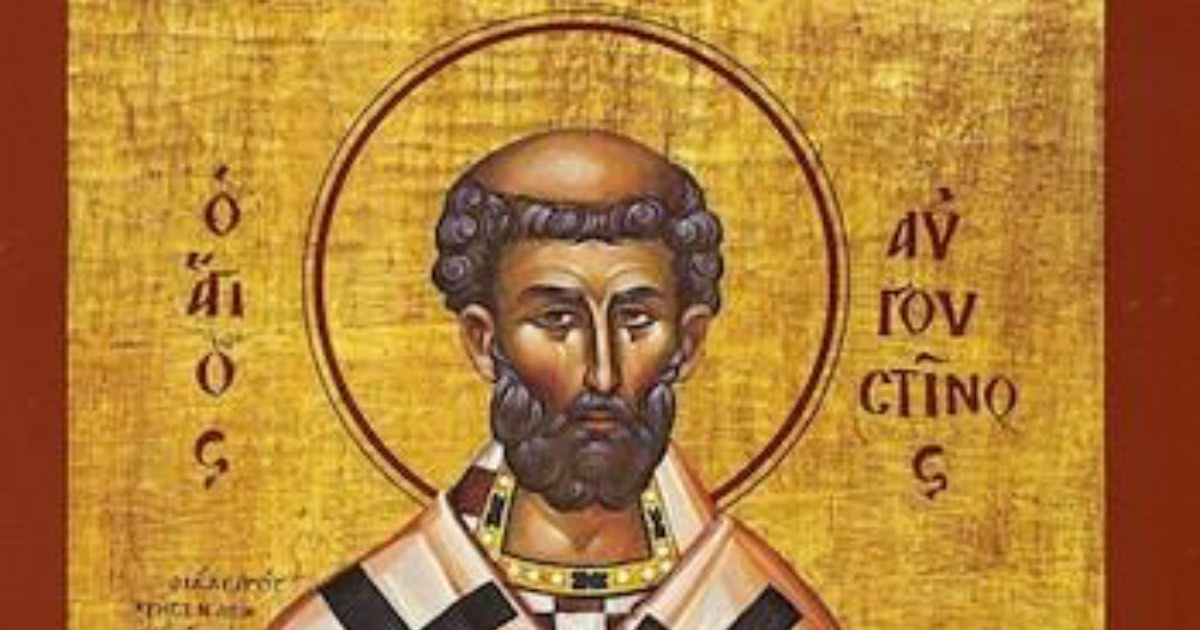 Webinar in Honor of the Feast Day of St. Augustine of Hippo

Augustine and the Orthodox: “The West” in the East

The St. Photios Greek Orthodox National Shrine, located in Saint Augustine, Florida is delighted to present its inaugural webinar, a presentation by Dr. George Demacopoulos entitled “Augustine and the Orthodox: The ‘West’ in the East,” on Monday, June 15, the Feast of Saint Augustine of Hippo.  The event is hosted online by Fordham University.  The free broadcast will be live-streamed and open to all (pre-registration required here) https://securelb.imodules.com/s/1362/18/interior.aspx?sid=1362&gid=1&pgid=8570&bledit=1&dids=300 The event will include live audience questions. For those who miss the live broadcast, the Shrine will archive this unique event on its website and Facebook page.

Saint Augustine was born in the city of Thagaste in northern Africa. He was raised by his mother, St Monica (May 4), and he received his education at Carthage. In the capacity of professor of rhetoric, Augustine arrived at Milan, Italy where St Ambrose (December 7) was bishop. Under the guidance of St Ambrose, Augustine studied the Holy Scriptures.

The Word of God produced in his soul a radical crisis; he accepted holy Baptism, gave all his wealth to the poor and was tonsured as a monk. In the year 391 Valerian, Bishop of Hippo, ordained Saint Augustine a priest, and in 395, appointed him vicar bishop of the see of Hippo. After the death of Bishop Valerian, St Augustine took his place. During his 35 years as bishop, St Augustine wrote many works devoted to combating the Donatist, Manichaean and Pelagian heresies.

St Augustine wrote many works (according to his student and biographer Possidias, the number approached 1030). Of his works the best known are: The City of God (De civitate Dei), The Confessions, 17 Books against the Pelagians and Handbook of Christian Knowledge (The Enchiridion). St Augustine was concerned above all else that his writings b:e intelligent and edifying. “It is better,” he said, “for them to condemn our grammar, than for people not to understand.” Saint Augustine died on August 28, 430.

Events in Celebration of the Feast Day of St. Augustine of Hippo